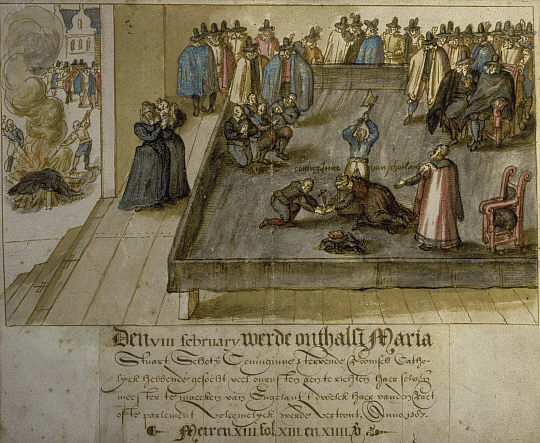 This is out first topic of 2021, we will be looking at historical evidence and getting an idea of the chronology of Scotland’s history.  We will be learning about people and events and putting then in sequence. We will practise our research skills and learn more about the people and events from the time of Mary Queen of Scots.

Lord Darnley, husband on Mary Queen of Scots was found murdered on 10 February 1567

Imagine you are investigating Lord Darnley’s murder. Look at the picture drawn at the time and read these notes:

Lord Darnley was recovering from an illness at a house at Kirk o’ Field near Edinburgh.

On the 9 of February Mary was visiting him at the house. She was going to stay the night but at the last minute she decided to return to the palace for the wedding celebration of Bastian Pagez a musician.

Lord Darnley’s chamber servant Thomas Nelson mentioned how the queen and Margaret Beaton, Lady Reres would play and sing in the garden at night time. This sounds like Mary and Darnley were on good terms.

On her way home she met a palace servant. He had soot on his face. Mary commented on it. The servant went red and said nothing.

Strangely, that night Lord Darnley had given orders for his horses to be ready at five o’clock next morning. This was unusually early. Especially for a sick man.

Mary arrived back at the palace and went to bed. She was awoken by a great explosion. The Earl of Bothwell sent messengers to find out what had happened.

They found that the house where Lord Darnley was staying had been blown up. All that remained of it was a pile of rubble. People began digging a for survivors. They found some bodies but they could not find Lord Darnley’s.

Then someone found the bodies of Lord Darnley and his servant in a garden near by. Next to the bodies were a chair, a dagger, a cloak and a coat. The bodies were dressed in their nightshirts, There was no sign that they had been blown up. Nor was there any other sign of how they had died.

What do you think happened? Did Mary plan to have Darnley killed. English spies were known to be active, were they trying to destabilise Mary and Scotland? Was Mary trying to get revenge for the murder of Rizzio? Was Bothwell, who on to marry Mary a few moths later involved?

Create a report on what you think happened, illustrate it. You can present your ideas in any way you like, video, audio, written.

There are two main tasks this week.  1. Darnley & Riccio 2. The Murder of Lord Darnley

Mary married her cousin, Lord Darnley. People did not like him. Mary soon went off him, too. Lord Darnley was jealous of Mary’s friend, David Riccio. Lord Darnley and his friends murdered him.

Watch the video, listen and read. Look at the paintings and then answer the questions.

The Murder of Lord Darnley

Lord Darnley was murdered a few months afterwards Riccio. The murder is still a mystery.
Lord Darnley was recovering from an illness at a house at Kirk o’ Field near Edinburgh… listen 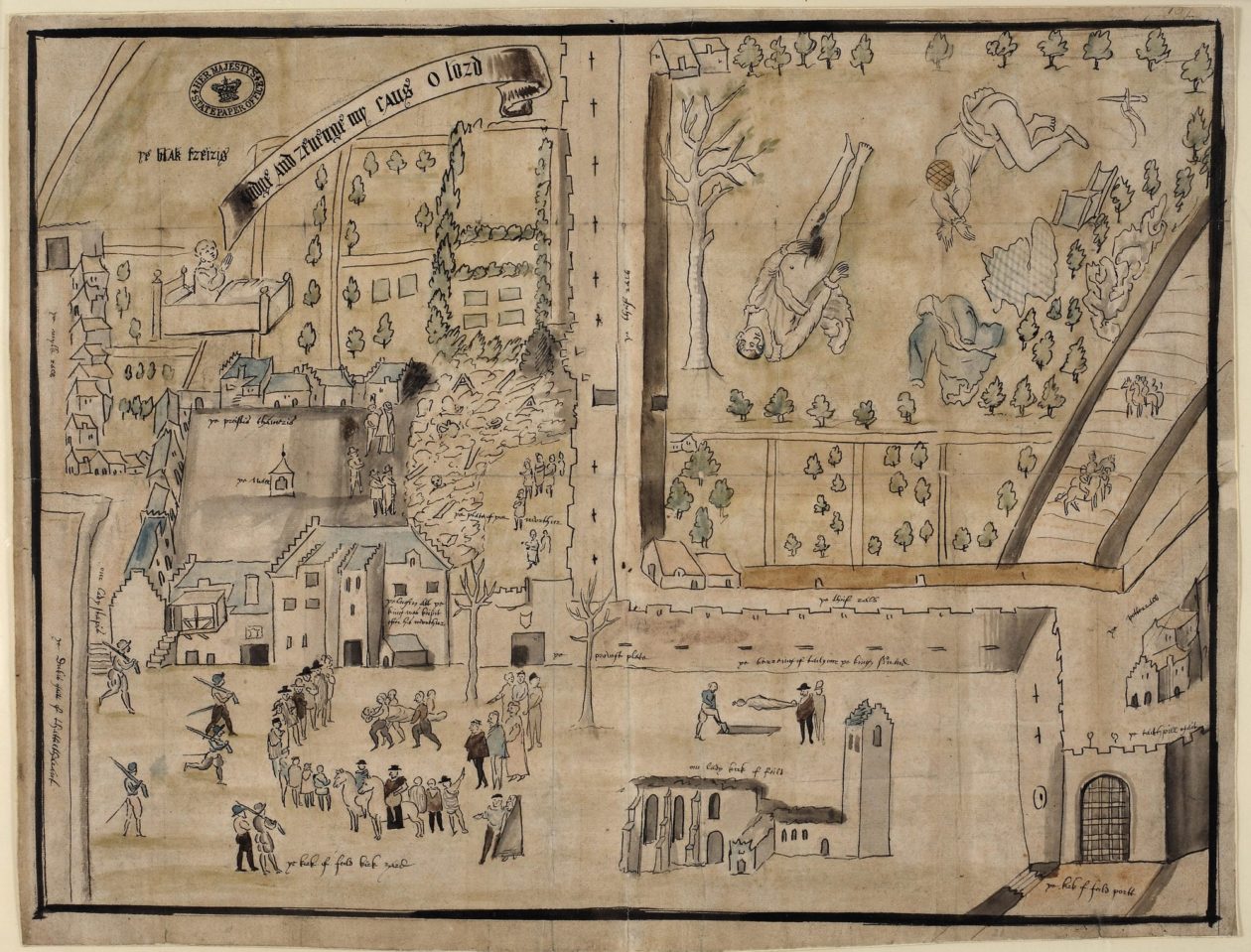 This sketch was drawn by an unknown artist soon after the murder of Lord Darnley on 10th February 1567. The house in the town square where Lord Darnley was staying is drawn as a pile of rubble. It had been blown up by a great explosion of gunpowder. His body lies next to his servant’s in a garden. Near by are a chair, a dagger, a coat and a cloak. Lord Darnley’s body is also shown in the bottom left-hand corner being carried away. In the top left-hand corner Mary and Lord Darnley’s son, James, calls for revenge from his cot.

There are two main tasks this week.

Queen of Scots led an interesting, but tragic, life. She was six feet tall and thought to be very beautiful. She married three times. She was queen of two countries and claimed to be queen of a third. She was involved in two murders. She was put in prison for eighteen years and finally had her head chopped off.

Read the information above and look at these paintings, use them to answer the questions below.

Mary became Queen of Scotland when she was six days old.

When she was fifteen, she married a French prince. He became King Francis Il of France. Mary became his queen.

She also claimed to be Queen of England. This was because she was related to Henry VIll.

But when Francis Il died a year later Mary was no longer Queen of France. She had to return to Scotland.

The Scots had changed their Church while she had been away. This caused problems because Mary preferred the old Church. But she solved her problems and reigned well for a few years.

Sort out the list into the correct order.  Screenshot it and put it in the Teams Other Tray assignment on the day you do it.

Choose 1 or 2 of the years to find out more about. Create a slide or image to show what you have learnt. Upload it to the Teams Other Tray assignment on the day you do it. Bring it along when you come to the Friday Meet.

Spend some time getting an idea about Mary’s life. Don’t try to read all these pages, just finds one that suits you.

Use one of these files to record some of your findings.