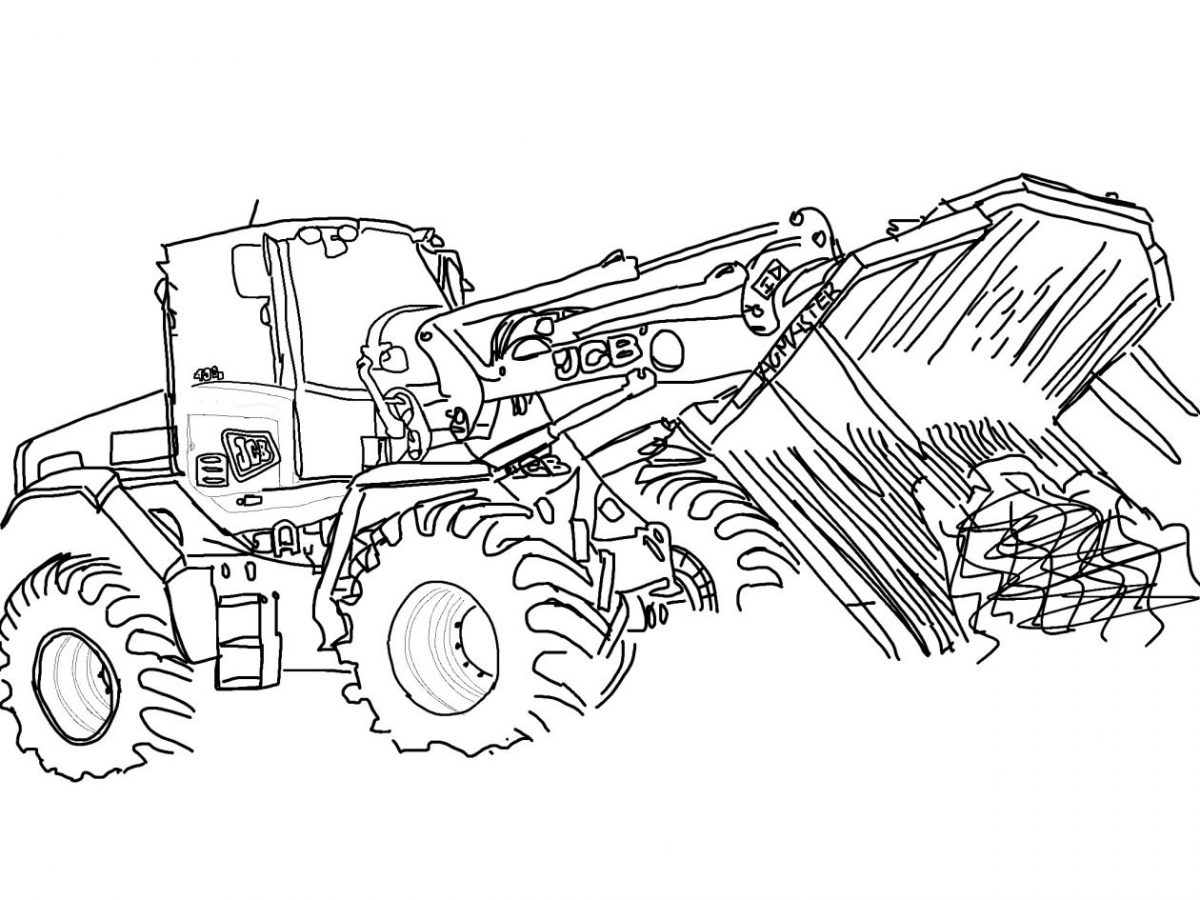 HOW TO TRACE YOUR LIFE ON BRUSHES REDUX

THINGS YOU WILL NEED

Today I am going to be telling you how to make a photo that you have drawn thanks to an app called BRUSHES REDUX.

1.First go onto safari and look for a photo you would like to draw on and if you don’t want to then go onto camera and take a photo of something.
2.Hold down on your screen on the photo you want and a pop up will come up saying copy or save image click save image.
3.Now go into brushes redux and make a new picture landscape way or portrait way.
4.Press the import button and click your photo then make sure it almost fits the page (if possible)

5.Now drag the photo you took or the one off the internet to the bottom by going into layers and using the drag icon then lock the bottom one
6.Now draw around your photo and end up with stunning detail if you zoom in but it may become a wee bit more pixelated.
7.Once you are finished your photo click the export button and send it to photos.
8.Now if you want you can print your photo and put it up on your wall . HORAY 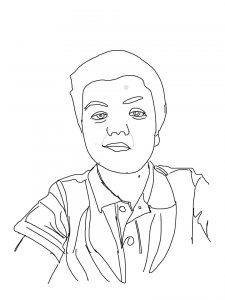 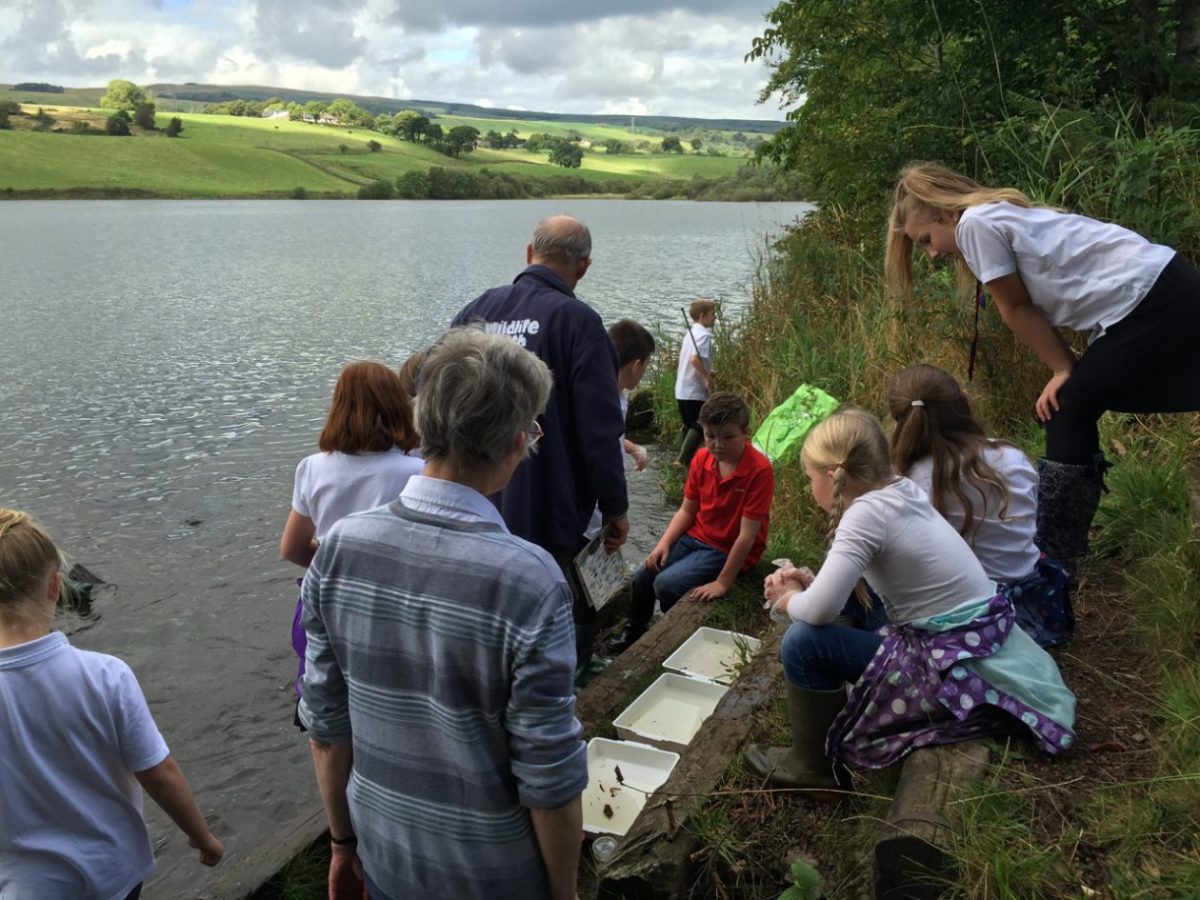 On the 7th of September 2016 Mr and Mrs Carter took us on a walk to Banton loch. Before we went we got our jackets and wellies on but some people brought a change of clothes. When mr and Mrs Carter got to the school they told us to get a pen and paper to write this down that we found.

On the way down we passed the Mill pond and there was a swan, ducks and there were swallows.  Swallows are a type of bird that when they are hatched it has a couple of weeks to catch as much food as it can and when is has eaten a lot of food it flys all the way to Africa. It has to find its own way there and back with no food or plane.

The reason why we were going to the Banton loch is to know more about the water wildlife. We also saw a puddle of  orange water which  you should never go into because it is iron from the mines and you could get stuck in it.

Once we got to the loch we got put into groups of 4 and each group had an adult and I was in a group with Mrs Carter, Zara, Alex and Ellie. Each group had a child net and an adult net and Alex and I took the adult net and went searching and Zara and Ellie took the child net. Alex and I found a land slug on a rock in the water but it wasn’t supposed to be in the water that’s why it’s called a land slug. Alex and I found 3 land slugs but they were all on rocks. 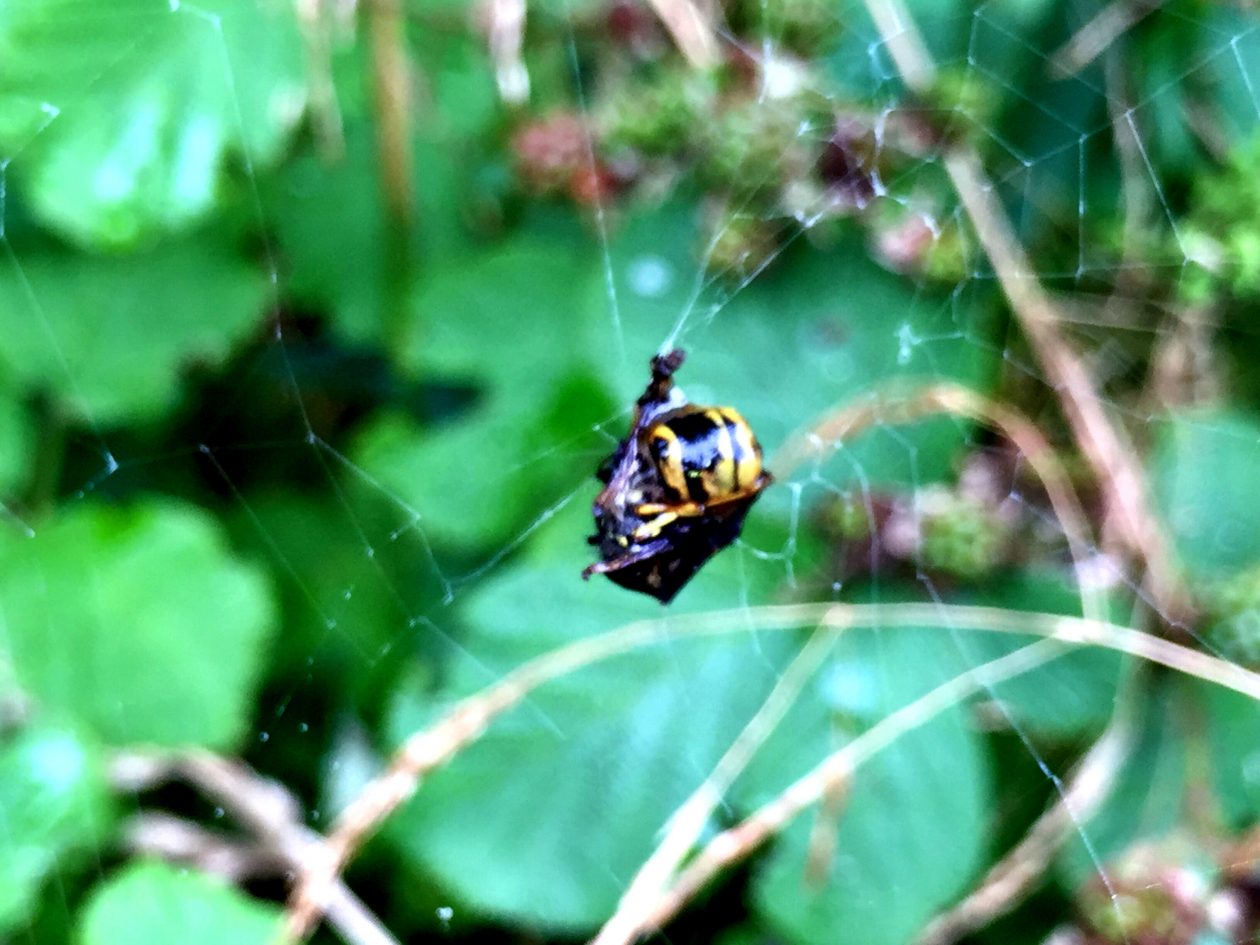 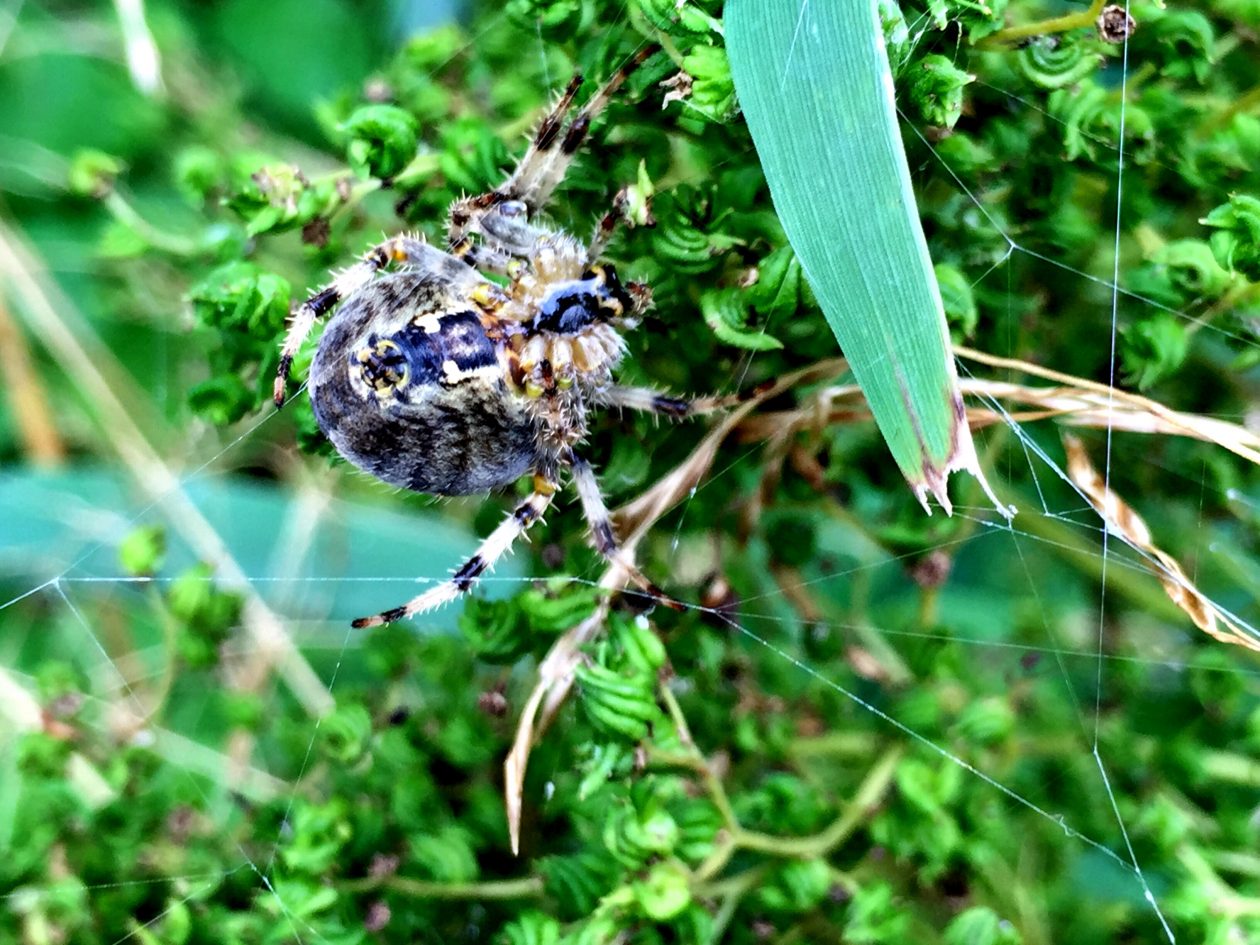 Then Alex and I saw a bug flying around above the water and I caught it with my hand and took it to Mrs Carter then we put it in a tub that is has a magnified lid to you could see it better. Then Alex and I moved to another part of the water and I found a very big spider hanging from its web and it was eating a wasp and it was quite creepy. One of the groups found 4 fish. Once people had found a lot of things everyone got to see the creatures that other people found.

Then once mr Carter had showed us the creatures he put them back in the water Then we headed back to school and on the way back everyone was eating brambles. When we got back to school we took our very dirty wellies off and we wrote things on the board that we saw and found after that we said good bye to Mr and Carter then we went home. I Loved the walk and it was very fun.

The Biggies worked hard on paintings for the Banton Flower Show art competition which is on Saturday. We looked at pictures by Georgia O’Keeffe and worked with either hot or cold colours for the most part. 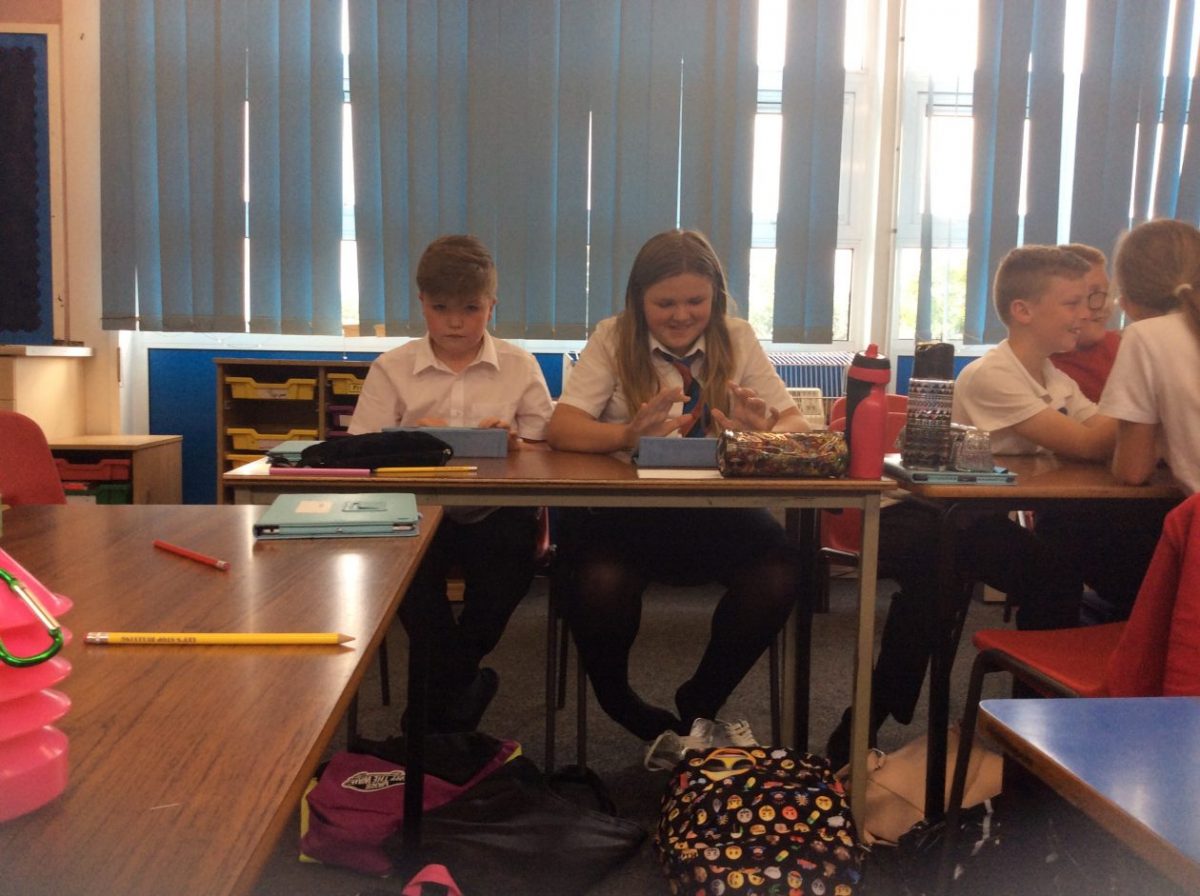 This year our teacher gave us iPads 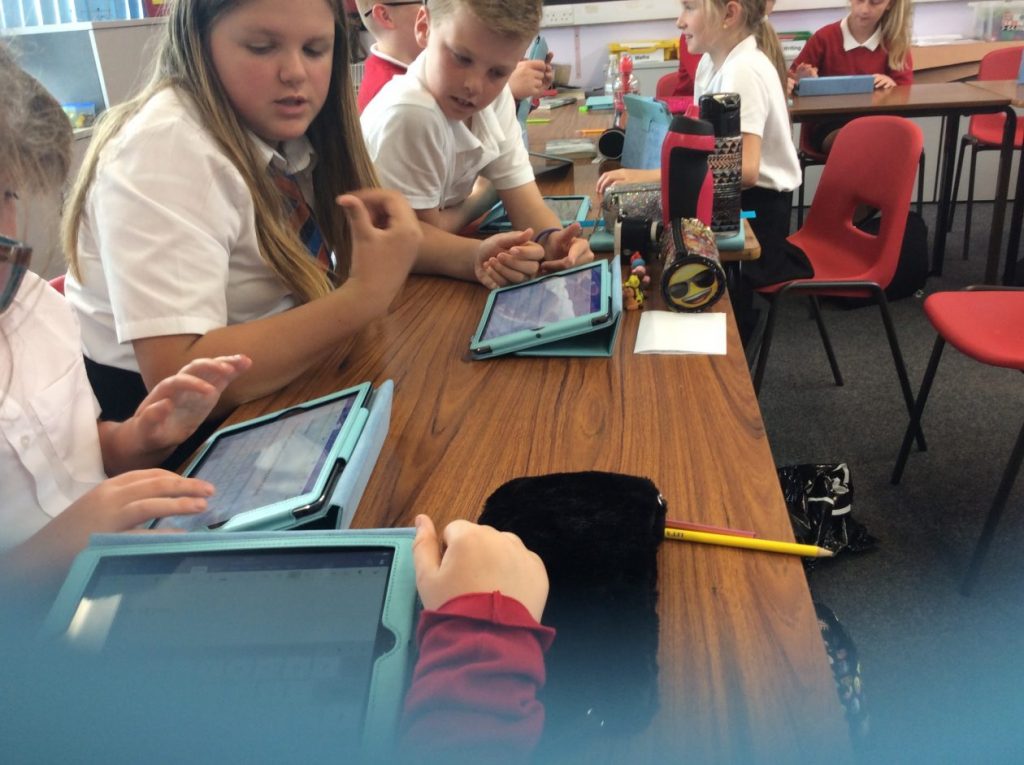 We have done some work on these iPads and do taught writing too and we have done a little bit of maths. Sometimes we log on to glow and use yammer. We spend some afternoons and mornings on our iPads we do reading tasks too.

They will be useful to help us work and learn and have fun there are cool apps.We all know how to create documents and share them and we have set up our own blogs and eportfollio. We have used yammer it is an app so we can talk to people. We do art work on these iPads. 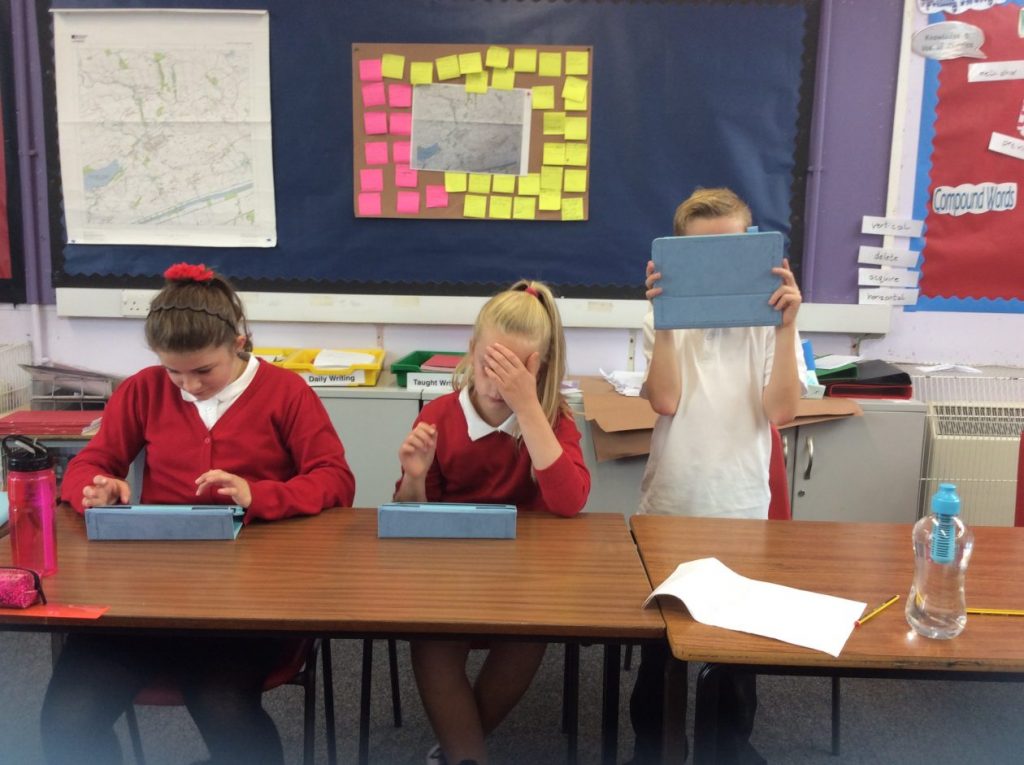 We have good fun on these iPads learning and working and having fun.

This year we have been doing some art work and we made some silhouettes and we made them all different colours. Lots of us made them different kinds of flowers and they all looked really cool.

Here is a picture of the work that we have done of the flowers.
We were thinking of the different shapes and colours and how they went together. The pictures were stuck together on black card.

We did this other piece of art when Mr. Johnston gave us a flower and we had to sketch it out. We had to draw flowers while looking at them so they had more detail. 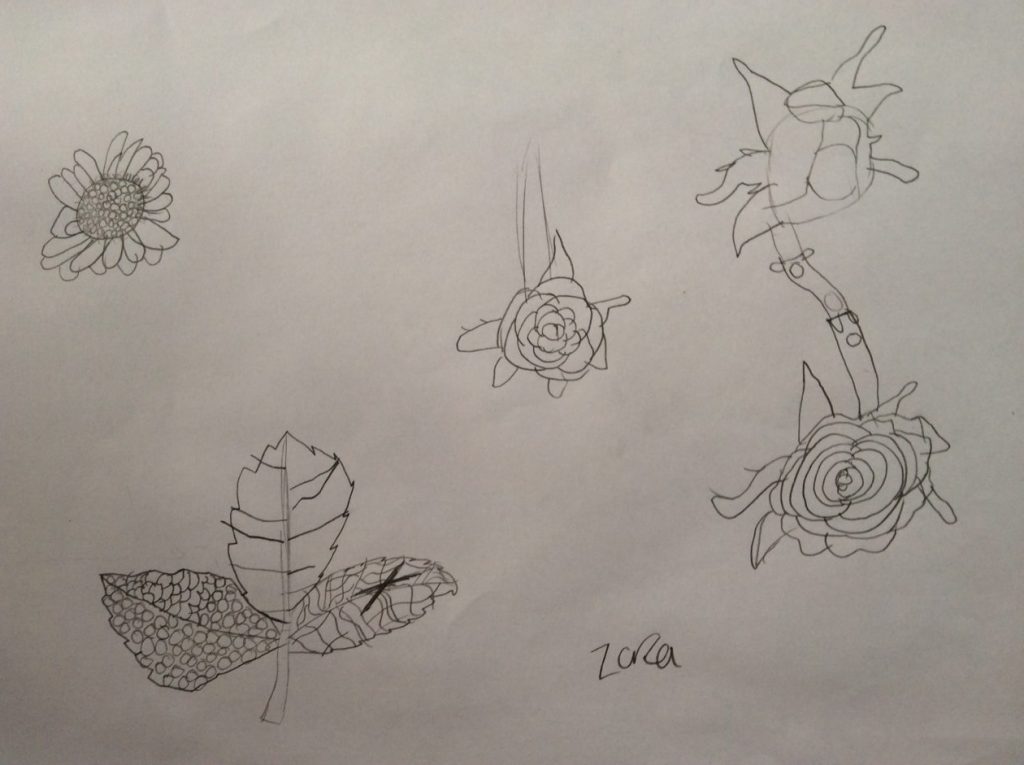 We also made a pattern of leaves thinking about the negative shapes. 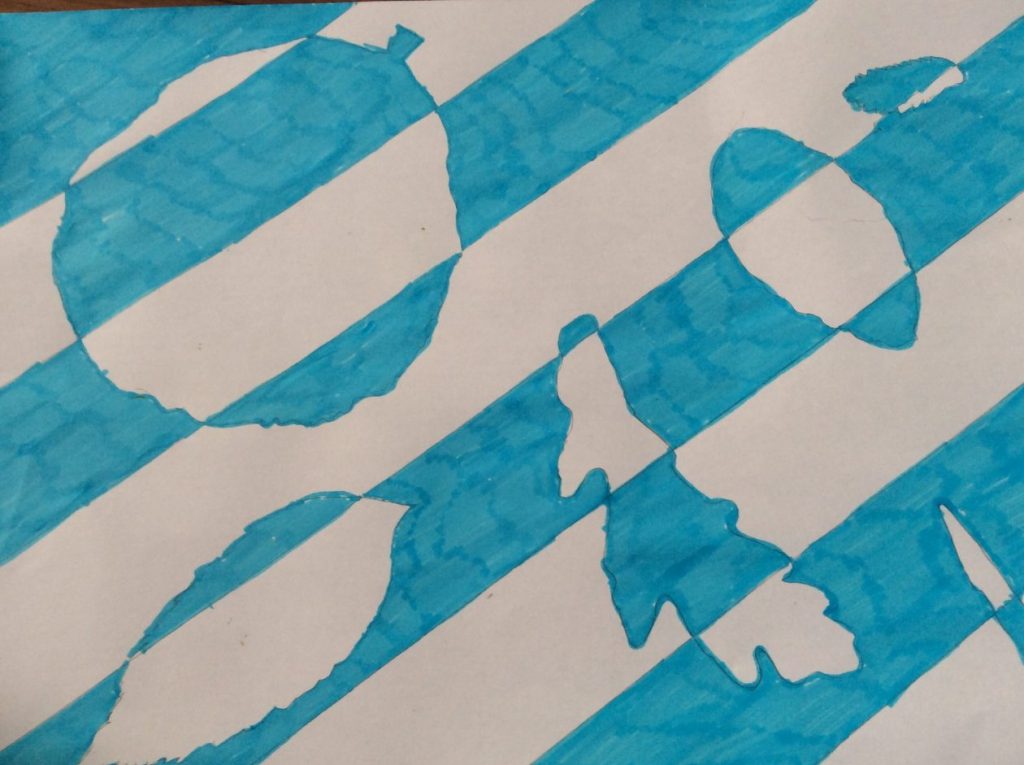 These pieces of work are for the Banton flower show. We are going to be making one more piece of art and we will be picking out of one of them each to send to the show.

By Alex, Ellie and Luke