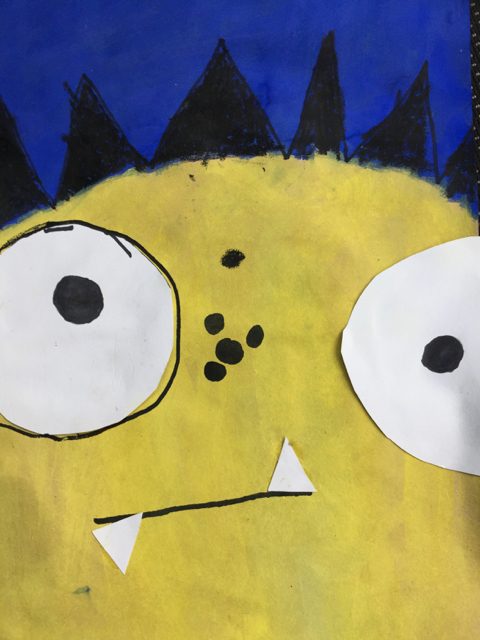 We had a really busy week with the 50th Birthday celebrations and halloween. Hopefully we will get the blog updated a bit next week, until then you can see the art work the p5-6-7 produced for the Kilsyth Co-Op halloween art competition. 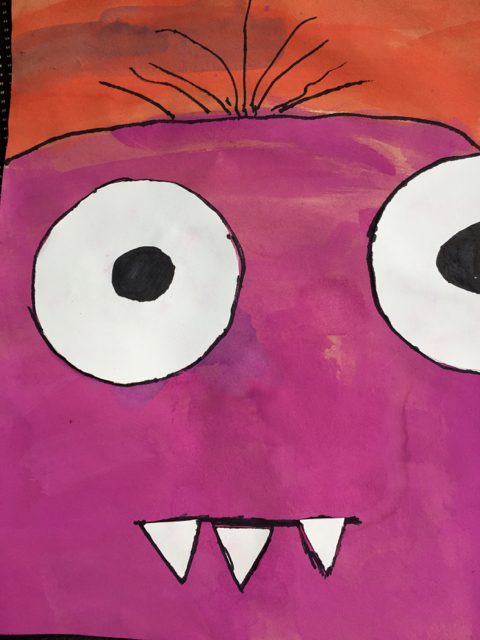 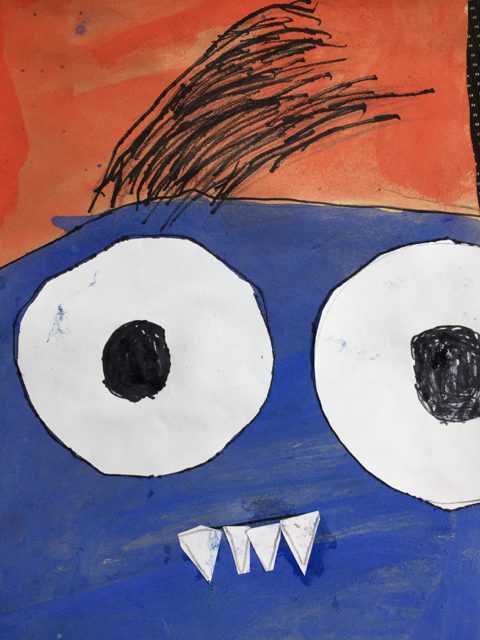 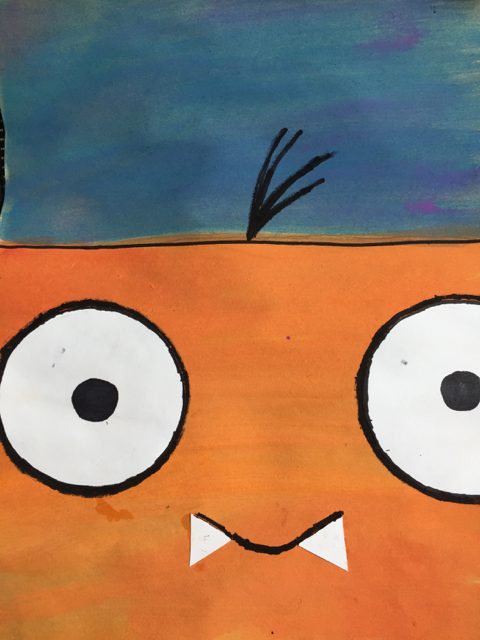 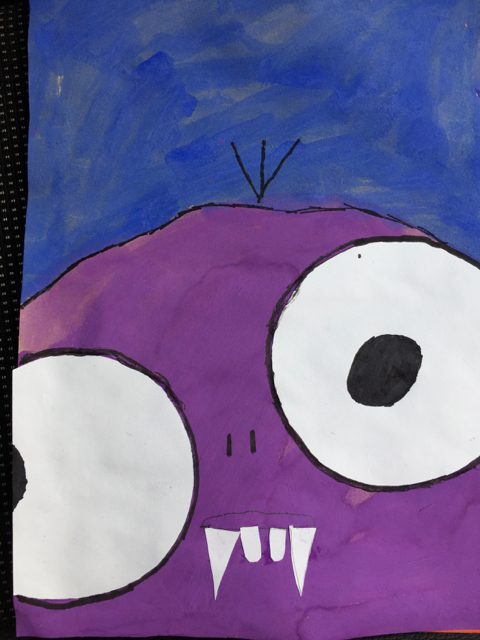 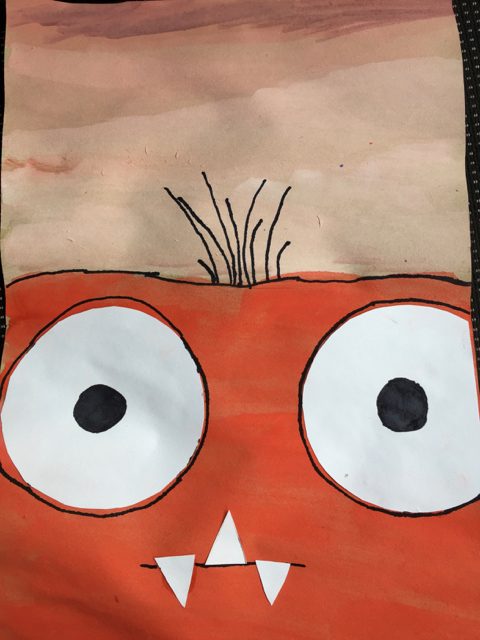 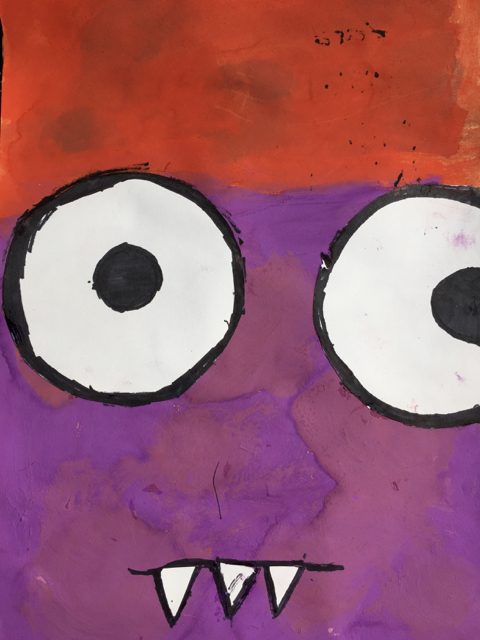 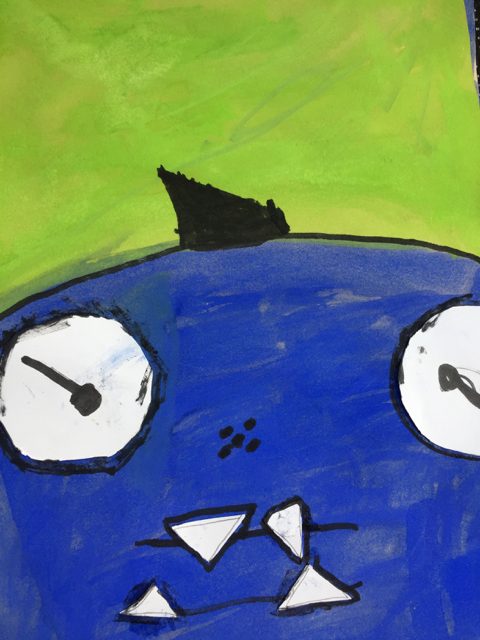 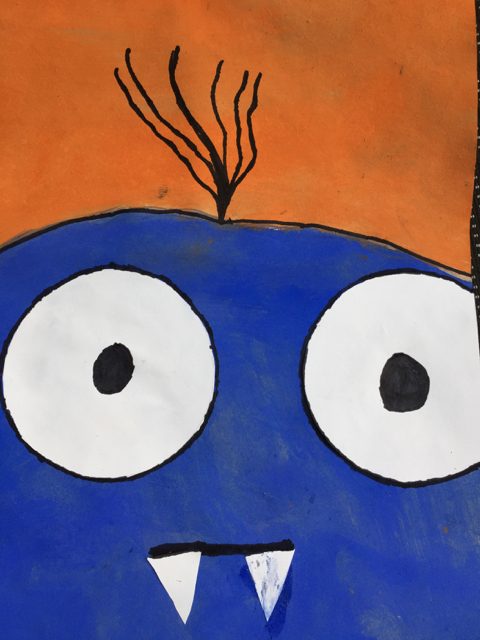 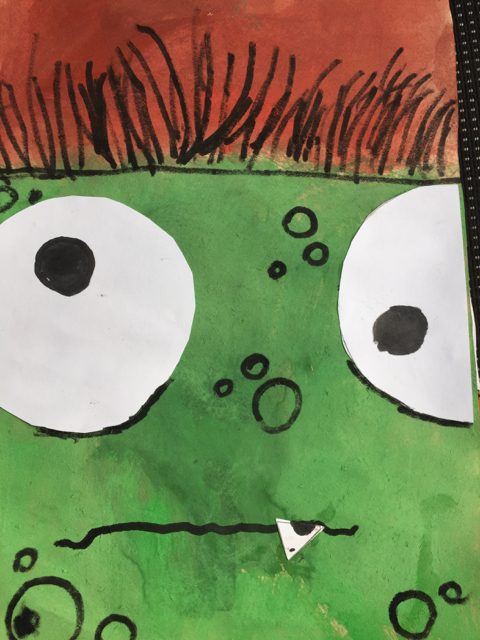 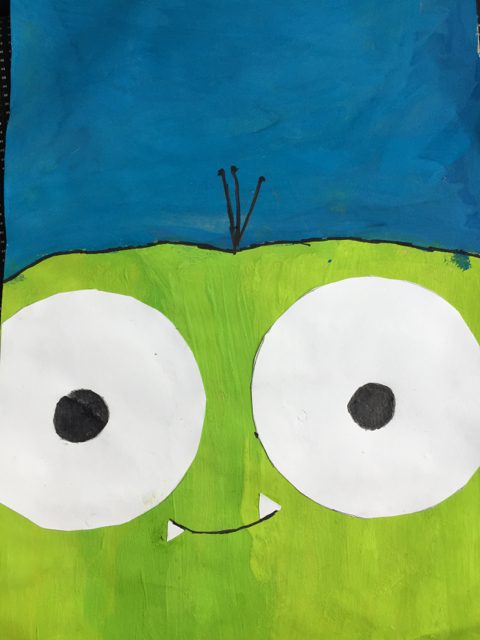 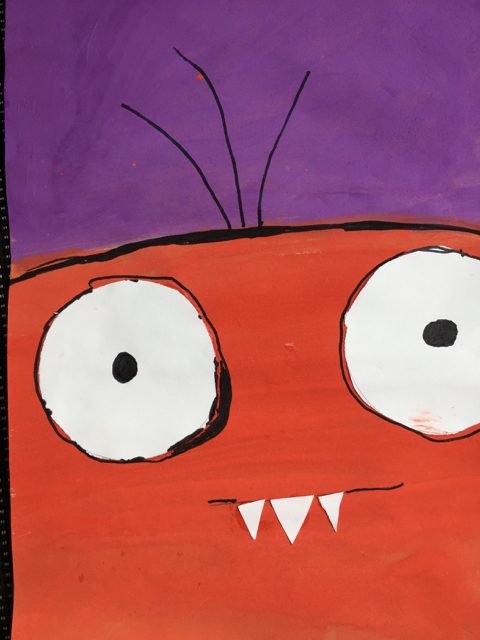 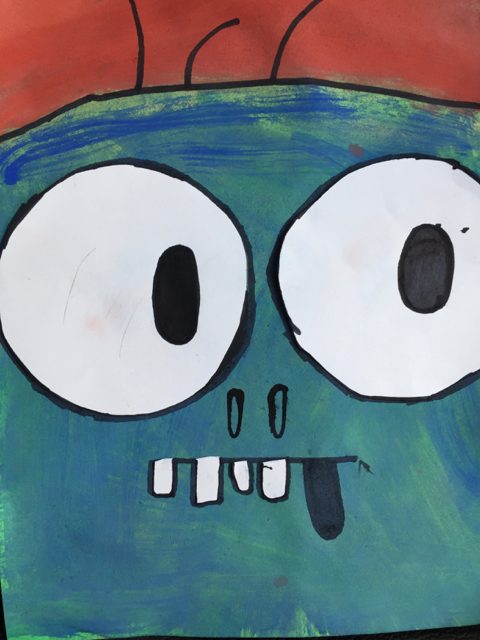 On the 20th of September Primary 5-6-7 had a visit from Mr and Mrs Carter and Mr Coalman. We learnt a lot about the mining history of Banton.

We have been making this podcast ever since. It has taken quite a long time as we lost all the audio and had to record again!

The Children took some pictures on the day: 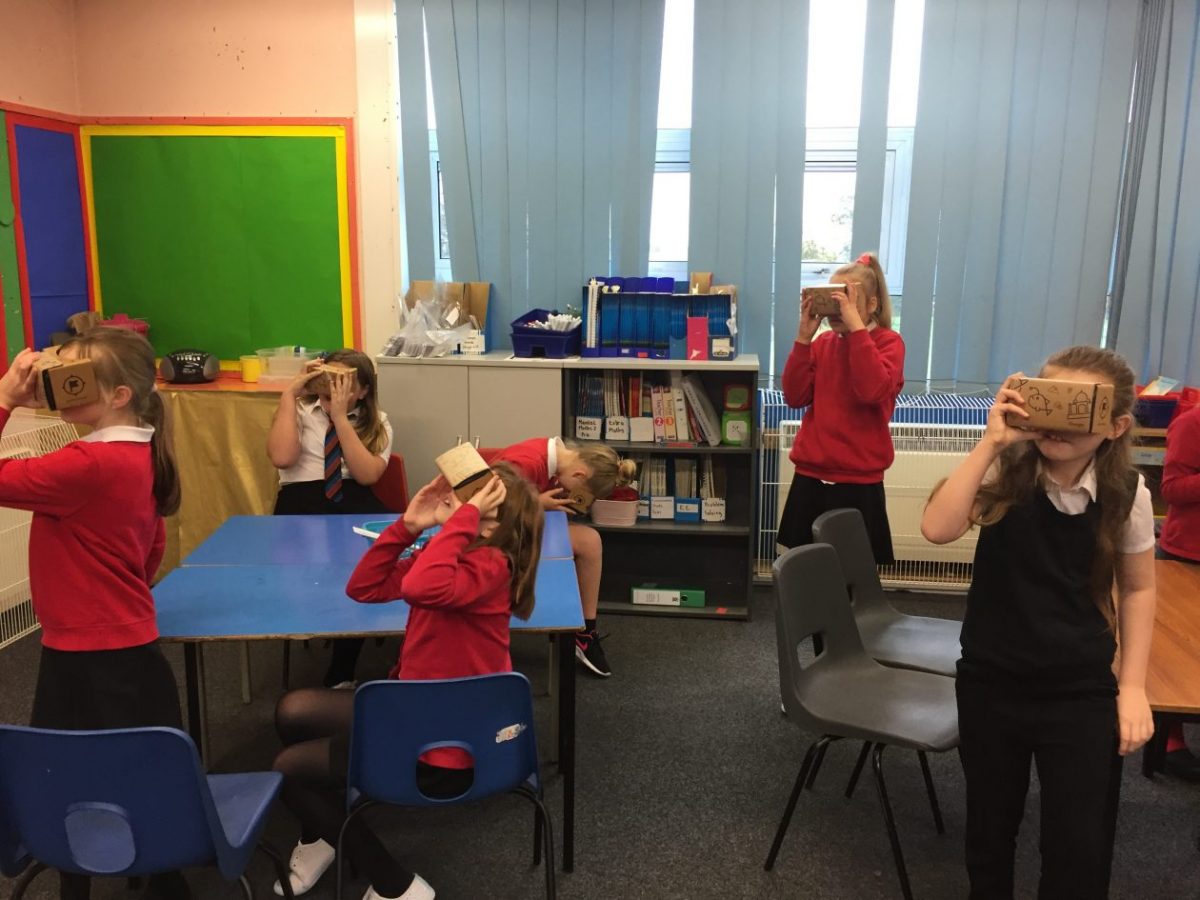 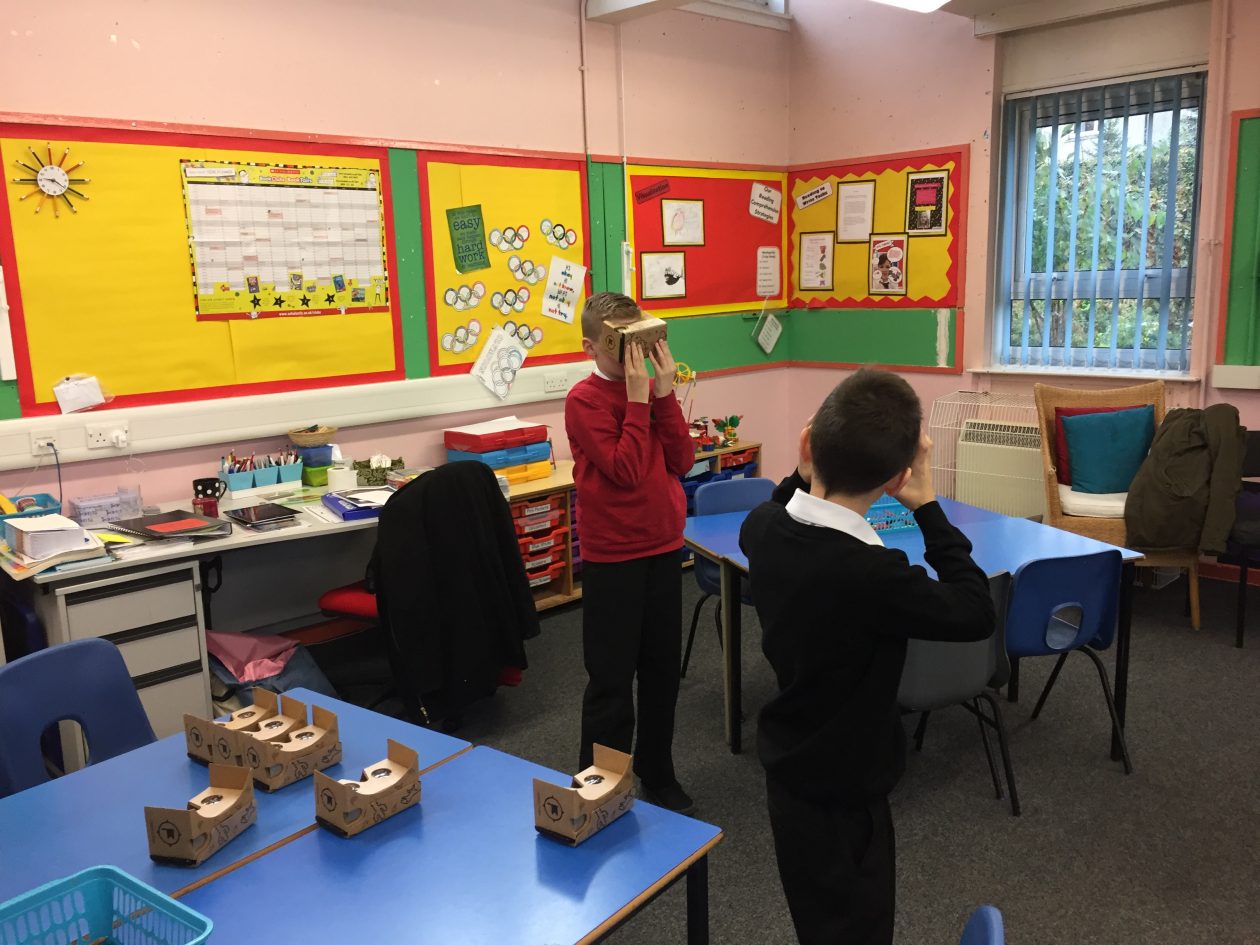 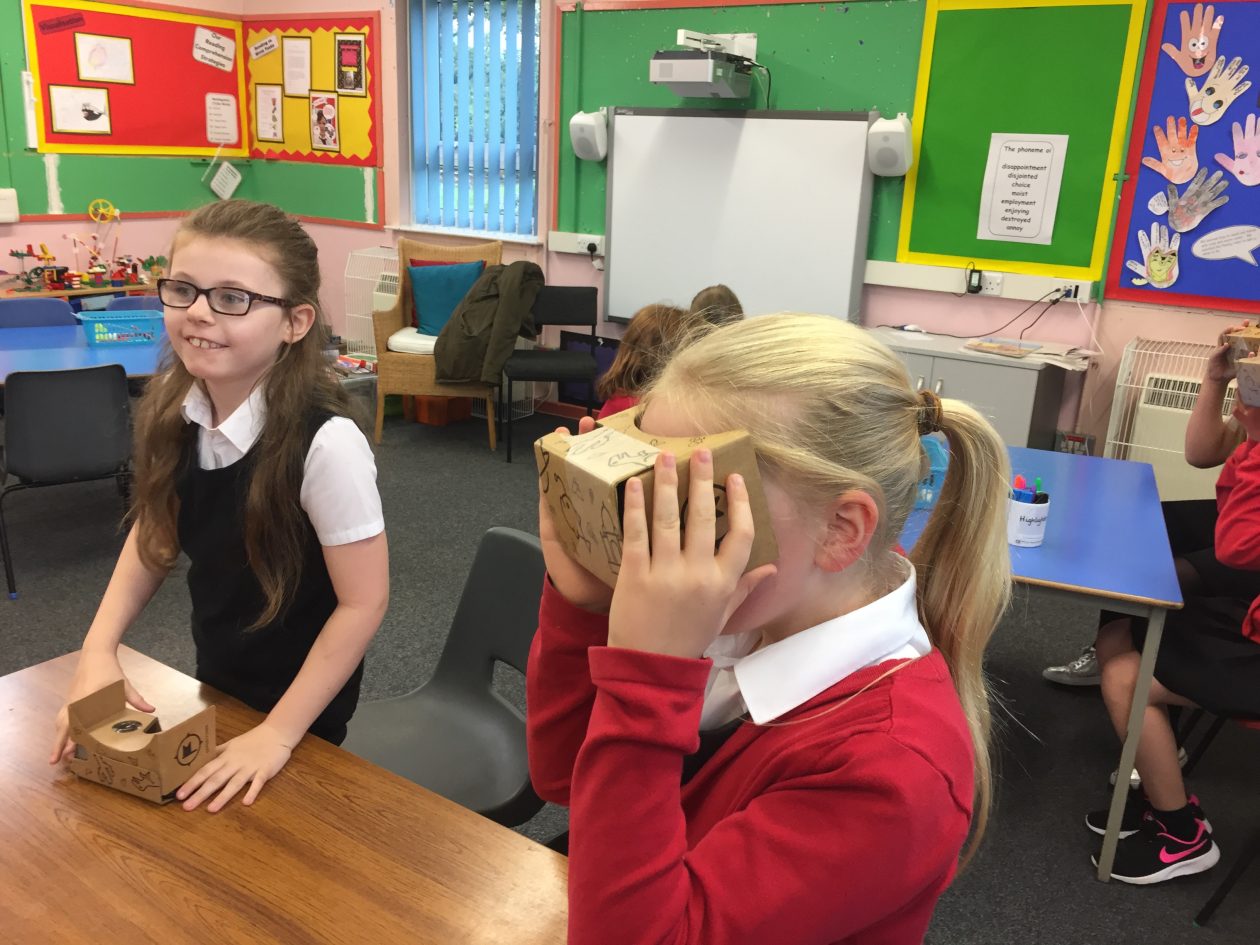 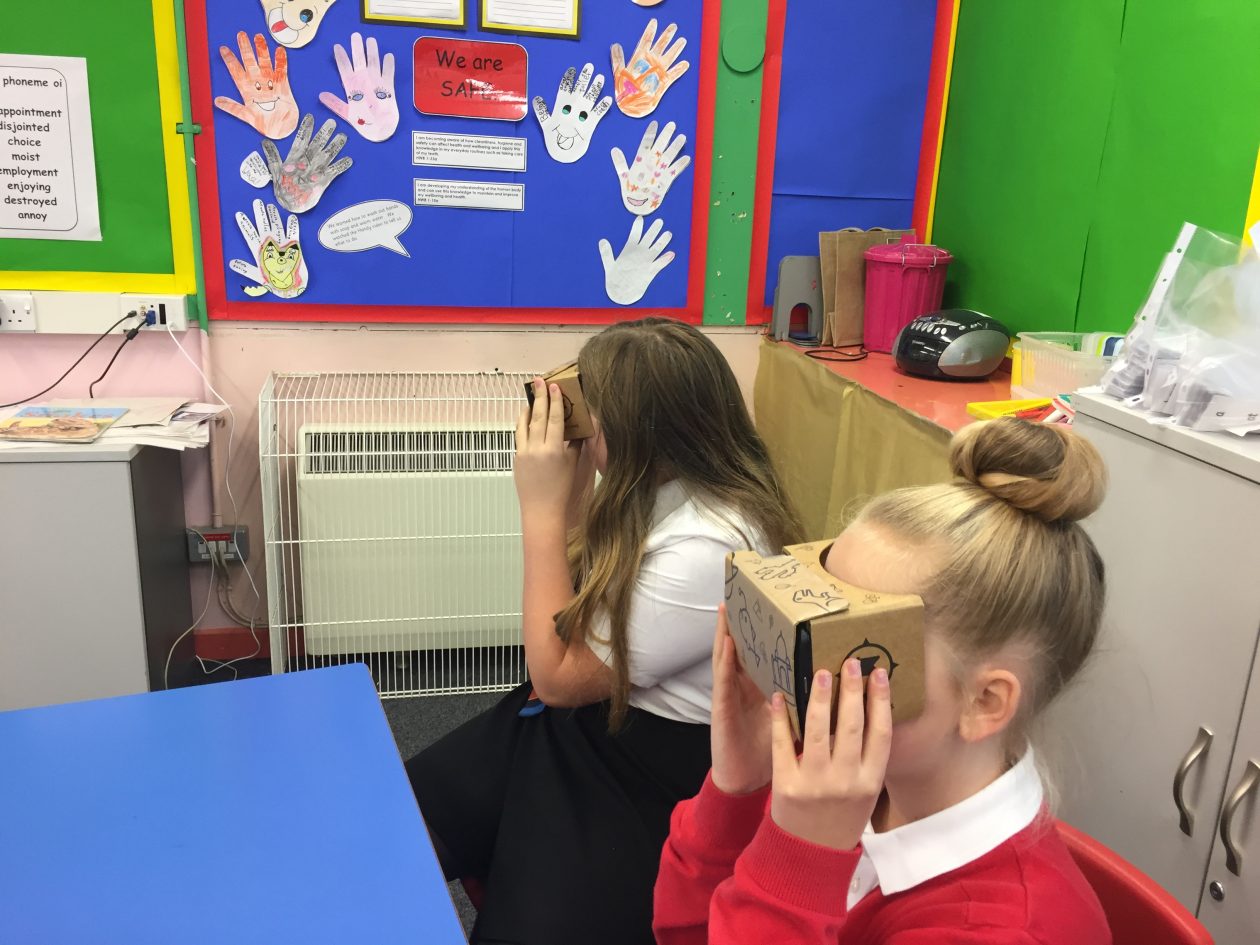 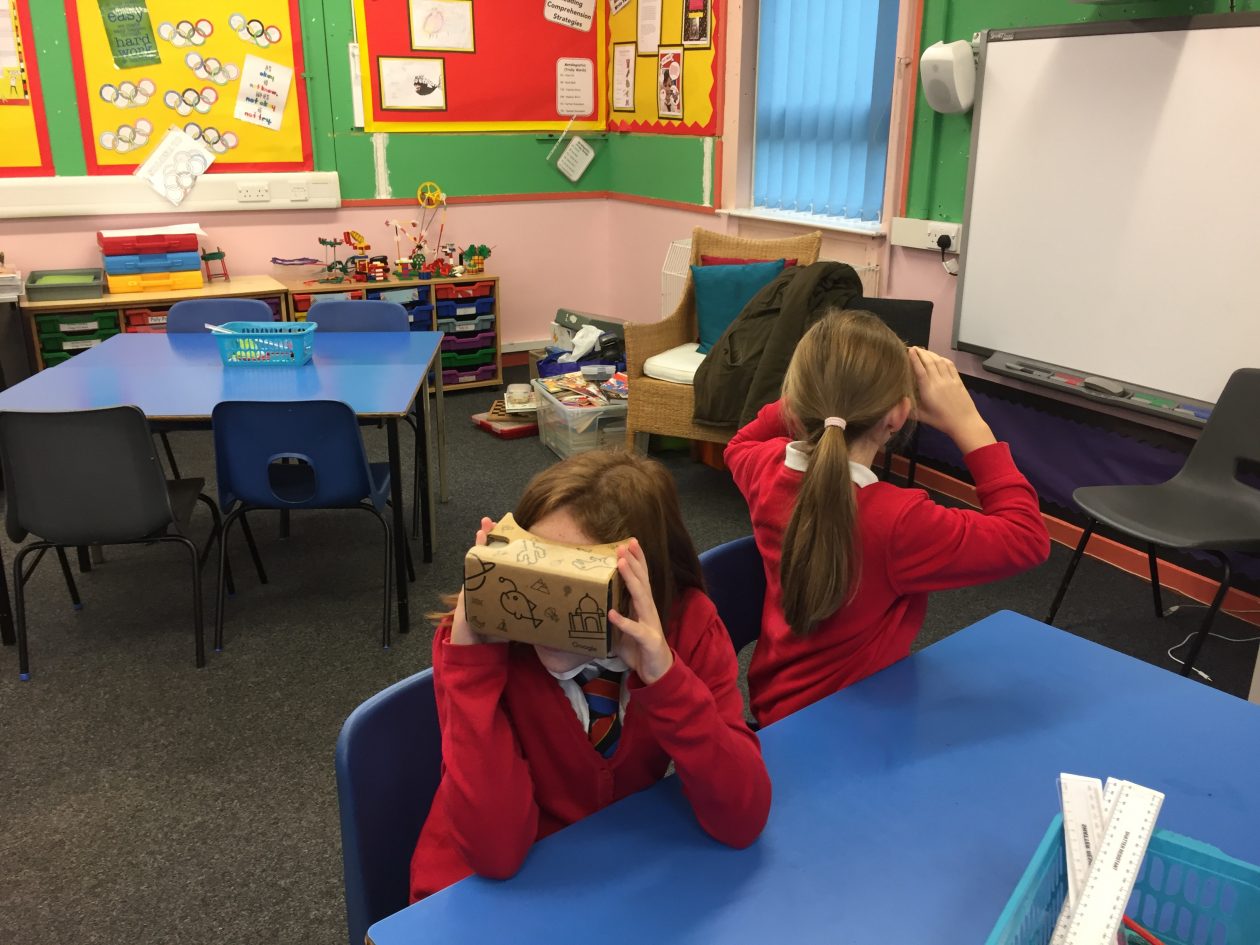 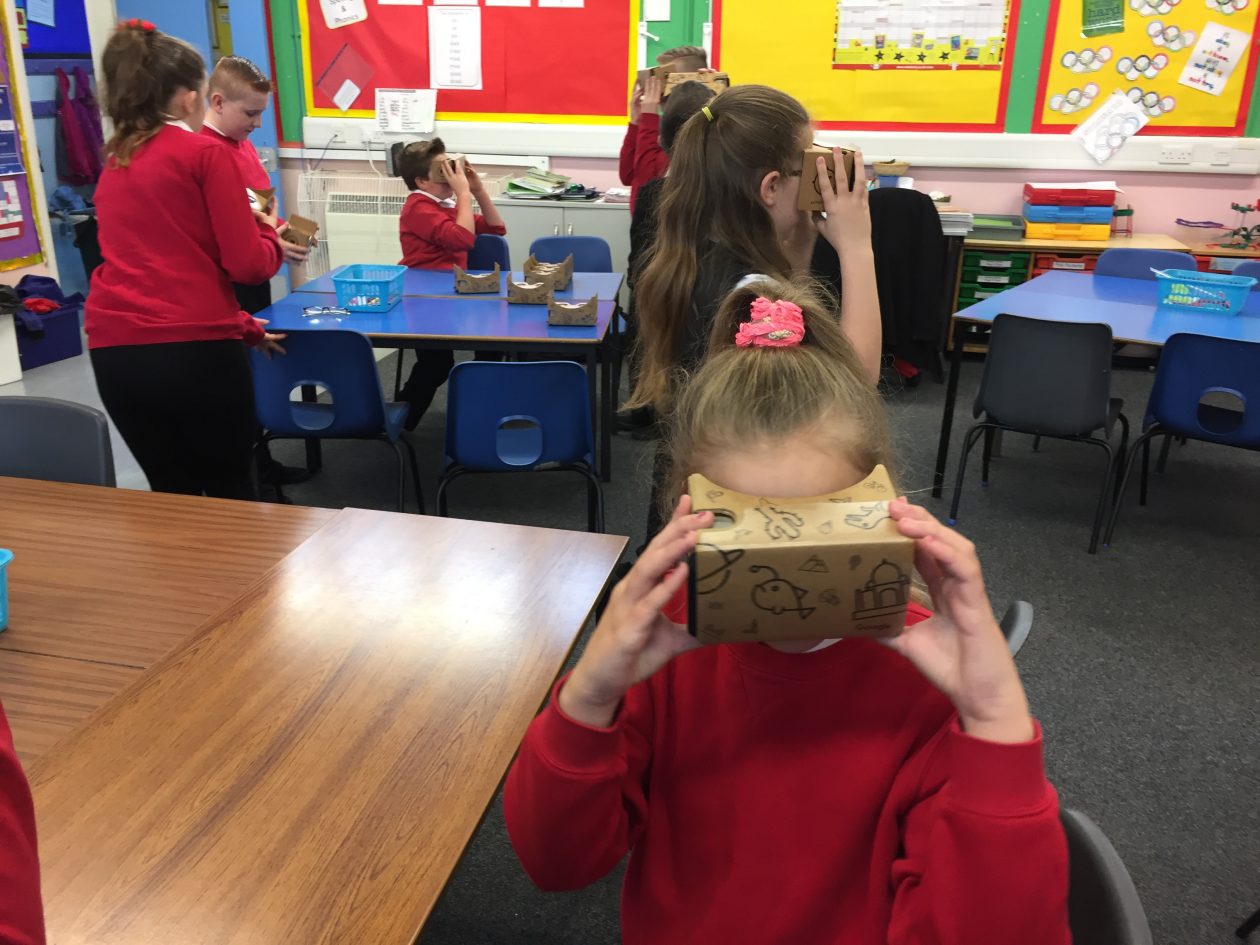 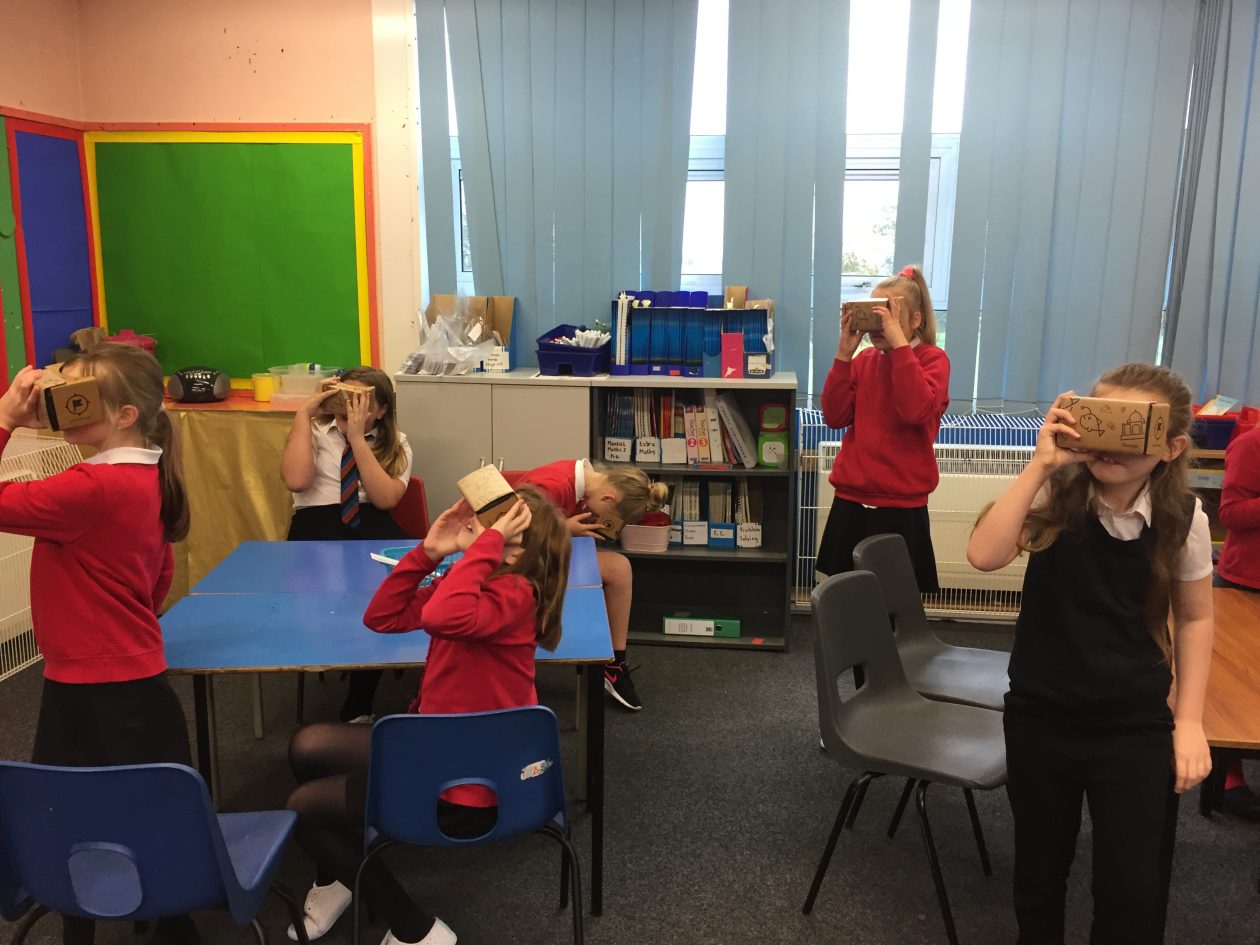 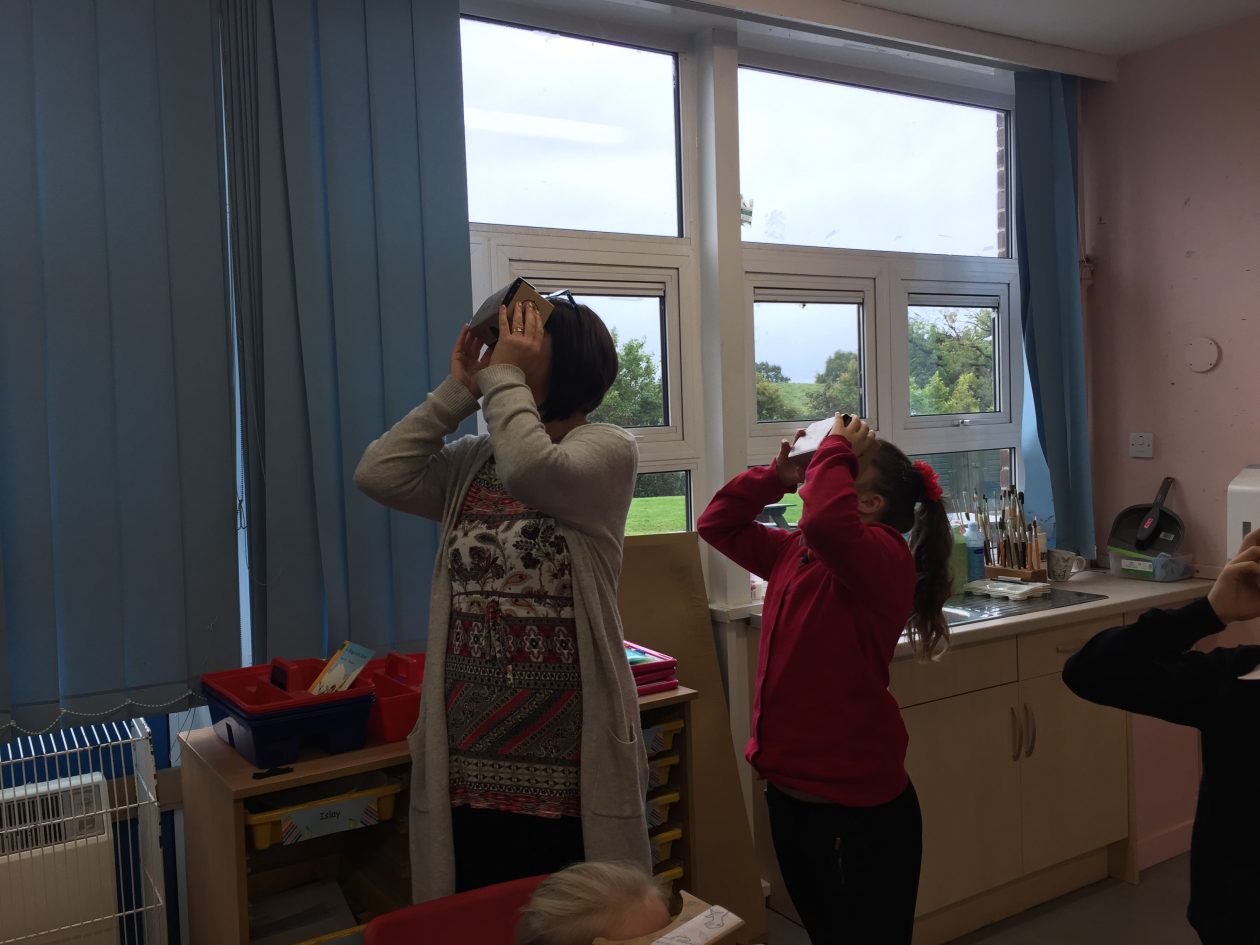 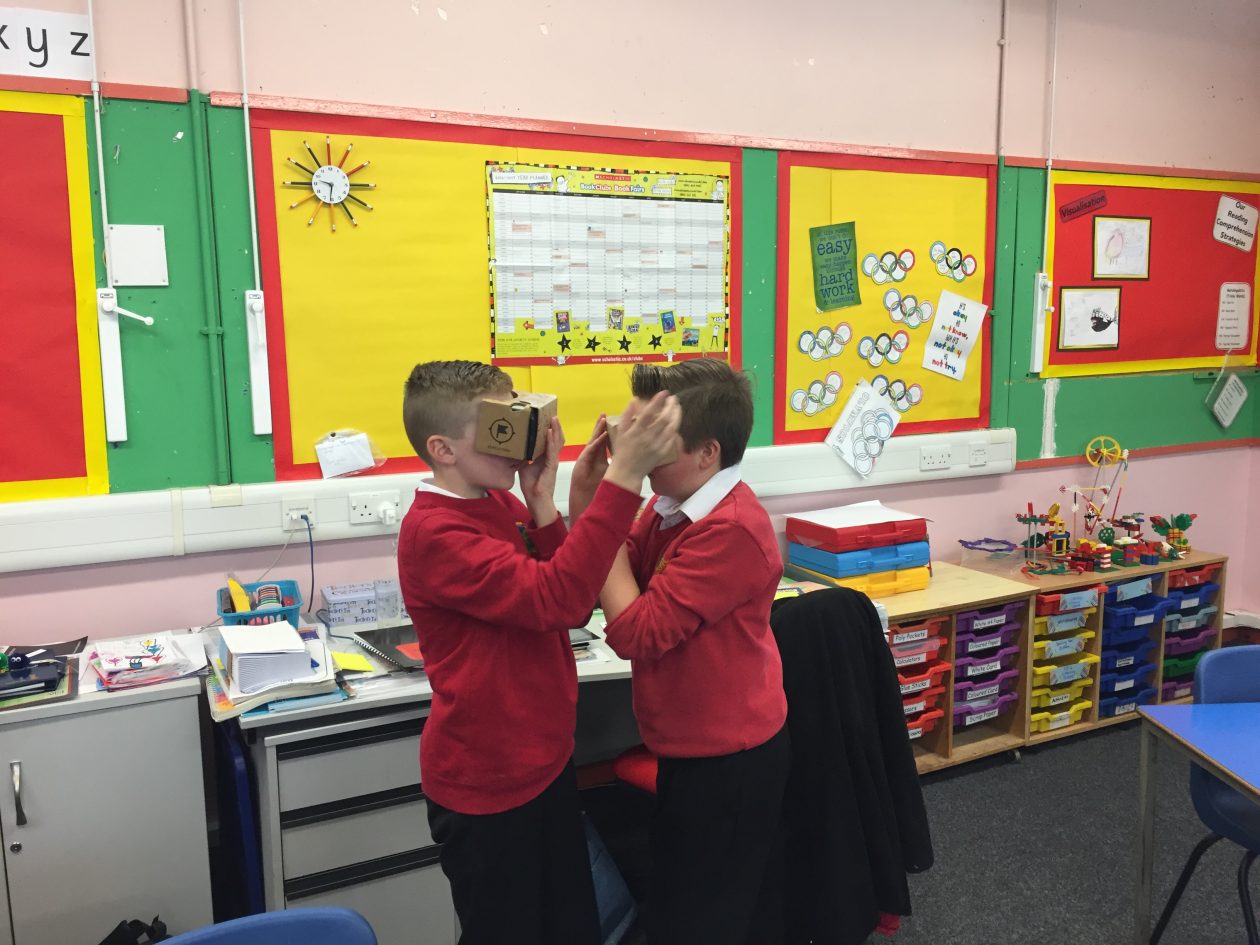 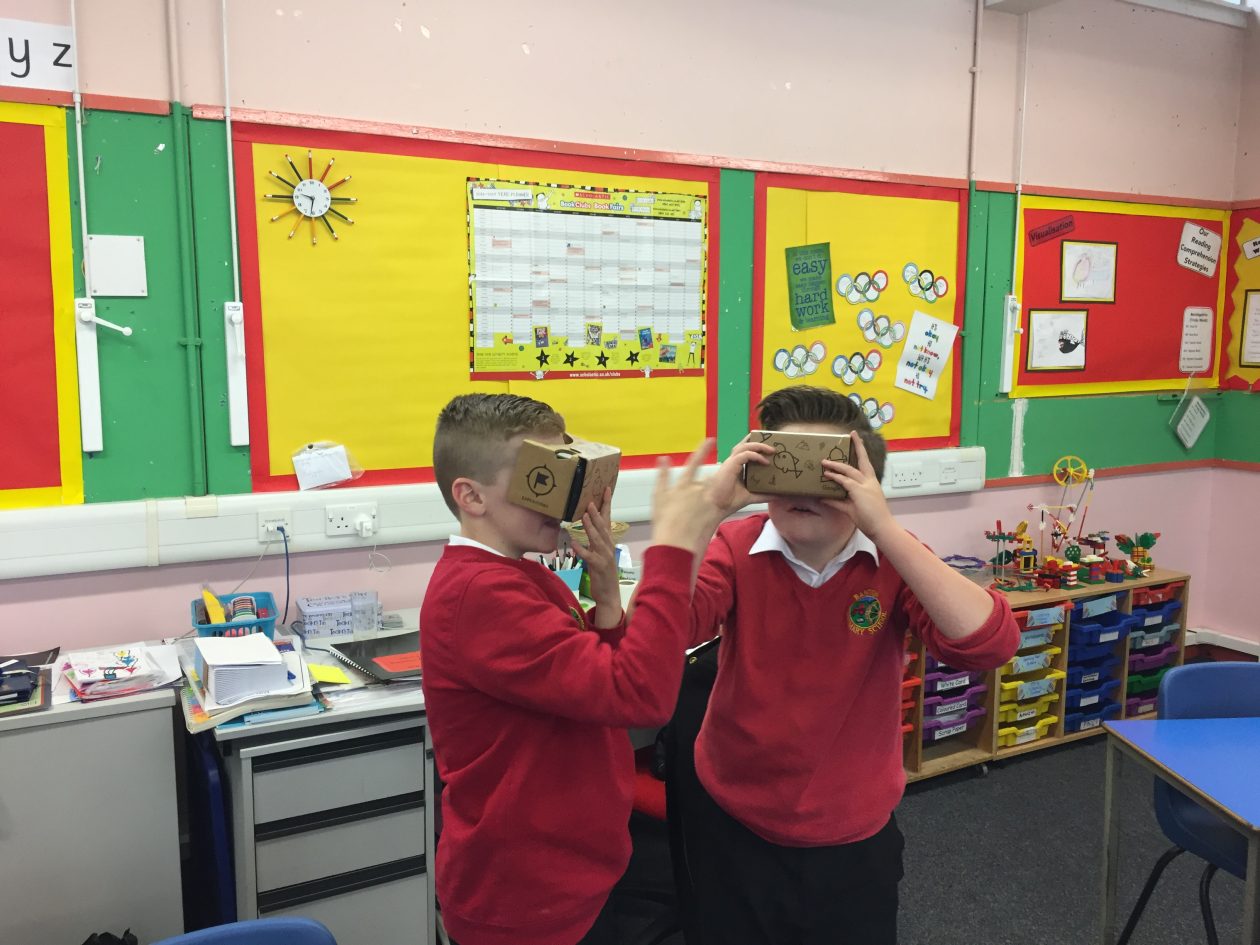 We had a very exciting visit from Google Expeditions yesterday. Kostas from google came in with a set of Google cardboard viewers and phones loaded with the expeditions app.

Here are some of the response that the pupils wrote on the e-portfolios.

On Wednesday morning google came in to show us google expeditions. These are like VR head sets but cardboard. There is are phone in the cardboard box and there were two circles on the phone. We see only one in 3D.
Aaliyah

First we went to see a tipi the arrows showed you were to look and there was a very weird feeling That you were going to fall. You could see native Americans and other people gathered round a table eating. Then we entered the tipi we were only the size of a boot though because the bed was giant.
We then moved onto the next most interesting world it was Everest of course you felt like you were flying and then you had to cross a bridge across a massive bridge made of ladders it was very high and scary.
Finally we moved onto a giant mosque with people In the background the carpet in the praying room weighs 35 tons and the chandelier weighs 12 tons then we went outside at the top of the building and we saw some sort of airport in the distance. It was very dizzy once you took the headset off.
Fergie

We went all over the world 🌎 and it was awesome. We went to a camp that had a lot of Teepee and we went inside one. Next we wine in to space and it looked so cool because there was a moon and the Milky Way and it was a galaxy 🌌. We saw two men on the moon and that one was in 1969 and it was Neil Armstrong with his space shuttle and it looked as if we were actually in space with him.
I really liked the google company who came in because it was really fun and it was as if we were actually in the places we were at. I wish I could keep the phone and the cardboard box so I can look more around the world. I really enjoyed the morning.
Alex

On Tuesday the whole class went next door and we met Kostas.
Kostas works in google. Kostas gave us a google cardboard it had a phone in it the phone was on an app called Expedition. Kostas took us to a camping site in America.
I saw two horses and two people drinking tea .it was very sunny and bright there was a massive tipi 😲. Kostas let us go in the tipi .it had a big bed and little bed I felt very dizzy.
We went to space next it was cooooooooooooooooooooooooooooooooool we saw the milkyway it looked crumbly like a chocolate cookie😛. I saw the moon and earth to was awesome . I felt like I was going to fall of my feet.
Islay

The expedition was amazing and fun. It seemed like we were actually at these places.🏕
Ava

Google expeditions with Kostas.
He came in to Banton primary school with 32 Google cardboard and 32 phones and we went to loads of places it was very disorienting.

We travelled to the human body. We started at the mouth and then we went down to the throat we were surprised what it looked liked. The stomach was all messy and dark. The last two were the small intestine and the large intestine.

Callum
Today Kostas from google came in and he brought google cardboard glasses and it was really cool. We all got one and we put them on. He used his tablet to control it and we went to Mount Everest.It was quiet scary and we started of at the bottom and worked our way to the top. We went right up and it was really high.There was a big river and it was frozen over with a wee village beside.

We then transferred over to the ocean and he made us go for a shark hunt and it was like they where going to eat us the fish where all different colours. They was a diver beside us and a wheelie bin tied on with rope and it was letting fish guts out to attract massive sharks.
Adam

Today we went into another class room so we talk to Kostos he had an iPad and he used Expeditions and he gave us eye goggles things. We put on the goggles we were in a camp they’re was a tipi and then and all around us was people and horses.
They put us inside the tipi and they’re was a big bed and lots of weird stuff.
Alexander

The next place we went was the ocean we so the bull shark it is the most aggressive shark we were surrounded with bull sharks and fish there where scuba divers that had fish guts in massive silver barrels so it would attract sharks to the location.

We then went to space at first we all had to guess what the line was. It was the Milky Way it looked so cool we could see earth with all the different colours and the bright moon. We then went to the moon it was at the time where the first man in the moon so over 50 years ago.
Zara

Tuesday 11th of October the class went to Mrs Rae’s classroom.
We have glass and we saw camping ⛺️ and two horses 🐎 and a bike 🚲. We went to space 🚀 and we saw the earth and the moon we landed on the moon 🌙.

After being in space went to Mount Everest. It feels weird. I was on top of the world.
Ellie

We went on Mount Everest climbing it that was very cool. I thought it was very exciting. You could see the river under neath you. It was amazing I really enjoyed looking at Mount Everest with the google cardboard 3D goggles. We could see beside the river some pray banners so when the wind blows it would pray for them.

It was an very exciting morning and I loved spending the morning looking at different places.
Emma

The Children wrote some great titles for their posts too:

In maths we had made movies about shapes and the nets how they fit and join together. We had to make it with different shapes.

They were made by the app the lego movie, what you would do is you would take pictures of the shapes and move them around to make it look real.

You could add music and different themes to make it look so cool.

Mr Johnston had put all of our short movies in to one big movie and I posted it on the Banton biggies website on glow so we can all see it.