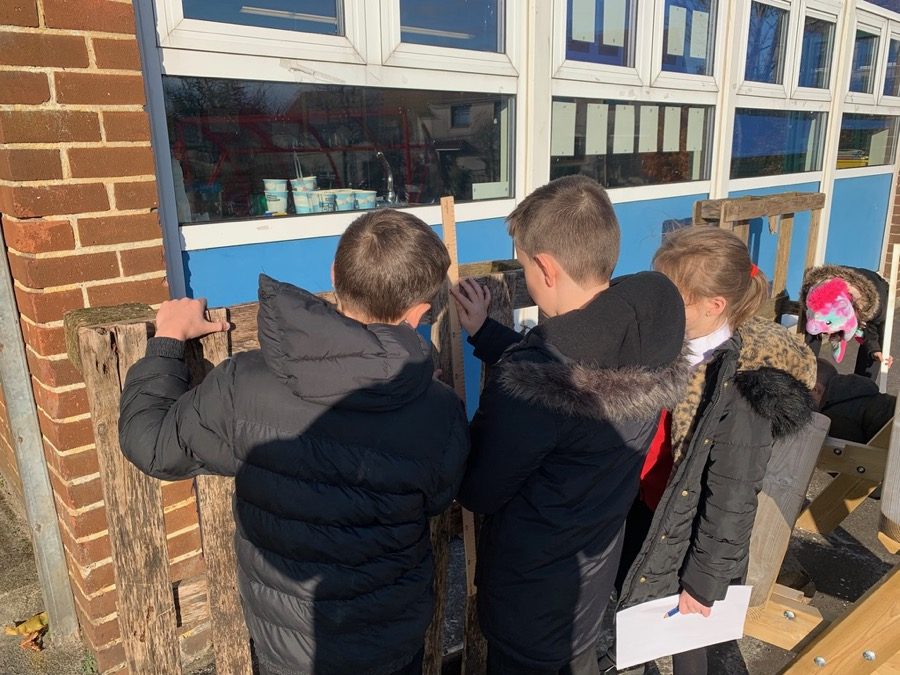 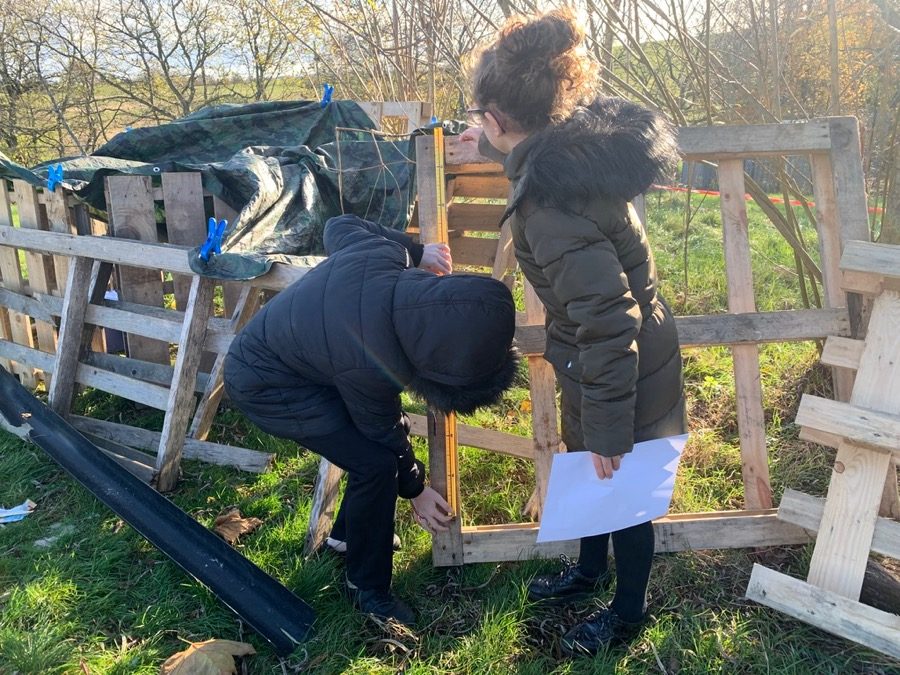 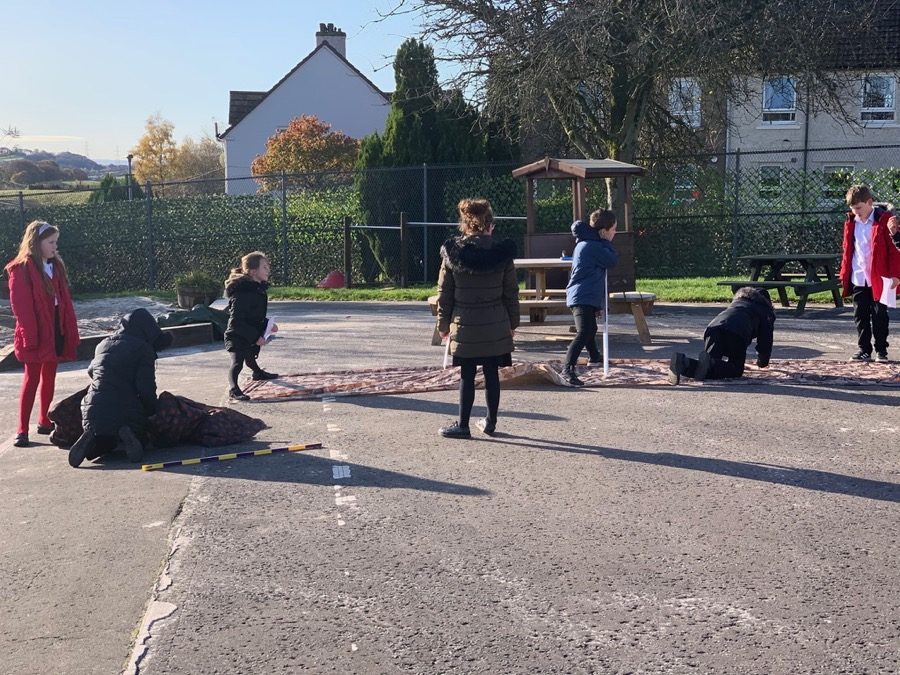 Last week we went outside in groups of 3 to go to measure the width and length of all the palettes, tarpaulins and crates outside.
Our teacher put all the measurements in a app called numbers then made it move all the numbers up by 100 to change metres to centimetres then divided them all by 10 to scale them so we can make our tiny dens.
After doing all the calculations we measured it out into small pieces of cardboard then put shapes on the cardboard to make them look like pallets. Then we stuck the cardboard together, then measured the tarps to make a roof. quickly we made a flag out of spare parts to finish up our den and that’s how we built our den. 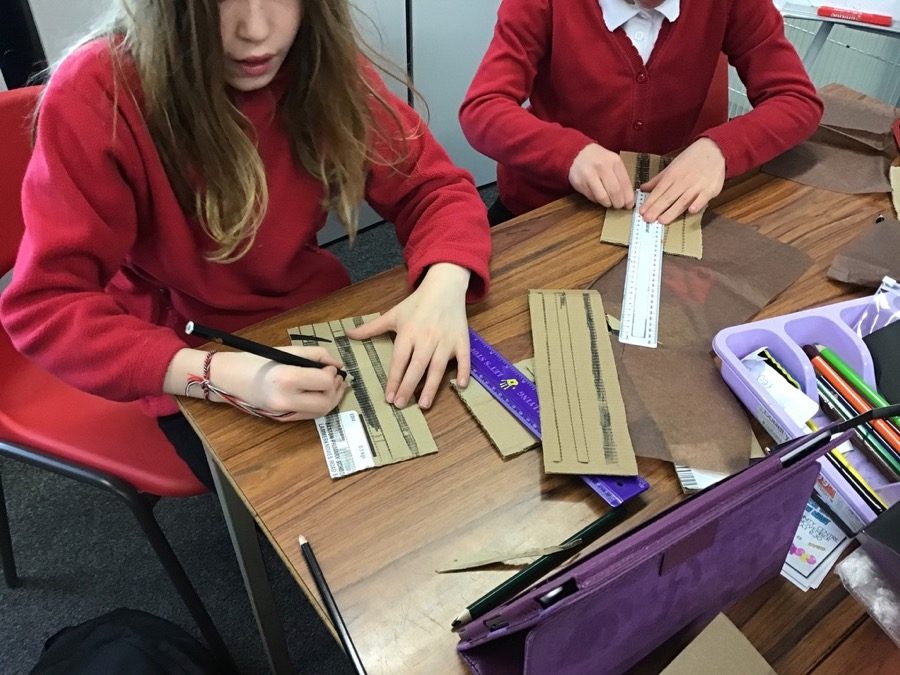 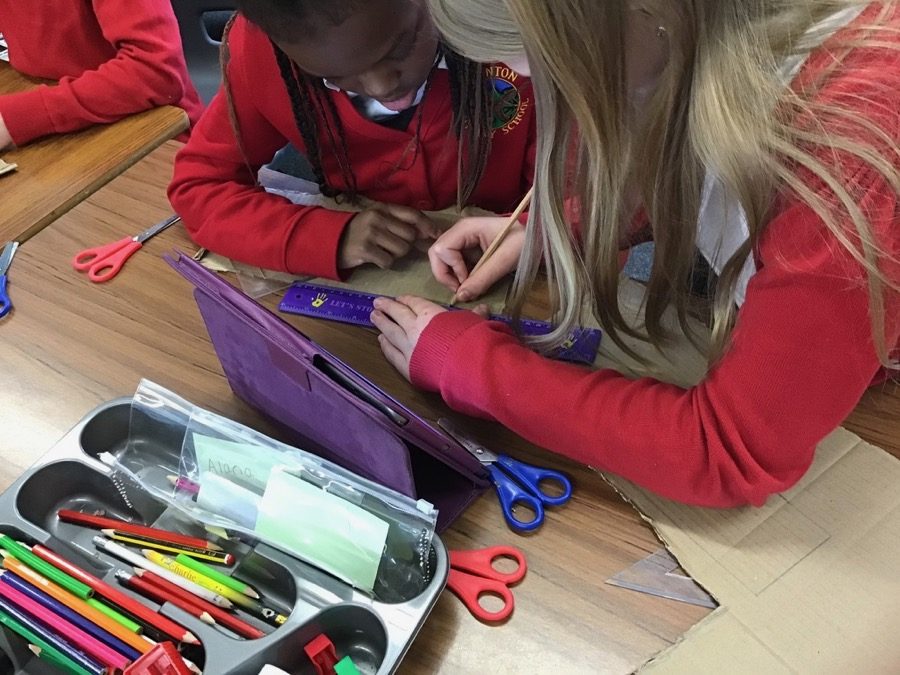 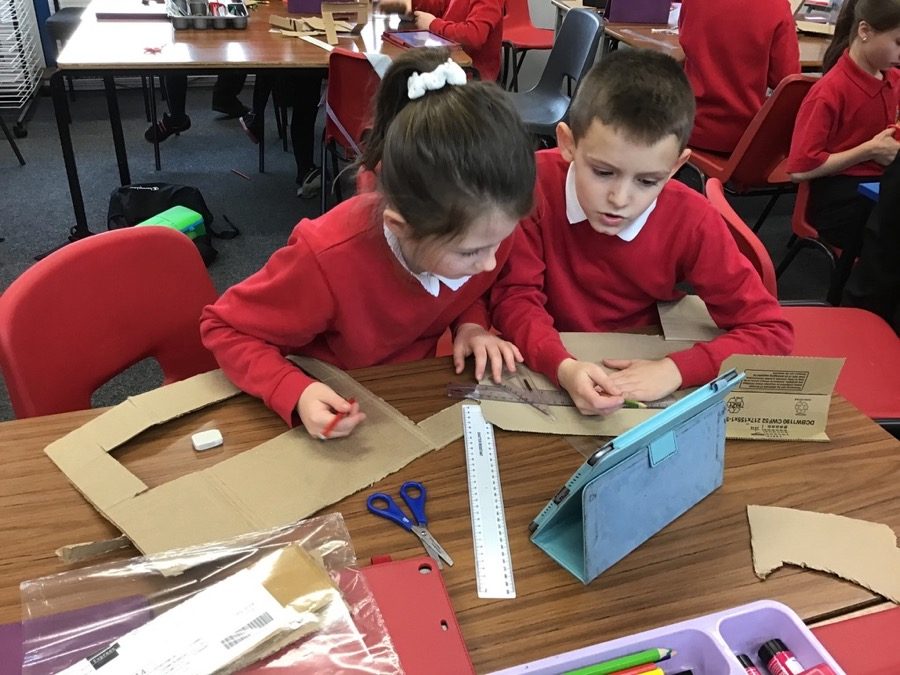 I have learned how to scale things into scaled models. I measured meters and centimetres outside whilst I was measuring pallets, crates, pipes and tarpaulins.

We put a bit to much glue. we made a little up stairs. it kept falling.
How we solved those problems
The glue made it a bit slippery even though it is supposed to stick but we worked with it and we started making supports.
We connected pieces to their one corner we were using. it went pretty well at first then we had to make a stair case. That did not go well. we started making supports. We made it a bit longer. We made a slide

Once we had planned out our scaled down model we started to make the palettes out of cardboard. We took a set square to try and make the right angles of the palettes. Then once we had made all of our pallets and made shore they all had a right angle, we need to assemble the den, we could have used a lot of glue, but we tried to use as little as possible, so we cut slots into the cardboard and slotted them together to make shore they would stand.

When we where making this scaled down model the skills we used were Creative thinking, problem solving, planing and organisations, communicating, leadership, Literacy, working with others, ICT, numeracy and practical skills.

Skills I used I used my Communication skills to talk to my group and my numeracy skills to measure. And we used our problem solving skills when we didn’t put a enough glue no the middle of the den. We solved this by putting more glue on.

My group face some problem like the up stairs kept falling down so we kept holding it down and count to twenty, to let the glue set. Also we were drawing right angles we used a set square to help us.

Personally I think we did brilliant because at first we where measuring pallets in meters to having this amazing den. 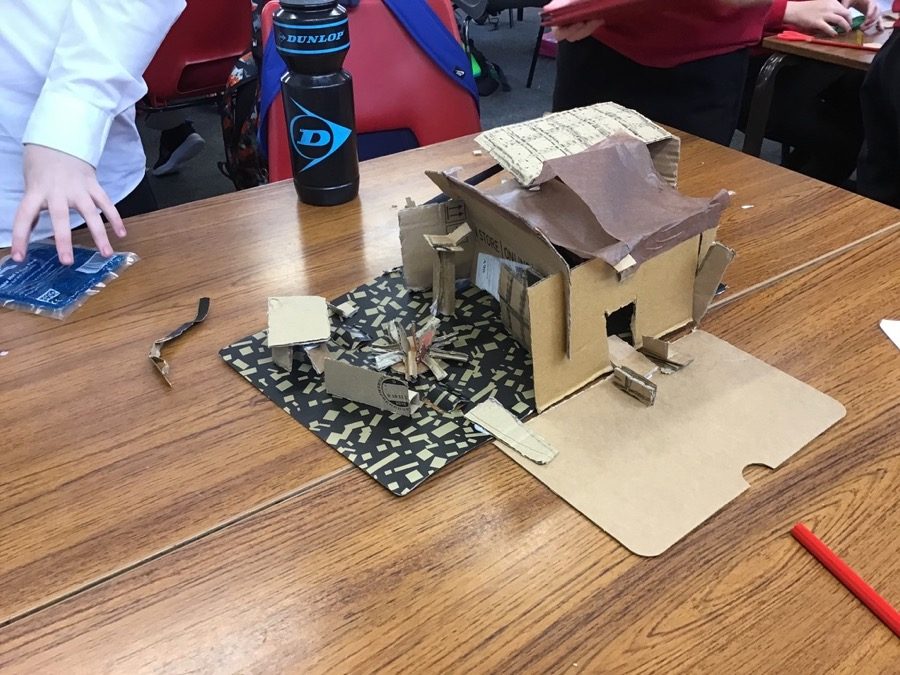 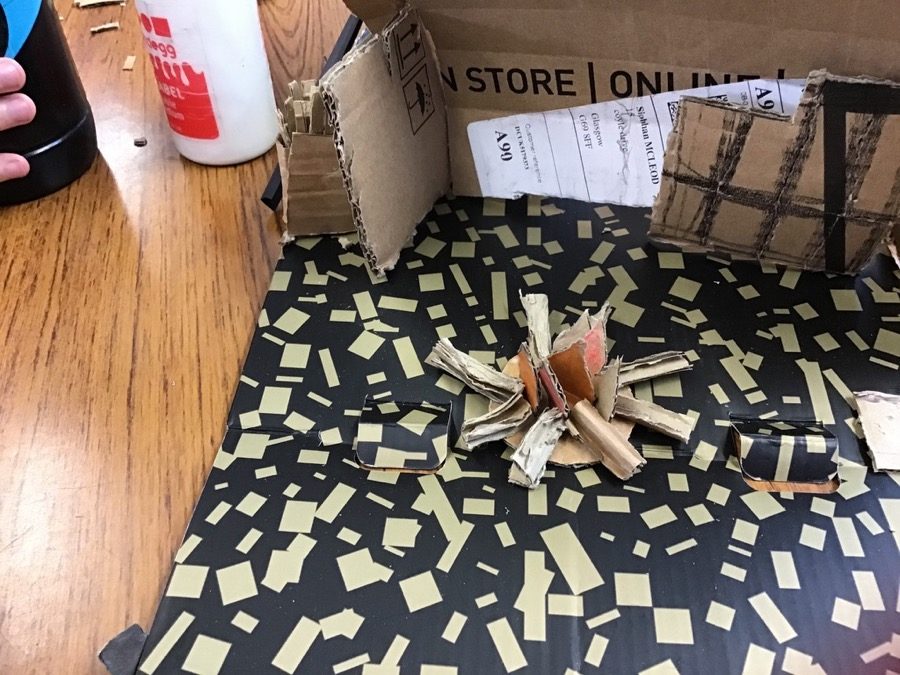 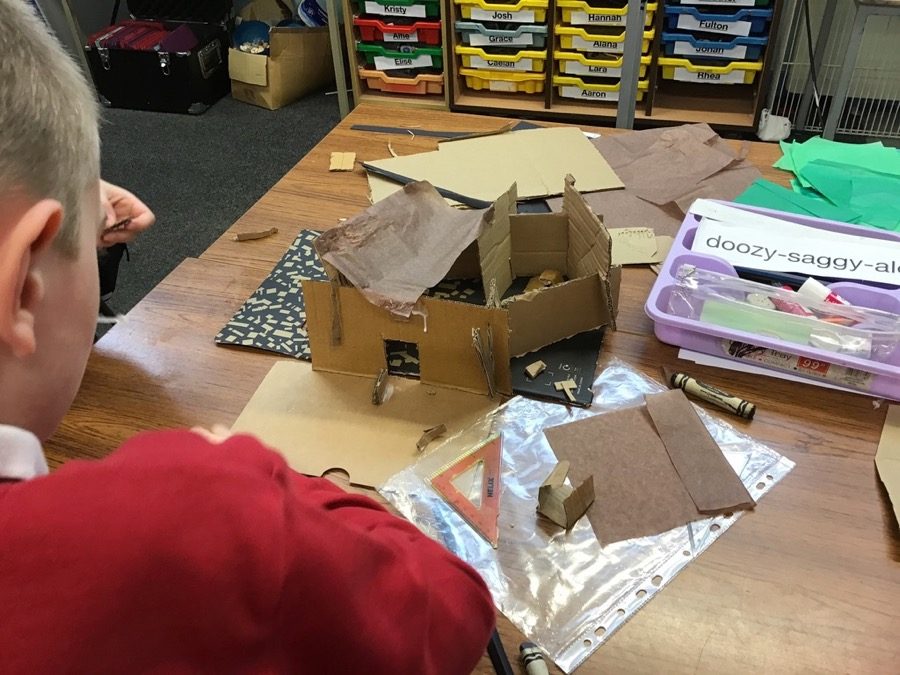 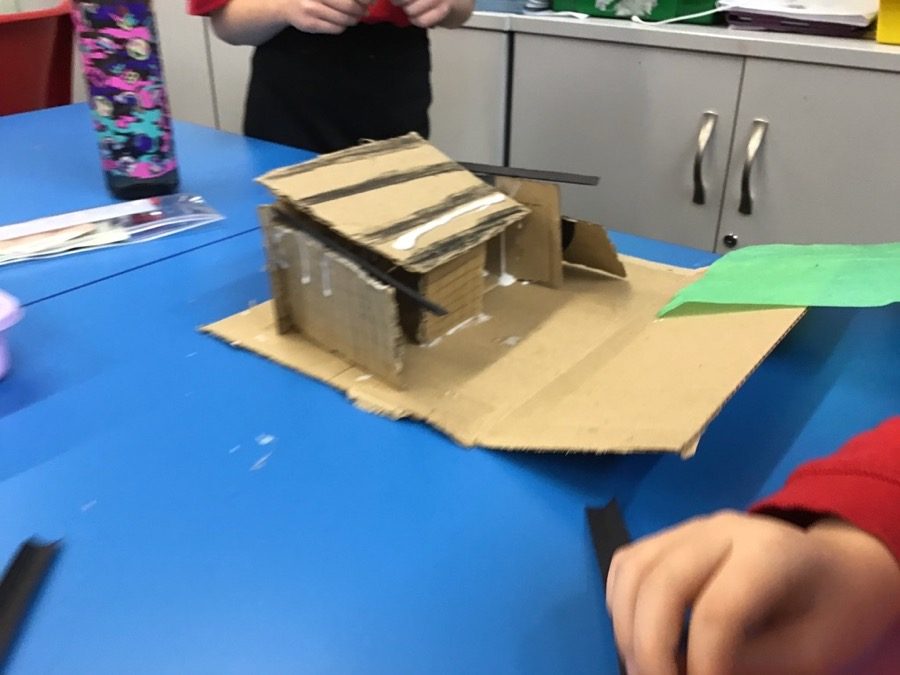 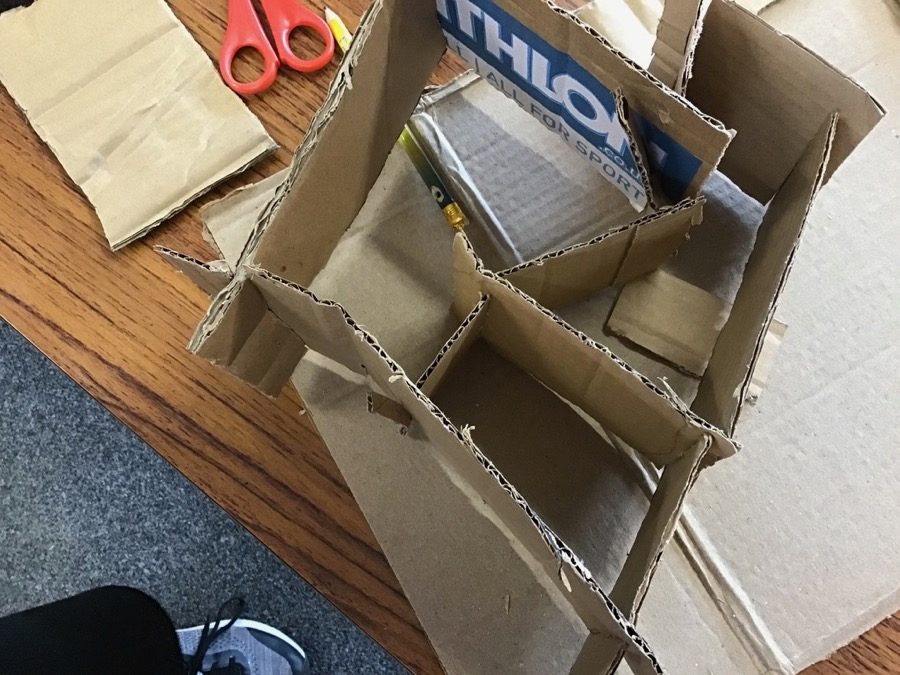