Today is my 20th birthday! I spent the Easter weekend in Paris with Beth, Briony and Lauren and we went to Disneyland and saw the main tourist attractions of Paris. But today I am back to school.

This morning Sylvie Lambert taught her CE2s about French sentence structure. It was interesting to see how the French teach such a thing. The class read a passage together, starting with the pupil at the back of the class, each pupil would say a sentence, one at a time, and it would pass in a snaked pattern through the class. 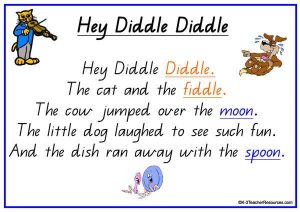 I taught Sylvie Lambert’s CE2 about Scotland. This time I made sure to repeat each word being taught twice through. This ensured better memorisation. After teaching about the Scottish animals, the children told me that in France they have red deer and red squirrels also. Once I taught the class the Scottish rhyme, Sylvie asked if I could print out the rhyme and go over it again with the class in a week’s time. This made me happy, as the teacher seemed to want the children to learn from my lesson and continue the knowledge learnt.

Sylvie discussed with me what I could do next week in sight of my Scottish lesson. She explained it all in French and I surprised myself in being able to understand what she was saying. She wanted me to; make copies of ‘hey diddle diddle’ for the children to practice, create an autobiography including things I speak about in my Scottish lesson and get the children to copy my structure but make it relevant to France and themselves and finally she asked if I could do some highland dancing for the children, as a memory of me being here.

At lunch all the teachers asked me how my birthday weekend was and I told them everything they did. They also said happy birthday to me and I got a lintdore chocolate from them all.

After lunch CE2 did a French dictation lesson. The lesson was on the topic of science and interdependence. They are learning about how to plant vegetables and how to grow them, to look at what happens when you change factors working on the vegetable and in its ecosystem, to learn how to make an ecosystem for a vegetable to grow in, to observe the changes in the vegetables and their surroundings over time and look at the different animals that live around the specific plants/vegetables.

I got to take five children outside to do part of an experiment we were starting on my own. We went over to the nursery where we filled two plastic boxes full of soil and one plastic box full of sand. I explained to them the words for sand and soil in English and how to use the tools to pick up the materials and put them in the boxes. This was exciting for me to teach. I then helped the children draw and measure out a diagram for the experiment. 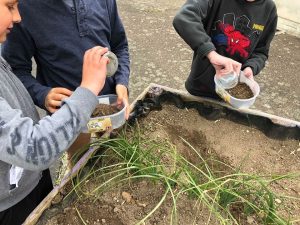 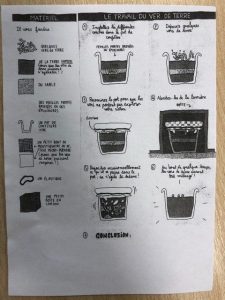 We then spoke about how we were going to create our ecosystem for our experiment. In a transparent jar we would layer the soil and sand and then on top of that put compost and the worms. To allow oxygen for the worms to breath we put a cloth, secured with an elastic band, over the top to ensure the worms also didn’t escape. I explained that this jar would be left in sunlight and we would be making an identical jar, which would be placed in the dark. From this the children would be able to observe what happens to both ecosystems.

I really enjoyed teaching this as it was hand-on and fun to see the children enjoying themselves, it was also a bonus for my birthday!

When I arrived home from placement, Beth, Briony and Lauren surprised me with a little present and card, along with a birthday cake. 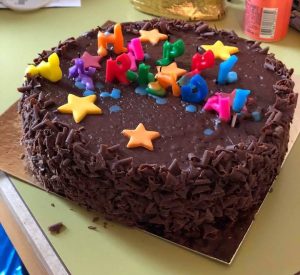