Is walking out of the casino with a handful of cash based on luck or is there another explanation, perhaps this player has figured out the games winning and losing percentages and which games have the best odds. The subject of gambling was explored in our Discovering Mathematics lecture today. We looked further into the principles of probability and chance and how these effect things happening in our daily lives, and indeed the casino.

But gambling is all about luck i hear you say, well no. Gambling is all rigged from the very start with odds to ensure games never loose money to the players, they are set up against the player before they even have their first ‘go’. In my opinion, after coming out of this lecture, you shouldn’t waist your time gambling as you will come away with an addiction that results in you having less money than you started. But casinos keep you hooked as they set their odds up just right to keep those players coming back for more. The people who make the game give a player a sudden thrill and boost in hope to make them think they can keep winning but in actual fact they will only win every once in a while. So all those loosing games in-between the winning ones equal to a higher lose than win (Bellos, 2010).

Gambling is a dangerous game, people ruin their lives playing the games by spending every last penny on them in hope to get a jackpot miracle in return. In my experience of working in a shop back in high school i would see the same people coming into the shop every Saturday morning to buy lottery tickets and scratch cards, which made me think how much money they are just throwing away every week on these games to get back no where near as much as they spent.

In Richard’s lecture we spoke about the chance and probability of winning the lottery.

Probability is the study of chance (Bellos, 2010).

The particular game called the National Lottery in the UK consists of the player selecting 6 numbers out of all the numbers up to 59. Recently the UK changed the choice of numbers up to 59 from 49. I remember this happening when I still woke in the shop, and i heard a lot of complaints about this change. The change made the odds of winning even harder as people were winning more than the lottery liked for their profits. In order to win the weekly millions you had to have all 6 of your numbers called out. Since having this lecture I now know how to mathematically predict the probability of any 6 numbers being picked out of 59 numbers. If you played the lottery, you would be 1 in 45 million people. This fraction is used to calculating the probability (Poulter, 2015).

Later on in the lecture, Richard got us to test the probability of the innocent game ‘heads or tails’. Surely I thought the chance of head or tails in a equal 50/50 chance, no? As we further researched the matter it turns out that 51% of the time the coin will land on the same side as it starts! We gave some coin flipping a go to test this theory and it was true! Bellos (2010) describes “impossibility” as having a probability of 0 and “certainty” as having a probability of 1.

After the lecture Richard suggested we watch a TV episode call ‘The System’ on chance by Darren Brown. As soon as I got home I watched it straight away as I love watching Derren Brown and find his work very interesting. One part of the episode showed Derren flipping a coin and it landing on the same side 10 times in a row. But what the show didn’t show straight away is that Derren had been flipping the coin all day for hours and hours until eventually it would land on the same side 10 times. This concluded that the more chances you give yourself the more likely you are to succeed. 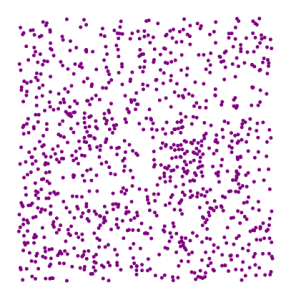 Randomness is also a topic that links with probability and chance. We as humans like to see patterns, it is a comfort to us, as we like to feel in control. So if an event occurs randomly we as humans feel that we have no control over it and it unsettles us. It is know to be a “deep-rooted survival instinct”. When we come across randomness we often see it as non-random. An example of this was seen in the shuffling of music on an iTunes. People complained that 2 songs by the same artist would come up one after the other but in actual fact randomness is not smooth, it has areas of overlap and areas of empty space. So having 2 songs by the same artists one after the other is complete randomness. True randomness should have absolutely no memory of what came before. (Bellos, 2015).

In the end, probability and chance, I find, is a very interesting subject to discover and research further into. In school I don’t remember doing much on the subject so as a future teacher I would like to teach about probability and chance within my classroom as i think it is am important subject to have knowledge on as the subject is happening all the time in our daily lives. This lecture once again has made me come away with so many questions about the world we live in.