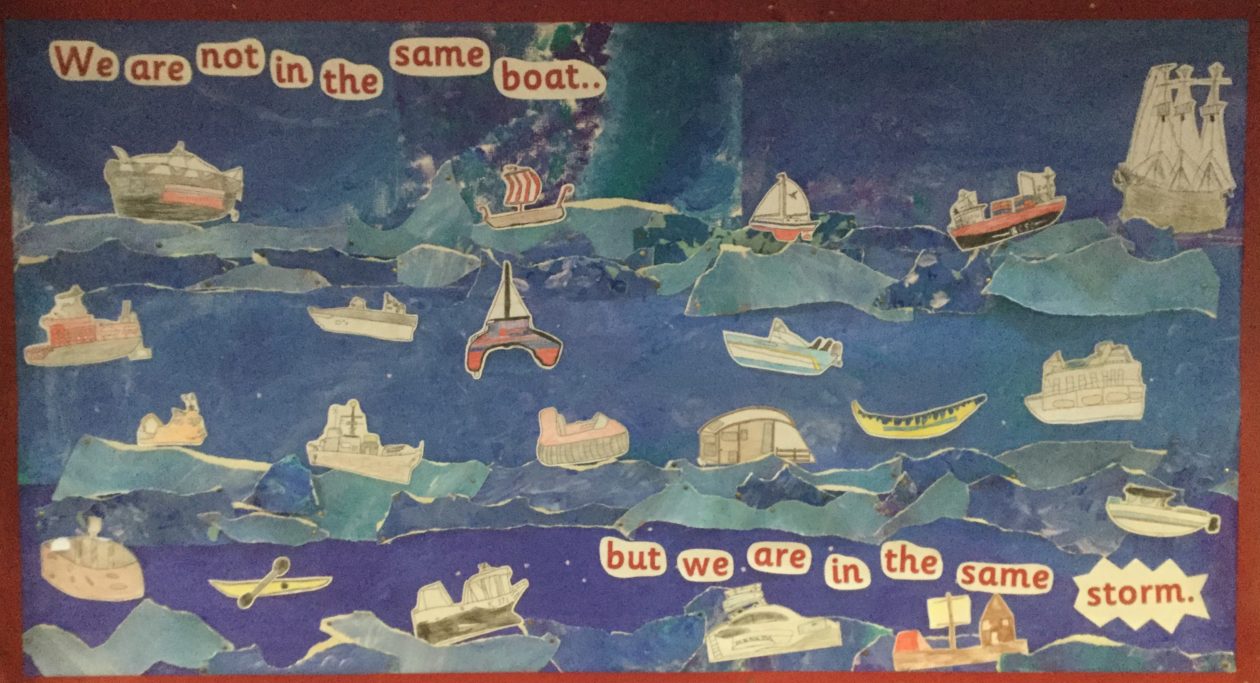 Today Tory, Kayla, Evie and Lois from Primary 6, represented our school in the Shetland Heat of the Euroquiz.  We are delighted to say that they came third equal!  Congratulations to them!  It shows that all their hard word paid off. 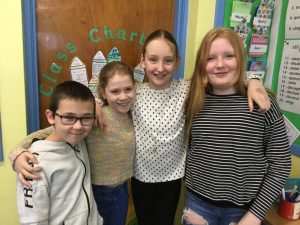 Today Ms Scanlan received a reply to the class’ entries that she sent into the competition.

I want to say thank you SO much for organizing a workshop with your students (we gave you a shout out in many of our communications within UNICEF)! We would like to give a special mention to Jessica’s submission of Frozo Girl, which was absolutely wonderful . It was such a difficult decision to choose just 20 finalists as we had so many amazing submissions…

Thank you very much for applying for the Climate! Comic! Contest!

It was amazing to see how many passionate and creative young people showed interest in this opportunity. Collectively, your applications showed us just how important climate action is to your generation, and left us feeling very inspired and hopeful that we can make a difference by working together.

Unfortunately, we regret to inform you that your entries were not selected as one of the contest finalists. We received so many great applications – nearly 3,000 in total – and in the end we could only select a small number of finalists. Please do not be discouraged by this decision, keep up with the good work and consider getting involved with us in other ways!

<!– start rss blurb
NEW YORK, 6 November 2017 – UNICEF today announced the finalists for its inaugural Climate Comic Contest for which children and youth were invited to design and submit comic characters with special powers to fight climate change. The 20 finalists were selected from among 2,895 total submissions from young people across 99 countries.
end rss blurb –>

NEW YORK, 6 November 2017 – UNICEF today announced the finalists for its inaugural Climate Comic Contest for which children and youth were invited to design and submit comic characters with special powers to fight climate change. The 20 finalists were selected from among 2,895 total submissions from young people across 99 countries.

Comic characters designed by each of the 20 finalists will be featured on the contest website for the duration of COP23 from 6 to 17 November. Members of the public can visit the website and vote for their favourite character. The character who receives the most votes will be declared the winner and will go on to be featured in a full-length professional comic book. Voting closes 17 November at 11:59 EST and the winner will be announced on November 30th.

The Climate Comic Contest was created by UNICEF to inspire and engage children and youth to take climate action through the creative medium of comic design. The tremendous turnout for the contest is already showing world leaders that young people take the threat of climate change seriously.

“We are so thrilled with all of the submissions for the Climate Comic Contest because it shows how engaged young people all over the world are in the issue of climate change,” said Natabara Rollosson, Co-Founder of Comics Uniting Nations. “We encourage the public to keep up the enthusiasm and support for the young people who have participated in the contest by voting for their top finalist.”

During COP23 in Bonn, Germany, top superheroes will also be presented to the UN Membership, broadcasted on Bonn public transport, and displayed at the conference. The goal is to show the world the creative superpowers young people possess to protect the planet, while urging decision-makers to include children and youth in climate action.

More information on the contest, including superhero descriptions and artwork from the finalists, is available on the contest website: uni.cf/climatecomic.

Tammy has had a great time visiting Montpellier and he has lots to tell P5/6 about life in France. He visited a school and spoke to some of the children, who would love to be penpals.

Today Tammy has been in class learning some French grammar and then he went exploring in the city. He has been finding the answers to a few of your questions.

Drew asked ‘What do people eat in France?’

Tammy said ‘They eat lots of different things, like 🐌, which Ms Scanlan enjoyed, and lots of local cheeses, meat, fish and fresh vegetables.

And they have lots of different types of pancakes, savoury and sweet.

Callum asked if the French eat frogs’ legs, but I haven’t seen any yet!

Robert wanted to know do they have skyscrapers in Montpellier, there are some lovely old buildings but I haven’t seen any skyscrapers. Callum asked what sort of houses they have, so I’ve taken a few photos for you.

And after a busy day I had a bit of time relaxing. Robert wanted to know what do children play, and I had fun with some, playing in the park.