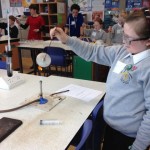 2 weeks ago we went to the High School for Science week because we were doing food science with all the schools around Islay and Jura.  We went to Mr Kitching’s room first and we were testing foods for energy.  We had Peanuts, Pringles and Bread and we burnt the food with a Bunsen Burner and then put it under a test tube that had water in it. We also had a thermometer in it and we had to check how much the temperature went up.  The peanuts had the most energy then it was Pringuls and then it was bread.

The next class was Mrs Moran and we made a really gooey thing out of cornflour and water and mixed it all together  then we put it on a big music speaker and it looked like it was dancing and then we tided up and went to the next class room.

The next class room was Mrs McNaughton’s class and we were testing foods for starch, fat and protein.   We had busen burners and we put different foods into test tubes and added Benedict’s to test for sugar.   You had to put the test tube in and out the bunsen burner and also used iodine to check for starch.    If it has sugar when you put the Benedict’s and add the heat it should go orange and if you do the same with the iodine it will go blackish.

I had a great time.

Day of Dance this year started with us missing the first half of it because the bus man forgot us. Apart 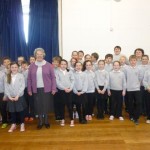 from that it was great.  The first  dance  was the for the Reel for Jeanie and the last was the Dashing White Sergeant, the class favourite dance.  Half way through the day they repeated the Flying Scotsman. In all the day was great and thanks to Mrs Shaw and Mrs Campbell for teaching us so well:

A Reel For Jeanie.

First you dance in a circle for four back for four.

Next the top couple walk down the middle then cast of  with the rest of the people following.

Make an arch and the rest of you walk though.

Then you clap 8 times and spin with right hand. 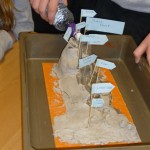 One group made an animation and a small poster while another made a dance to show stages of the river and the the third did experiments to see if water can clear away sand, soil and gravel and the last made a clay mountain model to show how a river would flood and knock over small houses. 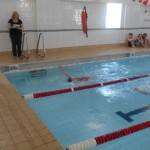 Yesterday afternoon Keills P67 came to our school. They came because we were getting a visit from Child Line. Child Line is for children to support you if you are worried, sad or anxious about anything. They are open 24-7 and are confidential. They won’t tell anyone about the conversation You don’t need to tell your name and you can tell them a fake name. We got put in to groups to talk about pictures and vote what we thought of the pictures.  The child line mascot is a speech mark called Buddy. We all enjoyed it and listened well. 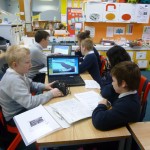