When Titanic was launched it was like an empty shell.

It had no funnels or propellers or fitted decks.

There was a special dock for the Olympic near by.

It was called the Thompson dock and that is where titanic was fitted out.

The Arrol gantry wanted to construct bigger and bigger ships like olympic and titanic new equipment was needed such as a gantry, a bridge-like structure with cranes, travelling frames  lifts and walkways.

Lifeboats are only used for getting people off boats safely when they are sinking. Most big boats have about 30 lifeboats but RMS Titanic only had 20. They fully booked the boat and the lifeboats could have held all the people on the boat if they had 60 people in each of the lifeboats but they were only putting 20 or 12 in each boat  and that is how 1500 people died.

The grand staircase was perhaps the most beautiful feature of  Titanic. But an impressive ornate glass dome it led first class passengers from the entrance as far down as the first class reception and dinning rooms then further down to the first class accommodation. A replica of the grand staircase has been built in the banqueting suite on the top floor of Titanic Belfast made up of 10.000 individual parts. 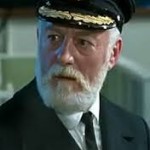