There are four parts needed to make a steam engine work and here they are.

1. A fire where the coal burns.

2. A boiler full of water that the fire heats up to make steam.

3. A cylinder and piston, a bit like a bicycle  pump but much bigger.  Steam from the boiler is piped into the cylinder causing the piston to move first one way then the  other.  This in & out movement (which is known as reciprocating) is used to drive……….

4. A machine attached to the piston.  That could be anything from a water pump to a factory machine, or even a giant steam locomotive  running up and down a rail track………..or Titanic! 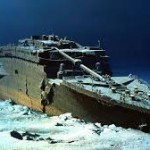 This is my blog i am doing it in School it is about the Titanic. I started my blog on the 25th November i also learned how to make my blog on the same day.