On Islay we like to play football which there is 5 teams they are called Port Ellen, Bowmore, Kilchoman, Islay wanderers, Port Charlotte there used to be two more teams called Laphroaig and Ardbeg. Although football is very popular the Scottish national sport is shinty. We too have a tournament and a after school club. Port Ellen have won the tournament several years in a row. In shinty you are trying to hit the ball into the goals with the shinty stick. Shinty is very similar to ice hockey except it is a small round ball not a puck. Shinty can be a dangerous sport so we wear helmets. We also play rounders which is a sport that is like baseball we like playing sports in our school and we have a sports day we also have a sports club that takes place at 12:00 noon in school. 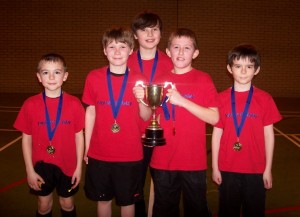 12 Replies to “Sports On Islay”