On Tuesday the  27th of August, p6/7 Port Ellen Primary went on a trip to Rubha Port an t-Seilich. They met professor 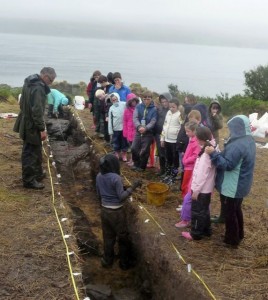 Steven Mithin, who talked to them about the time of Mesolithic people. They went on this trip as part of their Mesolithic topic in which they are reading the book Wolf brother.