Tennis Achievement
Sam has recently been awarded most improved player 2019 by Dalbeattie Lawn Tennis Club. This is a fantastic achievement Sam well done. We know how much you enjoy your tennis and the commitment you put into this. Look forward to hearing about future achievements. 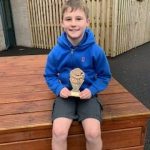 Karate Success
Well done to Struan who recently achieved double grading at karate. This means that Struan has not just gone up one belt when he was assessed but two!  Struan attends karate on a weekly basis and  his hard work has certainly paid off. 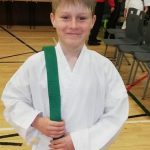 Music Workshop
Well done to Chloe Campbell for participating in a workshop run by Feis Rois one Sunday a while ago at Lincluden Primary.  On 17th November, she joined pupils from lots of different schools and adult performers  to perform in a lovely concert called Feis: the Music at the Theatre Royal in Dumfries. 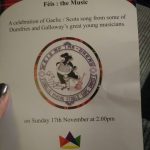 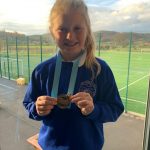 Tennis Success (Nov ’19)
Well done to Sam on his success in a recent tennis tournament at Carlisle. Sam came first in this tournament winning all 8 of his games. 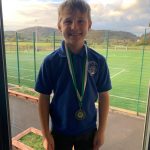 Pedal for Scotland Wee Jaunt
Well done to Jasmine and Elise Wixon who both took part in the above event. The girls cycled 10 traffic free miles from Linlithgow to Edinburgh. It was a family fun orientated cycling event.  They even manged to cycle an extra 5 miles back to where they were staying in  South Queensferry. Pedal power girls ! 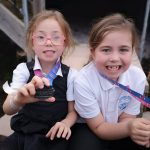 Both girls  have the Scottish Championships coming up then Isla has qualified for Horse of the Year Show in October.

We look forward to hearing about future achievements. 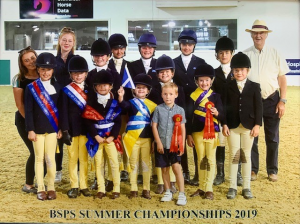 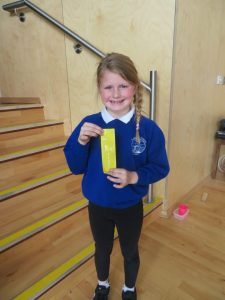