Shawlands Academy is a large, non denominational school situated on the south side of Glasgow, in Scotland. The pupils here number around 1360. It is a long established school dating from 1894. There was a private school of the same name located in Skirving Street which began about 1857. However, the school as we know it today opened its doors for the first time 125 years ago in the building on Pollokshaws Road which is now Shawlands Primary School. Shawlands Academy has modern classroom facilities through-out the school, thereby helping to maintain a high standard of education for pupils. The school attempts to combine the best elements of traditional Scottish education with a developing curriculum designed to equip pupils for the twenty-first century. There has been significant investment in technology which has improved pupil provision in all subjects particularly in Business Education, Computing, English, Modern Languages, Science, Design & Technology and Music.

The Head teacher of Shawlands Academy is Mrs Pauline Carr.

In Shawlands Academy we aim : 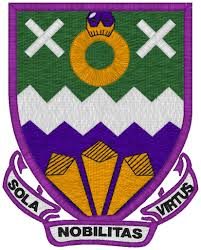