Caiden has enjoyed working with chimney sums to do his adding. Farrah thought that it was interesting asking the class questions to collect information for her tally chart. She found it lots of fun. Jack really enjoyed using the information to draw his graph.

We had lots of fun on Thursday when William from SmallTalk came in to speak French with the children and to show them some games. It was quite challenging remembering which word used a le and which one used a la. Lots of games kept us busy and active as we learned new words about the family and practised some of the French language we already know.

Emma and Carlos used their IT skills well to find out information on endangered animals which was part of our work on the world’s largest lesson. Lewis liked using the information he’d found to make a poster. Tiana learned that elephants are one of the most endangered species. If we don’t stop the poaching, there will be no elephants left in 25 years time! They will be extinct. It is important that we all look after our planet.

This week we have continued our work on number talk. We use strategies like friendly numbers and number bonds to help us solve a range of addition problems. Next week we will move on to looking at different take away problems. We focused on the red cog- body sensations – this week where we look at how emotions feel in different parts of your body. We wrote on outlines of people where we felt different emotions. For our Global Goals, World’s Biggest Lesson we looked at inequality. We have learnt that some people around the world don’t have much money while other people are very rich. The top 85 richest people in the world have more money than the poorest 3.5 billion. Dojo Champ of the week was Louise! Well done Louise.

During Eco week Primary 7a set themselves the challenge of creating life-like wildlife art work.   It took a lot of perseverance (and working through our frustrations)  to create images that had all the correct visual details that would bring our wild animals to life.  Have a look at some of our finished masterpieces! 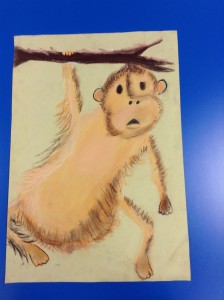 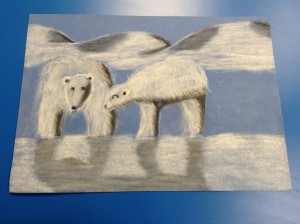 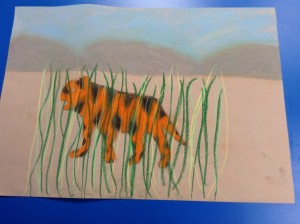 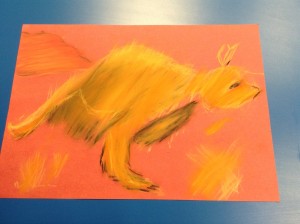 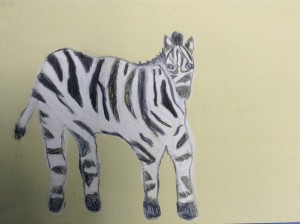 We also investigated food chains and webs in our science work, identifying ‘producers’, ‘primary consumers’ and ‘secondary consumers’.  We considered and discussed the changes that can happen in an ecosystem and to food chains when we make changes in our world. 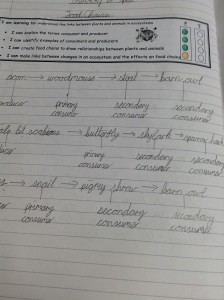 It’s more fun that it sounds, especially when you get to learn by singing (and dancing for those who felt like it) the information!

Over the last two weeks we have enjoyed learning about Chinese New Year.  The children listened to the story about the animals racing to see who would have the first year named after them and they participated in craft activities to make lanterns and dragons.  Everyone loved doing the dragon dance and enjoyed dancing while Rong Rong played her Chinese guitar.

Euan McCreadie, P.5, is preparing to take part in Project Stedfast in Kenya in February. The Project began through the local Boys Brigade in Livingston in 2006 and has already helped to fund and build a unit for children with disabilities in a school within the Oloolua Parish in Kenya. During the visit in February, the group will complete a final 7th classroom in the school. They will also help to paint the classrooms, complete the landscaping and develop the vegetable garden to help provide fresh produce for school meals. Many other former pupils have also been involved in this worthwhile project over the years so we take great pride in all of their achievements. In order to support Euan and the Boys’ Brigade Group with materials to help in this mission, we are organising a ‘dress down’ day on Friday, 30th January. Pupils should wear black / red /green if they can to show their support for Project Stedfast. This valuable mission will be the focus of a school assembly in March. Good Luck Euan! We will all be thinking of you in your important work and look forward to hearing all about your adventures when you return!