Hi Primary 5
I hope that you all have a wonderful October Week. I am going to relax and enjoy a few long lies!! I look forward to seeing you after the October week. I am especially looking forward to our visit to Summerlee Heritage Park.

Primary 5 have been working hard in the school promoting a healthy and active lifestyle. Today they will take part in an event at Airdrie Academy where they will carry out a presentation to an audience of around 250 people. They will tell everyone all about the different activities and events they have organised in the school. They have created display boards and a powerpoint presentation to showcase all of their hard work.

Primary 5
Please remember to bring in the items you require by Friday. You need to have –
* a pair of denims
*a baggy t-shirt
*a pair of sunglasses

It is important that these items are brought into school this week as it will help to ensure we are organised for the performance next week.

I will create a page link on the blog to our song lyrics. Go over these at home, especially the parts that were highlighted in today’s rehearsal.

Everyone is doing so well and I am really impressed with how well everyone has remembered their dance moves. Everyone is also bringing a little something extra with their facial expressions which looks fantastic.

Has your country ever hosted the ICG? Do you know any interesting facts about ICG that you could share with our class?

We look forward to hearing from our friends across the world.

Hi Primary 5
thanks to Kim and Nathan for writing such an excellent post about what you have been learning in class.
It sounds like you have been very busy and carrying out some really tricky work in your maths.
I am glad that you have started learning about the ICG. It is not long until the games begin across North and South Lanarkshire. I am super impressed with the amount of facts you have learned already and I am sure that lots of people are beginning to carry out some independent research of their own too!!!

I am missing you all lots and can’t wait to see you next week.

I will post again soon about my Kilbowie Adventures.

Primary 5 have been doing the Rainforest as their topic and have completed some excellent art work. Below is an animoto video of some of their tribal art. I think this is something to be proud of!! The video takes a few seconds to begin after pressing play, it looks like it isn’t going to work but it does. Be patient it is worth it to see primary 5’s fantastic work!! 😀

After our weekly swimming lessons on Tuesday 3rd May, Mrs Gibb met us at the swimming and we walked to the bowling as a treat for being part of the Cracking Calendar Company.

We set up camp outside and ate our snack. The sun was starting to peek through the clouds but it was quite windy and our hair was wet because we came straight from swimming.

After about ten minutes one of the bowling staff came and opened the door. We were so excited! We were organised into teams of 6 per lane.

We collected the bowling balls and filled all of the racks. Some of the balls were really heavy so we decided not to put these on the rack. The blue ball was the lightest – about 6kg- but there wasn’t enough of them for everyone so we had to share them between all of the lanes. The green ball was the one that most of us used for our ten pin bowling. It was the second lightest – about 8kg.

Then Mrs Wallace, Mrs Rawlinson and the  p1-2 class arrived and filled up the rest of the lanes. There were lots of parent helpers there to help the little ones. Gemmas’s Step Dad was one of the helpers. He helped the wee ones to lift the bowling ball on to the slide. We didn’t use the slide because we could manage to throw the bowling ball, but we did have the side rails up to stop the balls landing in the gutter all the time.

We put our names into the computer and now it was time to have some bowling fun!!! 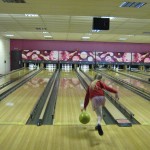 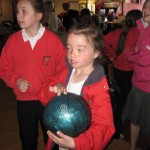 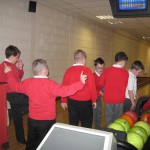 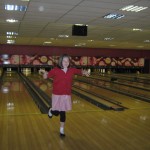 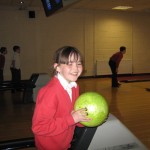 Bowling is thirsty work so we had a wee break to get a drink of juice. We had the choice of orange or blackcurrant. It was very refreshing.
The competition was on to see who would be the winning team. It was boys versus girls.
The winning team was the boys who scored 581 points. Well done boys. 😀
We had a great day at the bowling and we had more fun to look forward to in the afternoon. BELLY DANCING!!!

Having one wish and only one wish to use takes a lot of thought. What would you do with the one wish?

The children in primary 5 had to consider this question. The catch is they can’t decide to wish for more wishes. That would be cheating – Wouldn’t it?

Here are some of the wishes that the children settled on.

It would be such a big responsibility to be given one wish and to have the power to use that wish in any way you wanted. I am not sure that I would like that responsibility. What do you think? Would you like to have one wish and what would you use it for?