Maud was self taught and lived in a tiny house which although very plain from the outside, was very colourful inside, as she painted every available surface.

We used a wet wash for the sky, sponged the sea and painted the hill and rocks. We drew, cut out and stuck on our lighthouses and other details. 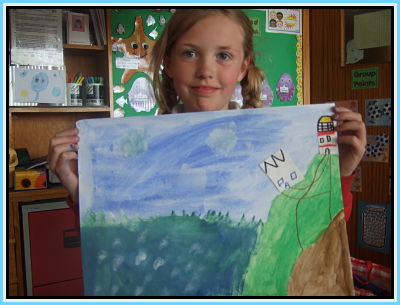 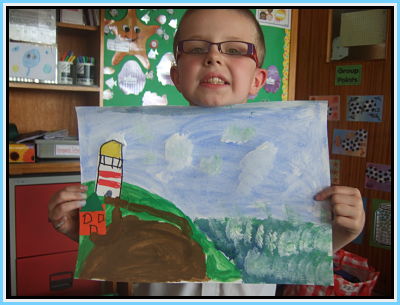 We adapted this lesson from a great art site called Deepspacesparkle. 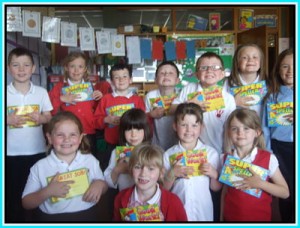 This week, as part of our lighthouse topic, we read a famous poem called “The Inchcape Rock” by Robert Southey.

The Inchcape Rock is the rock upon which the Bell Rock Lighthouse now stands. However, long before the lighthouse was built, the Abbot of Aberbrothok ( as Arbroath was called then) ordered a bell to be placed upon the rock to warn boats away from danger.

The poem tells the story of how the bell was stolen by a pirate called Ralph the Rover. A year later, Ralph was returning to Aberbrothok in a storm when his ship crashed into the Inchcape Rock and sank. So Ralph got his watery come uppance!

You can read the poem for yourself here.

We discussed the moral of the poem and then worked together to sequence the poem into three main parts. 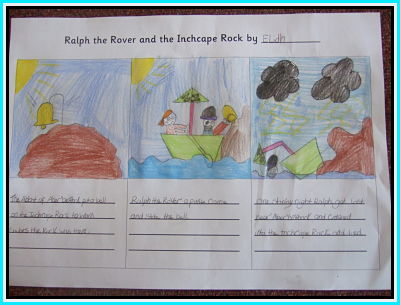