Today a small group of us went to visit the recycling centre in Arbroath.

This is where all our recycled items go once they have been picked up by the kerbside collection vans.

It was very interesting and we are going to report back to the rest of the class tomorrow.

Thank you to Charlie for showing us around.

We have joined a new postcard project where we can send and receive postcards all around the world.

It was started By Mrs Leakey and her class in New Zealand. Click here to go to her class blog and read more about it.

We started receiving postcards very quickly after we had joined the project. So far, we have had postcards from our friends at Burravoe PS in Shetland, Hawaii and other American states, Canada and Australia.

Today, we posted cards back to all these classes and some more to those on the list such as Russia and New Zealand.

We used all this postcard activity to discuss the ways in which postcards differ from letters and looked at the layout and features of a postcard. We practised writing postcards to tell people all about Arbroath. 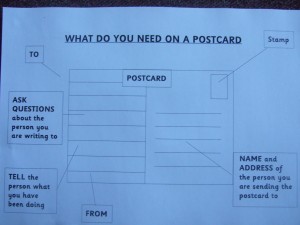 We continued practising our maths and graphing skills by counting the contents of a packet of skittles.

We worked in pairs to sort the skittles by colour and put the results into a table.  We then drew a graph, using everything we had learned about drawing a graph correctly such as labelling it correctly.

When we had finished, we got to eat the skittles! 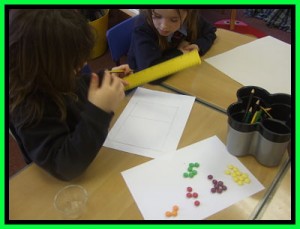 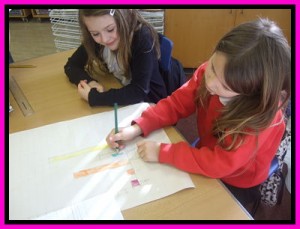 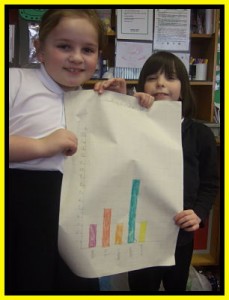 Here is a video of our assembly. We had “technical difficulties” with the first video so this video was filmed without an audience, or Allan or Tommy from the RNLI but we are sure you will still enjoy it!!

We have been learning about problem solving with number patterns with Mr Robb. Yesterday we were looking at oddd and even numbers. Here is a clip from the BBC that will help use remember what we have learned.

It was our turn to present an assembly on Friday. At the start of the school year we took Flat Stanley to visit the lifeboats. We had a really great trip and having learned that the RNLI is a charity, we decided then that we would like to raise some money for them.

Fast forward to January and we tool part in the RNLI’s SOS day, through having a sponsored spell and inviting parents to a Scottish afternoon, during which we collected donations.

During our assembly we took the parts of newsreaders, reporters, lifeguards and people at the beach to report on what we had been learning about the RNLI, how to stay safe at the beach, and to tell the whole school about our fundraising efforts.

Allan and Tommy, who are both part of the Arbroath Lifeboat Crew, kindly came along to watch our assembly and to let us present our cheque to them.

We all worked very hard to learn our parts and Mrs Stewart thinks we did an fantastic job.

We are hoping to be able to show you a video of our assembly soon. Here are some pictures in the meantime.

It is our turn to do an assembly on Friday. Here is a wee sneak peek of our rehearsal. Check back on Friday to see what we are doing! 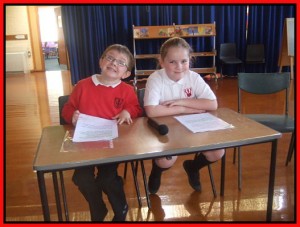 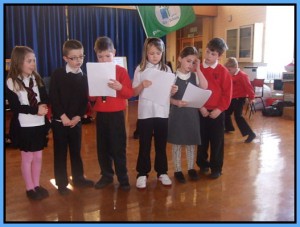 Today we brainstormed ways in which we could do all of the above. We made some posters to share our learning. 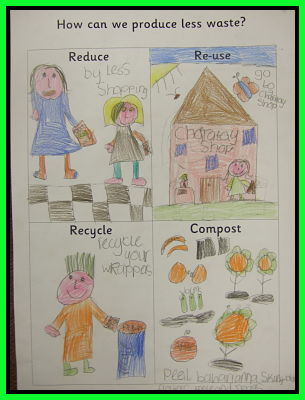