Our Children’s Committee met recently to discuss what we can do for Fairtrade Fortnight. They created a mind map of ideas. 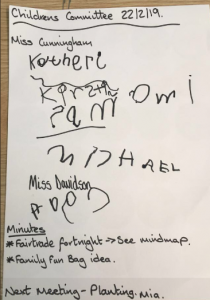 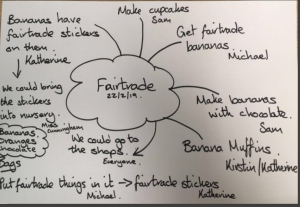 The children decided to use some Fairtrade ingredients to bake banana cup cakes. We followed a recipe and we had lots of measuring and weighing to do. 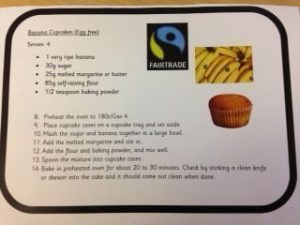 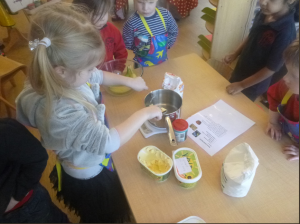 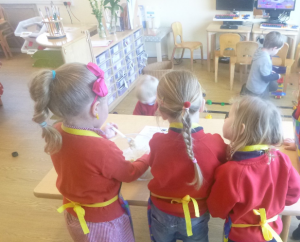 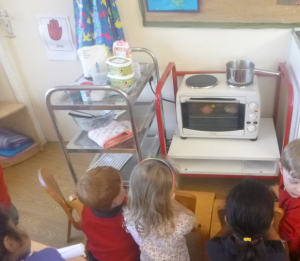 The cup cakes tasted yummy! We thought it would be a great idea to sell the ingredients in our Family Fun Bags to allow everyone the chance to make Fairtrade banana cup cakes at home. 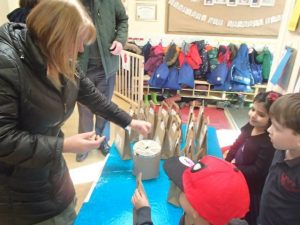 Loss is a common occurrence which affects individuals in very different ways.   Loss is most often considered to be a negative or painful process and one which requires time, space and the support of others to aid recovery.  This is especially true for loss suffered through death. Regardless of age, the experience of bereavement is significant and can be life changing.

The following leaflets are designed to support children and families facing loss, grief and bereavement. Further advice and resources are available from staff.

Bereavement in Childhood Leaflet for Children and Young People

At Glenwood Family Centre this summer parents/carers and children were invited along to take part in a new project called ‘Let’s Play’. Parents had the opportunity to take part in three workshops with Gillian Thorburn (Educational Psychologist) and Lissa Duffy (Depute Head of Centre at Carlibar Family Centre)and staff from Glenwood where they were given information on attachment theory and nurturing approaches, the benefits of play and the adults role in facilitating and scaffolding during play. They were then given time to play with their children in the playroom.

Each day had a different theme.

Day one we had ‘Let’s get messy’ where parents and children had fun using their senses to explore glitter shaving foam. Older and younger siblings were invited along too and had loads of fun making their own play dough and exploring cold slimy spaghetti that we had put out in the tough spot.

Day two was ‘Let’s get risky’ where parents/carers and children had the opportunity to use a variety of tools and materials at the woodwork station to make their own models. They used glue guns, hammers, nails and drills, giving them the opportunity to learn how to use tools safely and build some amazing models which they took home.

Day three was ‘Let’s use our imaginations’. This was a great day to show that children don’t need expensive toys to play with and that everyday items we have in the house can be used. We had scarfs, bangles, cardboard boxes, sheets, string and clothes pegs for families to dress up and take part in den building. We put other resources out to encourage children to make up their own stories including puppets, dinosaurs and animals.

“It was great being able to take part in activities that were suitable for both my children. I now have loads of messy play ideas that don’t cost a lot of money and are easy to do like making play dough and gloop.”

“Not only did I have loads of fun by my older child was desperate to come back after day one and loved using all the tools at the woodwork bench to make a model, she was very proud of it.”

“I was really interested on hearing about how the baby brain develops and about child directed play. The sessions helped me to understand why play is so important for my children.”

“Love the idea of the cornflour mix. Brilliant texture and loads of fun.”

“It was more like speaking with friends. We were all learning together.”

A huge thank you to all the families who came along for our ECO day on Saturday 11th June. We had a very successful morning with many families helping to weed, plant, dig, build, paint, spread bark, plant a willow hedge and so much more. Thank you also for the many  donations of flowers and vegetables. the gardens look great! 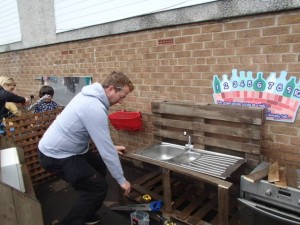 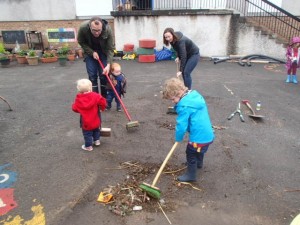 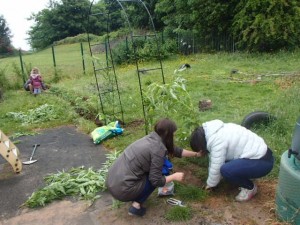 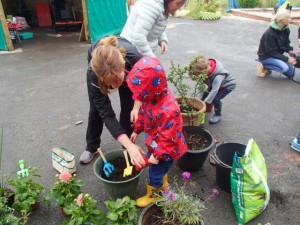 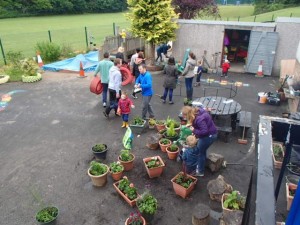 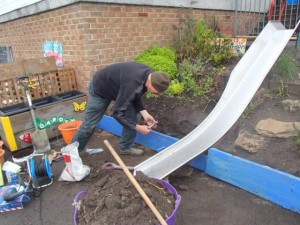 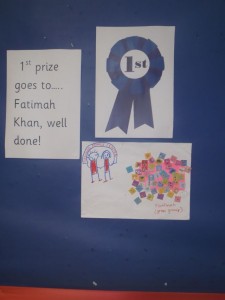 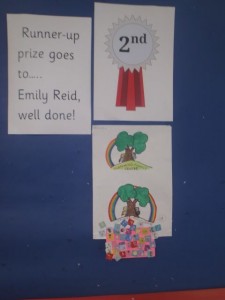 A huge congratulations to Fatimah who designed the winning logo for Glenwood Family Centre in our recent logo design competition. A close runner up was Emily and her family. Both girls will receive a prize and Fatimah’s design will be used as our new logo next session including on all new uniforms. 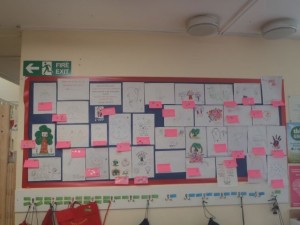 The winner was selected by the children, families and staff of Glenwood, including our new children who attended our recent induction afternoon. Thank you to everyone who took part in designing a logo.