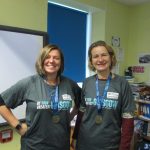 Everyone at North Bute Primary is very proud of Mrs McFarlane and Mrs Santos who completed the Great Scottish Run to raise money to help kit out our new Science Classroom and launch the boat that we have been making in partnership with the local boat yard.

END_OF_DOCUMENT_TOKEN_TO_BE_REPLACED 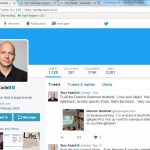 A class of S3 Business pupils at Dunoon Grammar school received a pleasant surprise last week when Tony Fadell – dubbed the Father of the iPod – tweeted words of encouragement for a learning experience the pupils were working on.

The pupils studying Business were working on a creative team exercise – tasked to rebrand Apple’s iconic iPod and devise an effective marketing-mix to breathe new life into the flagging sales of the once all conquering multimedia player.

END_OF_DOCUMENT_TOKEN_TO_BE_REPLACED 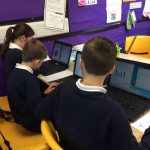 Primary 5, 6 and 7 have been developing their computational skills through our game design topic. These have included problem solving, debugging and creating algorithms. The children have set up their own game design businesses and to ensure they met the needs of their target audience. Detailed questionnaires were created, handed out and then the information was collated and displayed as pie charts and bar graphs. The children worked hard to use their numeracy results to inform their game design.
END_OF_DOCUMENT_TOKEN_TO_BE_REPLACED 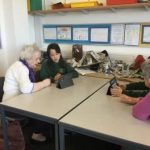 The Digital Leaders from Kirn’s Primary 6 spent a morning being teachers for members of our community who felt they wanted to come back to school and find out more about the online world.

Using the school iPads P6 pupils began with the basics – turning the iPads on and and finding out what an app is. Then they were off! Soon holidays were being browsed and online shopping was being investigated.

END_OF_DOCUMENT_TOKEN_TO_BE_REPLACED 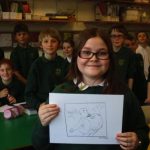 We’re always looking forward to Authors Live at Kirn so were eager to tune in to the latest broadcast featuring Children’s Laureate Chris Riddell. P4/3, P4, P5, P6/5 and P6 had already researched Chris and looked at a selection of books filled with his amazingly detailed illustrations. We had also prepared questions for Chris and emailed them in advance, hoping that one of our questions would be read out during the live show.

END_OF_DOCUMENT_TOKEN_TO_BE_REPLACED

Discover the latest edition of the Argyll & Bute 1+2 Languages Newsletter. This contains all the most recent updates on resources, training and innovative language projects. You will have received a copy from your school enquiries or alternatively you can click HERE 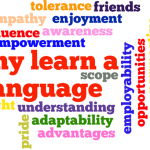 There are lots of new exciting resources and upcoming training and events to help you deliver language learning in your classroom. You will find all the information under the following headings in the recent Argyll and Bute 1+2 Languages Newsletter HERE

END_OF_DOCUMENT_TOKEN_TO_BE_REPLACED 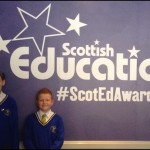 John Logie Baird Primary School and Pre Five Unit have been celebrating their success at the Scottish Education Awards 2016. They were delighted to be a top 3 finalist in the Learning through Technologies category at this year’s event. Judges from Education Scotland visited the school back in April and spoke to pupils, staff, parents and members of the community who were involved in their hugely successful Oscars Night and their innovative new Improving and Achieving report –

END_OF_DOCUMENT_TOKEN_TO_BE_REPLACED 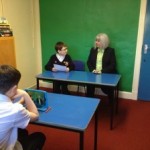 The tables were turned on the Observer today, when the interviewer became the interviewee. Reporter Georgia Love was at Dunoon Primary School to interview head teacher Mrs Stewart, only to be asked to be interviewed herself as part of a school project on news gathering. She was expertly “grilled” by Callum Crofts and the whole thing was filmed by David MacGillivray. 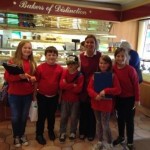 As part of our Food for Thought IDL, Strone pupils took to the streets of Dunoon on Friday to ask local businesses about how much of their produce is locally sourced. All businesses involved were very supportive and provided lots of information for the pupils to work on. 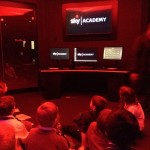 Sky Academy Skills Studio
On Wednesday 22nd April 2015 Toward and Innellan Primary schools went to Sky Academy Skill Studio in Livingston to make a news report on Natural Disasters. We got to use green screens, professional cameras (worth £60,000) and wear costumes. There were four studios each working together to make a news report. There were eight roles in each studio – Producer, Director, Scriptwriter, Camera operator, Reporter, Eyewitness, Expert and Editor.
END_OF_DOCUMENT_TOKEN_TO_BE_REPLACED 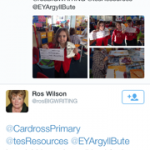 Ros Wilson the creator of Big Writing was impressed by writing at Cardross Primary. We were delighted she tweeted her support to our learners!

END_OF_DOCUMENT_TOKEN_TO_BE_REPLACED 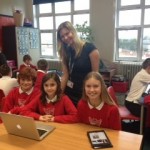 Cardross Primary recently welcomed Chrissie Lamont from Education Scotland. Chrissie was impressed with our technology work at the Scottish Learning Festival and is looking forward to working with us on some exciting GLOW projects.

END_OF_DOCUMENT_TOKEN_TO_BE_REPLACED 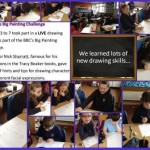 Primary three to seven took part in a LIVE drawing lesson as part of the BBC’s Big Painting Challenge. Illustrator Nick Sharratt, famous for his illustrations in the Tracy Beaker books, gave us lots of hints and tips for drawing characters with different facial expressions. He showed us how changing a character’s eyebrows and mouth can totally change their expression. Everyone really enjoyed the session, gained lots of new skills and built their confidence with drawing characters.

END_OF_DOCUMENT_TOKEN_TO_BE_REPLACED 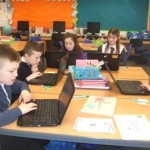 Several classes at RPS are working on blogging in connection with John Johnston of GLOW. We are working through tutorials with the classes through GLOW Meet and having lots of fun getting involved! The pupils will learn more about GLOW during the process and work on their communication skills! 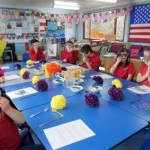 At the end of November, Lismore Primary School held a USA themed week. The children had suggested this following the success of China Week at the end of January. The week was chosen so that the children could celebrate Thanksgiving in true style on Thursday 27th November. The children were challenged to make another film about their week and discussed ways to improve their camera and presentation skills before beginning to present their findings.
END_OF_DOCUMENT_TOKEN_TO_BE_REPLACED 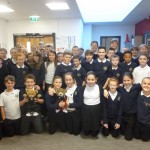 P7 and P7/6 pupils are shown here on the morning after a very successful ’Night at the Movies’ which was the final outcome for their Very Important Bear interdisciplinary learning topic. Pupils worked in groups of four to produce their own movies. They wrote the scripts, made props and then filmed using iMovie on our recently acquired iPads. Finally pupils edited their work, added titles, music and credits to produce the finished movie. The Assembly Hall was packed as parents and friends were treated to twelve very entertaining movies. The cakes and popcorn also went down well! 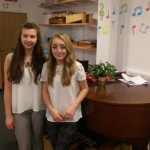 Dunoon Grammar School song for War Child a hit on Social Media
Pupils in Dunoon Grammar School are celebrating the success of a song released to commemorate the centenary of World War 1. (see below to hear the fabulous song)
Arlene MacKechnie (15) and Abigail Pryde (17) from the Argyll and Bute school published a version of Eric Bogle’s iconic song ‘No Mans Land’ on Social Media on Remembrance Day, 11 November, 2014 – a version of the song that Eric himself has described as ‘truly truthful and emotive’.
END_OF_DOCUMENT_TOKEN_TO_BE_REPLACED 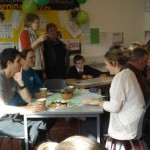 DGS Staff and invited visitors enjoyed a fantastic coffee morning organised by pupils from the school’s learning centre on Thursday, 2 October – all in aid of Macmillan Cancer Support.

END_OF_DOCUMENT_TOKEN_TO_BE_REPLACED 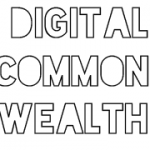 The nationwide Digital Commonwealth project run by UWS, focuses on lowering the threshold for involvement for individuals and groups so that they can be empowered to exploit creative tools and technologies to tell their stories, digitally. The project aim is to involve every Local Authority in Scotland in the digital reporting of the Commonwealth themes in the run up to the Queen’s Baton Relay. The schools programme promotes digital media literacy skills through a series of in-school training workshops, END_OF_DOCUMENT_TOKEN_TO_BE_REPLACED