Thursday 1st October saw the annual national celebration of poetry take place, however this year in the school library, we had to scale the event down. The usual Poetry Picnic could not take place, however, almost at the last minute (well three days before) ‘Pick up a Poem’ was spawned. The informal event was promoted in the daily bulletin along with a poem to be shared with register classes. The poems were chosen from the NPD website:

Who Has Seen the Wind? by Christina Rossetti

Who Knows? by Liz Brownlee

Once Tuesday became Wednesday a seed of a further idea came to mind… “Pick up a Poem” brought back memories of a TV advert and tag line of a certain well known biscuit, thus the event became ‘Pick up a Poem [and a Penguin]’. Poetry books were laid out on the few tables we currently have in the library and one each at the PCs. Each book was accompanied by the aforementioned biscuit. All pupils had to do was sit down and read a poem or three. There was an increased emphasis on pupils, already well versed in the routines, using hand sanitiser and wiping down the chairs and tables where they sat. Some staff also placed copies of their favourite poems on the classroom doors. 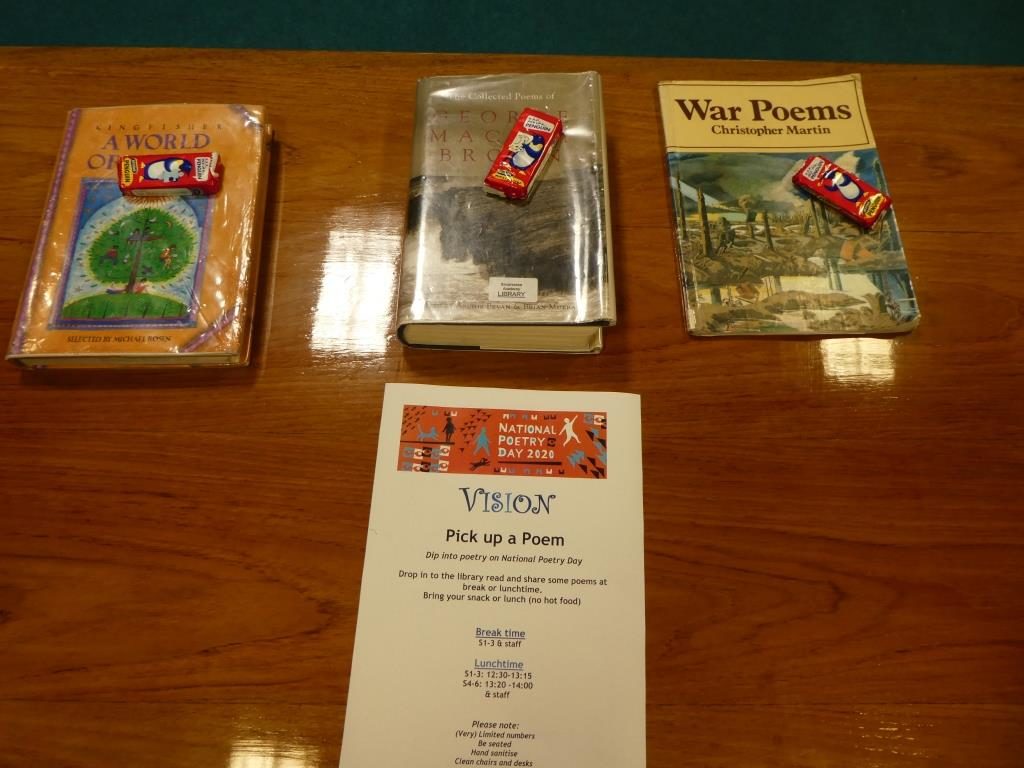 During the Junior Phase lunch sitting over 30 pupils came to the library, many of whom took up a poetry book and biscuit. After a very quiet (and long) term so far it was heartening, if not slightly emotional, to see so many visitors, and some very eager ones at that. At one point I extolled the virtues of and amazing (and emotional) novel in verse, The Weight of Water by Sarah Crossan – four pupils expressed an interest in borrowing it and are on the reservations list. Not sure in all the years I’ve been here that I have had such a long reserve list. The pupils were engaged, eager, and polite showing an enthusiasm for trying poetry, including those who said they really liked reading poems.

Last year we received a donation of a wonderful illustrated poetry book inspired by nature, The Lost Words, by Robert MacFarlane & Jackie Morris. This donation was the result of a Crowdfunder Campaign to get a copy of the book into every Primary, Secondary, and Special school in Scotland. This book is beautiful and a few first year pupils pored over it especially enjoying the illustrations. 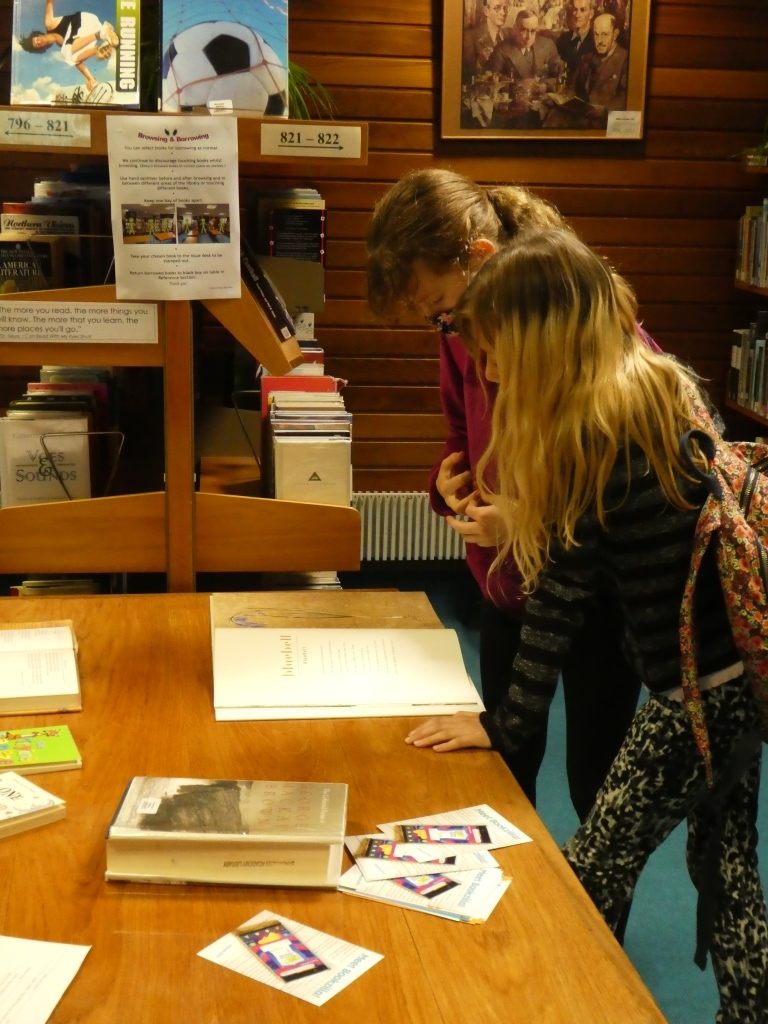 Once Junior Phase lunch was over, the seating and tables were further sanitised and library further ventilated, a handful of Senior Phase pupils came in and pretty much enjoyed the same, with the addition of hot chocolate. 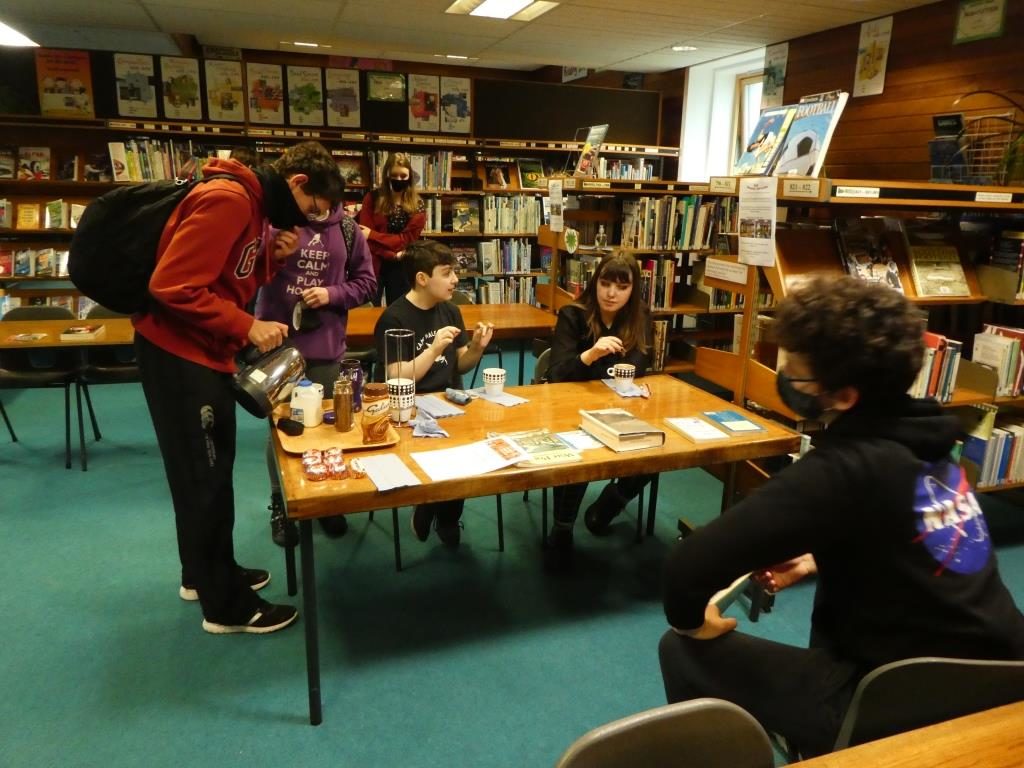 All in all, under the circumstances brought about by the pandemic, this event which I did not dare to hope could take place helped bring some normality to strange and uncertain times. Thank you to support from Senior management, staff, and especially the pupils.