TheAward is a nationwide award for Graphic Novels and Manga – where young people aged 11-16 choose the winner by rating each book as they read it!

We have been running a group within the school library for four years now. Shortlists are usually announced in December / January and we try to get a copy of each of the eight books in the library before the end of January at the latest. There are weekly meetings to discuss progress, as well as a reward card which, once completed, goes into a prize draw. 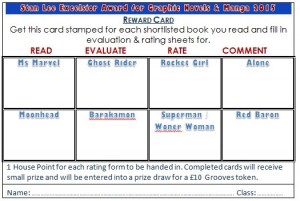 Pupils read the books then fill in an easy ratings sheet which are handed in the the Librarian. These are sent off to the award organiser in April.

If you are interested in Graphic Novels and Manga, and would like to get involved in helping to judge this award, let Mrs Sinclair know. 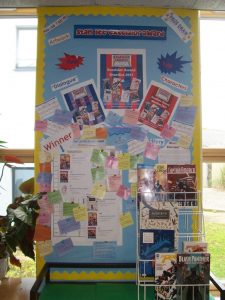 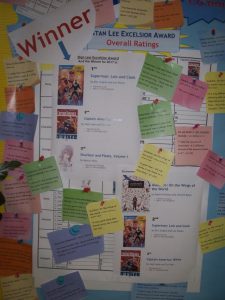