Pupils can create their own characters, but it is often easier to use pre-generated characters (eg. the ones in the starter set) as it takes time to create one from scratch. In the library keen players come in at lunchtime and use the Creating a Dungeons & Dragons Character guide and Player’s Handbook.

The character sheets can appear quite complex to begin with. A useful tip would be to ensure that the main sections of the sheet are highlighted. To this end, one could colour each of the most used sections: Initiative; Saving Throws; Skills, and Attacks. This means that if a player is struggling to find what they need (which even happens with experienced players), then the DM can say “Attacks in purple box”, for instance. 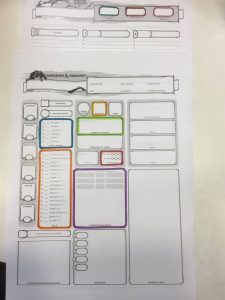 As a learning experience, during the initial introduction to the game, one could ask the pupils to colour in each section themselves – using the colours you set out so all are the same. This allows them to develop familiarity from the outset. This might also be useful for those who have processing issues with number and text, and one should also ensure that pupils (dyslexia) who have been identified as needing coloured paper rather than white, should be given a character sheet on the relevant colour.

Use miniatures and a square grid or hex grid to help visualise the scene and show the positions of PCs and enemies.  D&D doesn’t necessarily need these as players can just use their imagination to describe where they are – ‘theatre of the mind’. 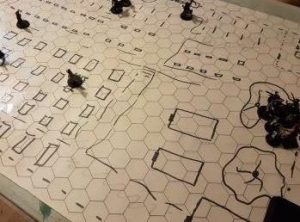 1″ square / 1 hex = 5′ in the game world (2cm square graph paper works too).  Wipe clean grids are handy, but a bit of A3 with a grid on it would be good enough.  Some pre-made adventures come with printed map layouts or you can purchase pre-printed card tiles.  Game world measurements use imperial measurements (USA product) so it is worth explaining this to your players.

Tiles – can be used in different combinations 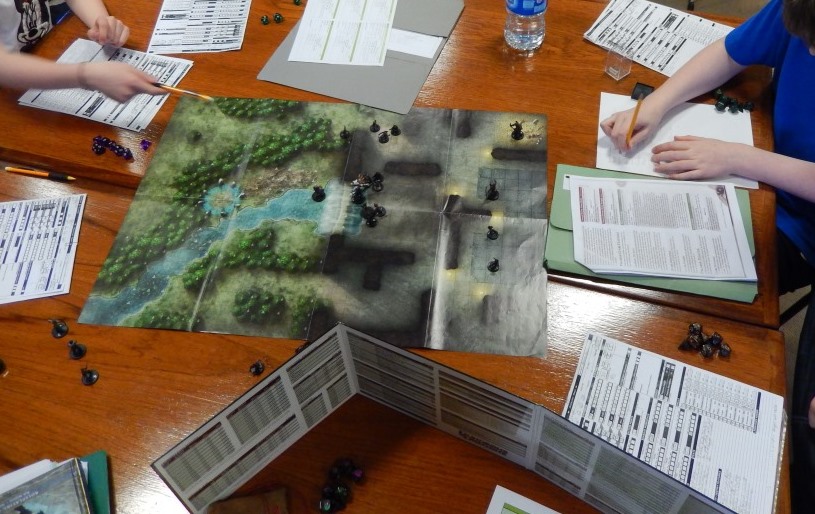 Plastic over a grid for dry-wipe markers 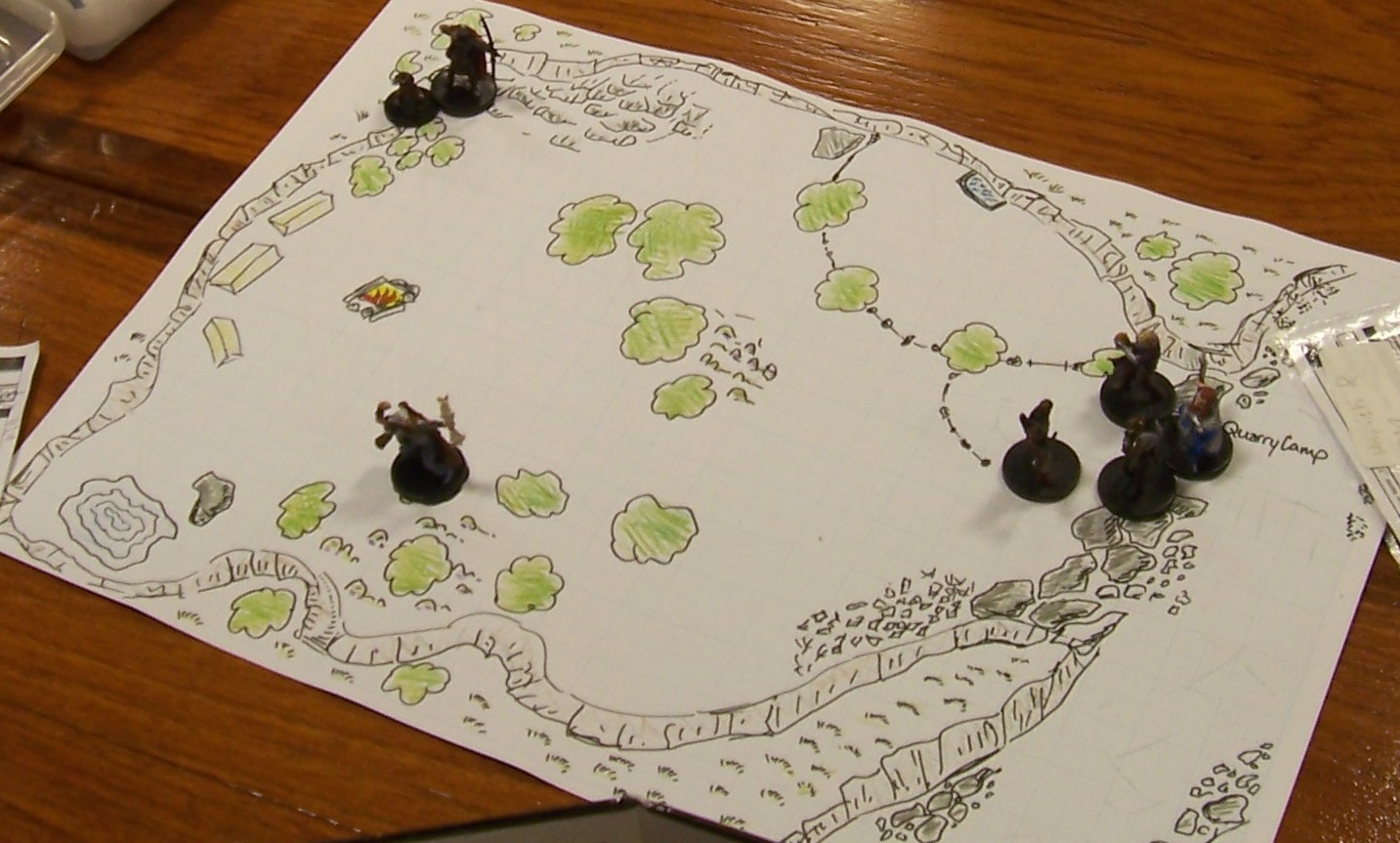 2. Groups: Best played in groups of 5-6.  One Dungeon Master to lead the game and 5 players with their ‘player characters’ (PCs).  Less than 4 PCs can make the game tougher as most published adventures are often geared towards this number.  An experienced DM, though, would reduce the numbers of enemies to ensure there are not too many PC deaths. 😉 Experienced DMs may also be able to run larger groups, but having clear table rules, in particular, players should not talk over each other or the DM, be ready for their turn and importantly, listen.

3. Dungeon Master: The DM will run the game. S/he will provide the detail of the setting, play the creatures and NPCs (non-player characters), describe events, actions, places, landscapes, etc. A DM can:

4. Timing the Sessions: Ideally one would want to play D&D in sessions of 2-3 hours (more is brilliant).  In a school with a set timetable we have to fit a session into a 50 minute lesson (we are lucky to have timetabled activities on a Friday) or thereabouts.  It can be difficult to maintain continuity with short sessions, but carefully managed one can do it.  Pupils are often interested in the combat side of the game – the dice rolling, the miniatures on a battle grid – rather than pure roleplaying – so make that a bit more of a priority.  Don’t spend an entire session having them travel between towns with little happening.

Tips for keeping on task in short sessions:

5. Types of Action: The D&D world is whatever you and your players want to make it.

6. Table Rules: Have a set of table rules and stick to them.