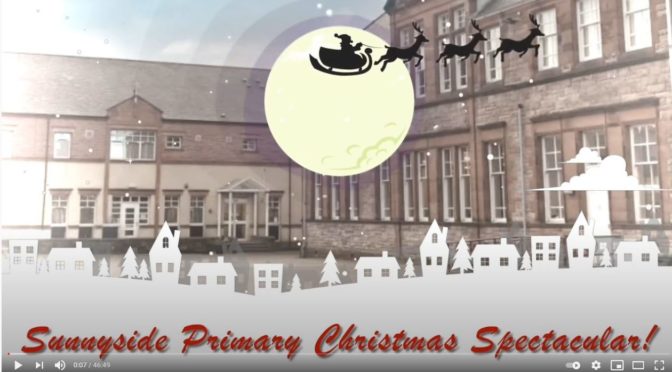 Our Christmas Spectacular and Infant Christmas Assemblies are now available for all to view via Google Classroom. For our Nursery families, this will be posted via your Learning Journals. 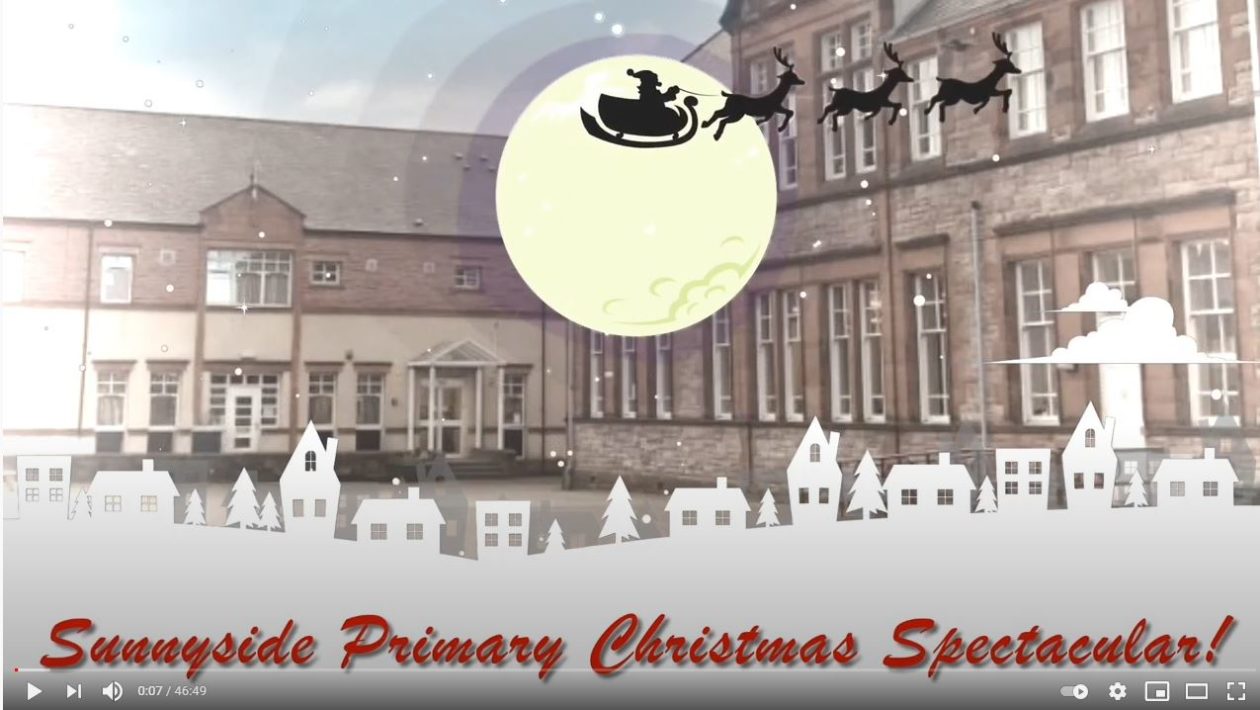 Thank you and merry Christmas.

It has been a busy week in Primary 7.

We have been planning our Christmas Extravaganza for next week. We had to use our talking and listening skills to plan it out in groups (Cara).  We went out to the playground and made a plan of it so that we know where to set up our stalls (Karis).

We are designing infinity cubes for our extravaganza.  We had to stick blocks together and made a hinge. Using our maths knowledge the toys were put together (Jaxon).

We were designing gingerbread men and used sewing skills to stick them together. We used cotton stuffing to put inside them (Sophie).  Some of us found it hard especially pushing the needles through the fabric (Karis). Jaxon, Sophie, Darcy, Michael, Courtney, Cara and Kelsi all persevered to make theirs to take home. Two people made pillows by sewing them together as well (Darcy).

Today at assembly it was a whole school assembly and the WHOLE school were there. This included the nursery and the office staff too. It was good to get a chance to see everyone in their own rooms. During the assembly, Miss Belford spoke about Christmas traditions and how they change (Kaiden). We made paper chains that joined up all the classes in the school and everyone from nursery to us in P.7 contributed to them.

We only have another 2.5 days to go until the holidays!

We hope you have enjoyed reading our blog and are getting prepared for the big day. Enjoy your holidays when they come!

Literacy: in literacy we have been finishing our gender equality reports. We had to include headings, subheadings and bullet points. We used our notes to make a report and added evidence to support our opinion. We will be sharing our ideas in a mini newspaper soon!

Numeracy: we have been focusing on division and multiplication in maths this week. Mild have been looking at recalling division facts, hot have been developing strategies for division, including door step method, and the spicy and extra spicy group have been multiplying and dividing fractions!

General: this week we started to map out community, next week we are planning to go for a walk to use our maps. We also looked at coding and started using scratch to build algorithms

Literacy
This week in literacy we have been looking at fake news and how to counter fake news by using reverse image search. To reverse image search right click and go to search on google. BEWARE IT ONLY WORKS ON GOOGLE CHROME! We also did a report on gender equality and looked at the history of gender inequality, experiments in relation to gender stereotyping and toys and gender.

Assembly
Today in assembly it was heartbreaking, the results and happy results were because the house captains were finally picked and vice captains were also picked. For our class we are very happy to say Sophie won House Captain for Ben Cluich!

This week we leaned about gender inequality and note taking. We found out that people can stereotype. We also found out that some people don’t identify within the gender binary (woman and man), they usually by they/them. We had a tiny talk about feminism. Feminists are people who believe everyone, no matter their gender, should be equal. We also watched a video where some people switched baby clothes. So the girl, Marnie, got switched into Oliver. The adults stereotyped and gave Marnie the “boy toys”, that impact development. We watched a video with children in it, the children were told to draw different jobs. Most jobs were drawn as men, whilst a small amount were women. Some people were also asked to name an inventor, none of them were women.

This week we looked at creating photos that represented discrimination and mental health. You can see some examples on Twitter.

In P7b we decided to make a mini podcast to summarise our learning. This is our first trial at podcasting and we hope that we will continue to develop this over the coming terms.
We shall post our mini podcast with a link here once Miss Burdett has had a chance to put our wonderful work into one small episode. 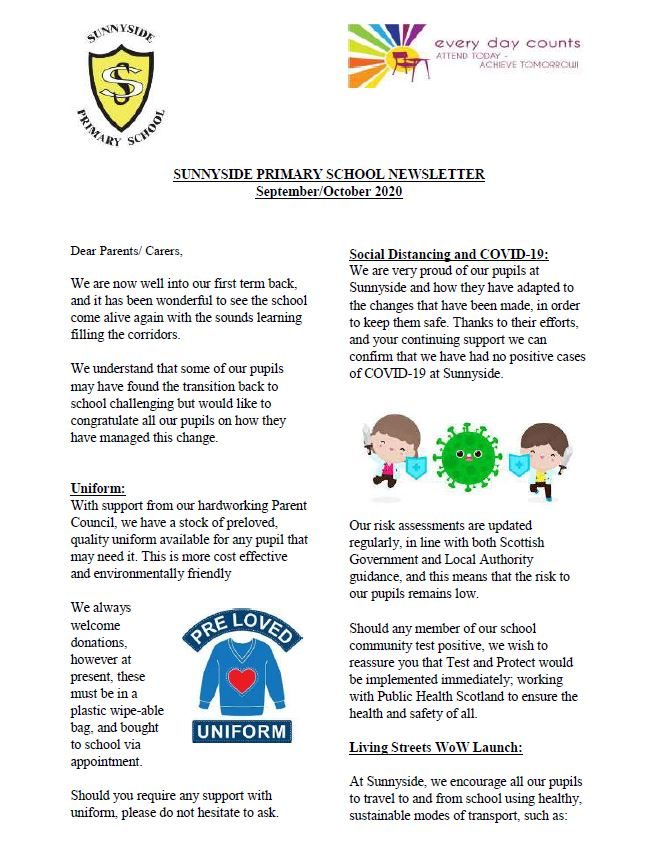 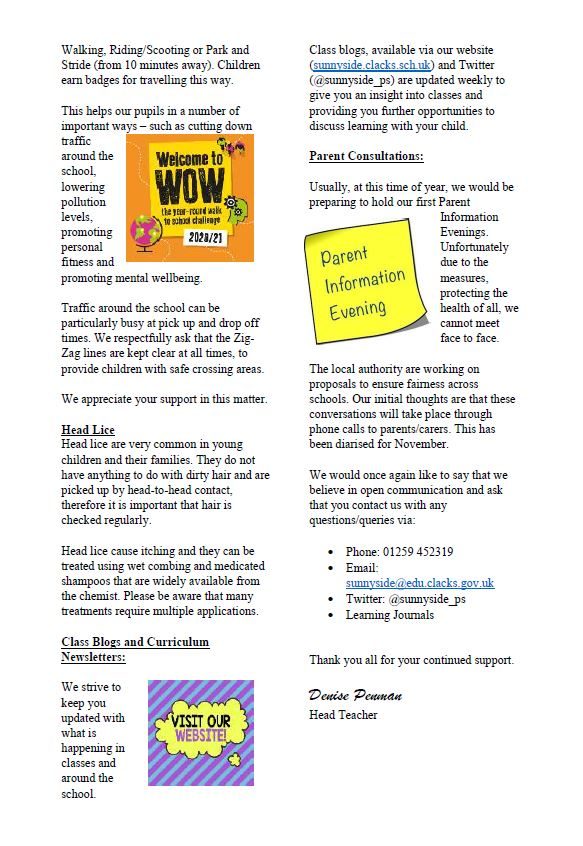 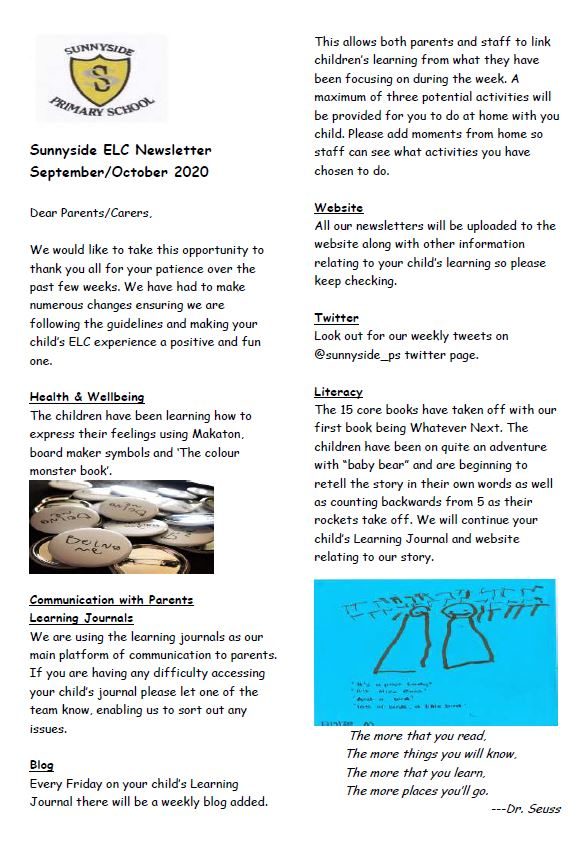 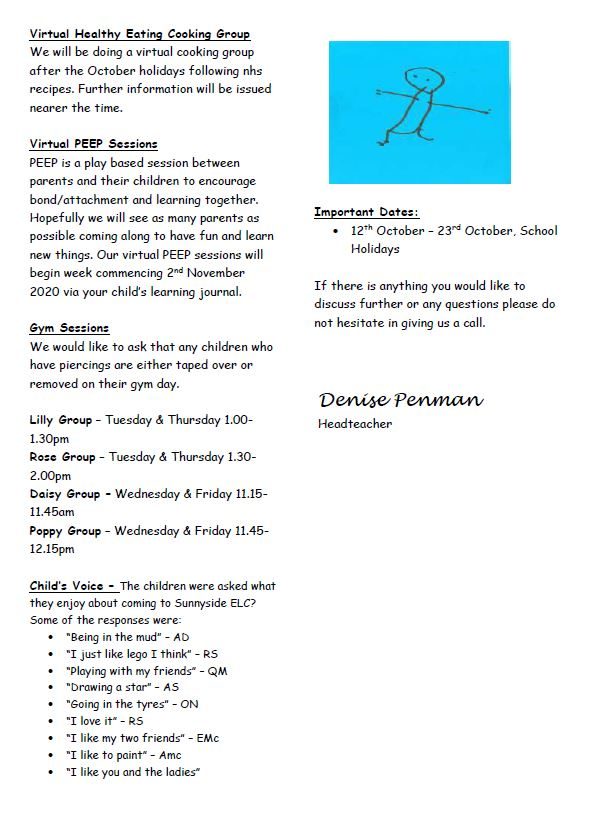 Maths
This week on maths we have been focusing on subtraction up to 5 and 6 digits. We also do beat that sums, if you don’t know what that is it is basic maths for the start of morning to help our brains warm up for the challenges throughout the day. We have developed our multiplication skills by using bingo to help us too and we have also played guess my number that helps with place value.

Literacy
We have focused on poetry and music we have been learning about:

IDL
In bikability we have been learning to cycle safely on the road, we have been looking at getting on the road safely and U-turns. In outdoor focus we have got rid of all the weeds and have planted some plants, including a strawberry bush. We then removed the bad plants and brought new ones. In art a group of us have been looking at taking photos and then editing them, we used the rule of third, using the background and face. In PE we have been learning football rounder’s.
Democracy Week
In democracy week we’ve been learning about Westminster and Holyrood. We know that in Westminster we need to be 18 to vote. There’s the house of commons and the house of lords, the House of Commons is green and House of Lords is red. Westminster is in west London and the big tower is called Elizabeth tower and the bell is called Big Ben. There’s 650 MPs, 220 females, and 65 BAME (black, Asian, minority, ethnic). The House of Commons pass over a law/bill and then the House of Lords debate about it and call it a game of ping pong.
In Holyrood government, they have devolved powers. The age to vote is 16. They have power over education, transport and health. And there’s 153 MSPs.

Maths
In maths we’ve been learning about addition, subtraction and strategies. A small group of us were reminding ourselves about time. We’re also doing mental maths Monday to Friday.

Science/emotion works
In Science we did gardening, some of us have plants to take care of, some of us were just getting rid of weeds. We also designed our wormeries, we used measurement and scale.

We looked at an animated story called lighthouse.
https://www.youtube.com/watch?v=6HfBbSUORvo

We also looked at another animation about a boy and his disabled dog.

We talked about the emotions in the animations and the actions. We wrote down the emotions the characters had, their actions, regulation strategies and more.

Literacy
In literacy we have been reading Coraline. We made an alternative cover for the book Coraline. We also researched words in a dictionary, which I personally found enjoyable. So did I. (Brooke, Sophie and Kaiden the Class Journalists wrote all of this by the way) Alongside completing comprehension about the Scottish Parliament.

We also did speeches for jobs! It was a bit scary but it was alright afterwards. Everyone’s speech were amazing and it was difficult to choose who to vote for.
Literacy
As part of Democracy Week we have been writing and giving speeches to try and persuade classmates to vote for us to take on school leadership roles. We know which features to include in speeches like adjectives, repeated phrases, rhetorical questions and emotions. When delivering a speech we know we need to make eye contact, stand upright, use gestures and be confident.

Numeracy
We have been learning to use 4 different methods to calculate addition sums. These include: column addition, partitioning, number lines and rounding.
We have also been learning about the range of different terms to describe the 4 processes: Add, Subtract, Multiply and Divide

IDL
We took part in a Webinar with representatives from the Westminster Parliament and learned that in Parliament there is 2 houses, The House of Commons and The House of Lords. The Commons make the laws and the Lords read these and make any changes before they go back the Commons (Parliamentary Ping Pong)and then the Bill is signed by the Queen and becomes an Act.