The Role Playing Games (RPG) activity in the school library at Stromness Academy has been running since 2003/4 or thereabouts. It started after a couple of pupils asked if they could run Dungeons & Dragons games in the library during Tuesday after school activities. Mrs Sinclair, Librarian, said “Yes” as she had played for he first time back in 1992 (two days before moving to Orkney and taking up her post at the Academy) and remembered enjoying that game. 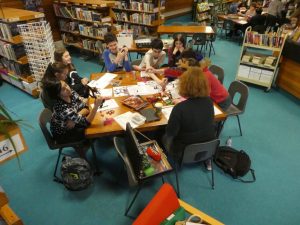 The activity group back then consisted of four pupils and the Librarian, but grew to an average of seven players. Mrs Sinclair then offered Dungeons & Dragons as a Friday afternoon (part of the school timetable) activity. Over the years we have dabbled in other RPGs, including Call of Cthulhu, Warhammer Fantasy RPG, Vampire the Masquerade, but the heart and soul of the group is still Dungeons and Dragons. We started in 3rd edition, moved forward t0 4e, and now play 5e, alongside a pupil running a Pathfinder RPG group. Games now run three times a week, Tuesday after school (1hr 10 mins), Thursday lunchtime – Luncheon & Dragons (30mins), and Friday activities (50 mins). 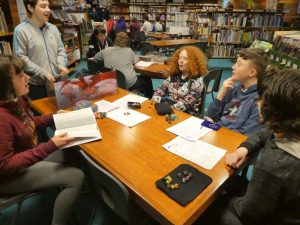 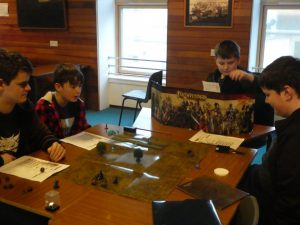 Resources (rule books, miniatures, map tiles, dice, etc.) for the group have mainly been supplied (loaned) by Mrs Sinclair, with core rule books being bought out of extra funding. Mrs S also spent many hours (and still does) of her own time planning and writing adventures for the group. However, in the last three years, the Friday activities group has grown from an average of 8 or 9 players three years ago, to a whopping 40 participants back in August, dropping to 33 in October, and now back up at 39 since the beginning of January. This is unprecedented and means that over 10% of the school roll participate in the RPG activity which for the time being is the biggest one in the school, surpassing the usual big take-up in the sporting activities. This meant that two Player’s Handbooks and single copies of the other core books just weren’t enough.

At the tale end of 2018, Michael Mordor, a professional miniature painter, (he had previously donated miniatures to the Monday mini painting club), with permission, put out a call via his Patreon Website and Twitter for donations of RPG materials for the school group. I wonder how many school libraries have such a well stocked RPG section? 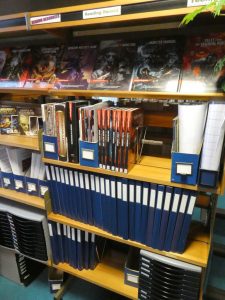 The response was overwhelming with resources coming in from the UK, Europe and the US (as far as I know). We received Core rulebooks, modules, Xanathar’s and Volo’s, Dice galore, miniatures, dungeon tiles / maps, character sheet masters, DM screens. 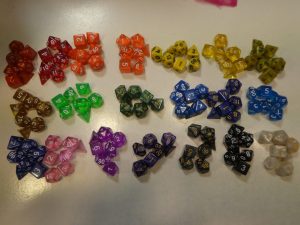 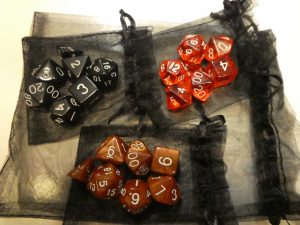 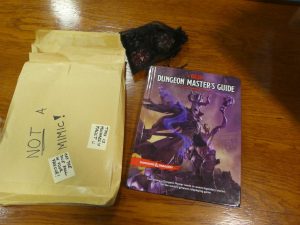 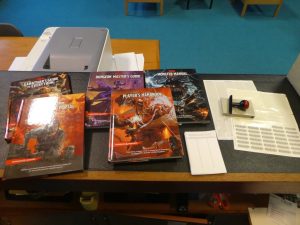 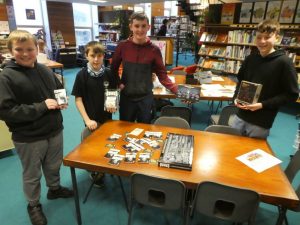 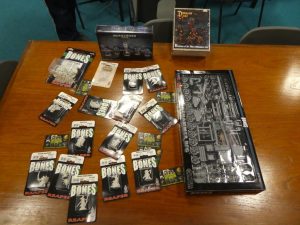 Thank you to everyone who donated (Scroll down to bottom of page) (If I have missed you off the list, please let me know). Your support is very much appreciated by the pupils and myself. F.S. 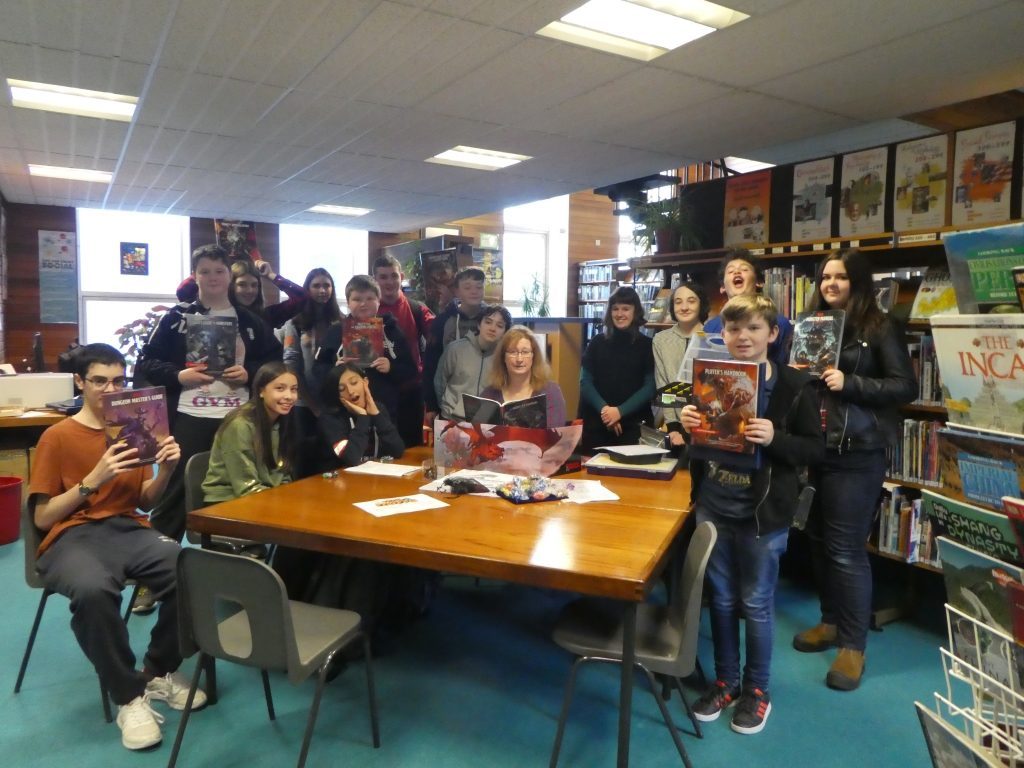