Christmas is nearly upon us again and there are a number of things to see and do in the library until the end of term on the 21st. 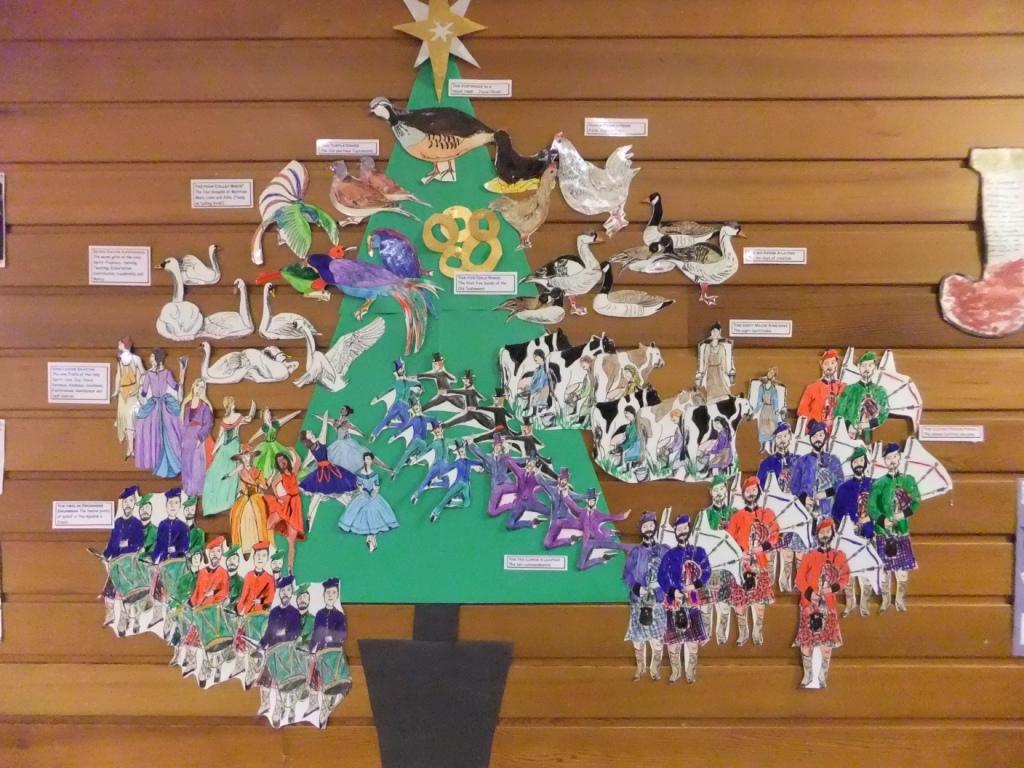 Pupils Librarians have been busy decorating the trees and the Christmas display is up on the wall. This year an old display has been resurrected from the archives with the centre piece being The Twelve Days of Christmas. Flanking this are a handful of old photos of Orkney and some hand made (not very many computers back then for shiny colour printouts) and illustrated information sheets about Christmas, some done by ex-pupils and some by myself. 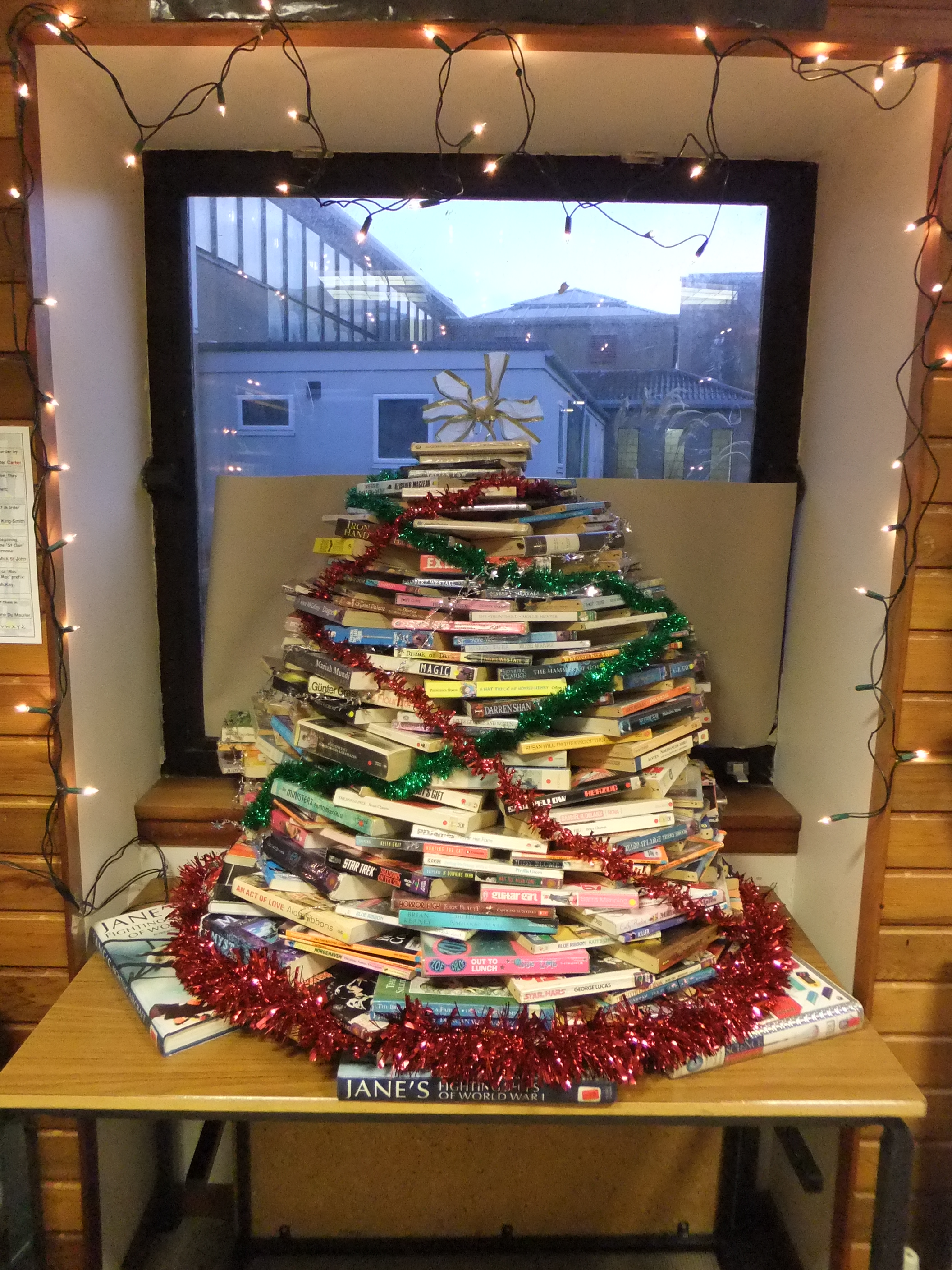 A rather squat, leaning into the Orkney winter gales 😉 book tree

‘Trees’ made out of stacks of books appear to be the ‘in thing’ this year with a number of pictures being circulated on the internet. Here is our attempt in a very limited space.

Not long ago, on The School Librarians Network (SLN) (an online forum) someone somewhere suggested an idea for a competition within their school. This grew legs and sprinted away with it becoming a national competition with the the winning pupil receiving an iPod Touch. Many schools across the country are doing this, with the overall winners from each school being forwarded to the national competition.

In Stromness Academy, this competition is open to all pupils and staff. S1 and S2 have worked on their stories – remember, they are only 12 words long – during library periods ith some producing up to six or seven entries. Stories are shortlisted and there will be a prize for each year group as well as an overall winner.

There is still plenty of time – the closing date is Thursday 20th December. PUpils and staff can submit as many entries as they want.

Here are some examples that have been submitted so far:

A transparent snowflake falling from the deep blue whilst twinkling through starlight.

Snowball fight after rain. Hit him in the face. Bet that hurt!

The snow was whiter; the tree was brighter, when Santa was real.

Rattle, bang, clunk, thud, pop, SMASH! Should not have shook that present.

Here he comes. Santa has my Dad’s brown eyes… Wait a minute…

The snowball fight has consumed the playground sending the young kids scurrying.

And from the staff:

Last Christmas I gave you my heart. Then I dropped down dead.

Christmas at the palace. The Duchess retches, William winces; the world watches.

Misletoe in the doorway. Her waist encircled; in love, her cheeks burn.

One horse town; open all hours. Jingle sleigh for sale. Snow down.

This challenge has been resurrected after a few years gap. A number of wrapped books have been placed under one of the trees in the library and pupils (and staff) have been invited to select a book to read over the holidays. They don’t know what they are going to get other than the chance to possibly read something completely different to their normal choices. All that is asked is that they give the books a fair chance then fill in a mini review slip giving a brief outline of the book and some comments (good or bad). Those that return their books and completed review slips after the holidays will receive a small prize.