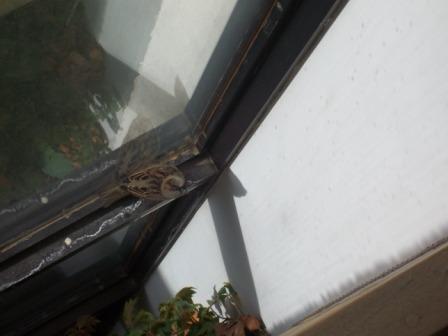 I was sitting at my desk and thought that I heard the patter of tiny rodent feet in the suspended ceiling above me. Imagination? During the course of the period, I heard it another couple of times. I called the Janitor, who came and we had a look but no sign of anything. Ten minutes or so later there was a very distinctive cheep! Mice don’t cheep. Lifting a roof tile, I peered in to see a bird.

The other Janitor came with a step ladder and after about 20 minutes we had ‘persuaded’ the bird to drop into the library. After some fluttering about it perched a plant, then dropped to the floor. The Janitor caught it and it was safely released, although somewhat tired looking outside.     FS 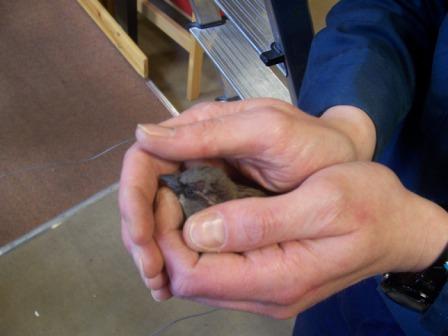