Over the past few weeks, the children have been investigating dinosaurs and where they lived.

After using different reference books the children decided that the dinosaurs must have lived with a volcano.

We used the internet to investigate what makes volcanos erupt.

We decided to make our own volcano using a plastic bottle and paper mache. We used bicarbonate of soda, washing up liquid and vinegar to make lava.

“Can you make dinosaur land?” Sorley

“Look at the lava, it looks hot and dangerous.” Fraser

“The dinosaurs lived along time ago, they are now extinct.” Zachary

“Will it explode?” Scott “No it will erupt, because the lava gets very hot, you know.” Maria 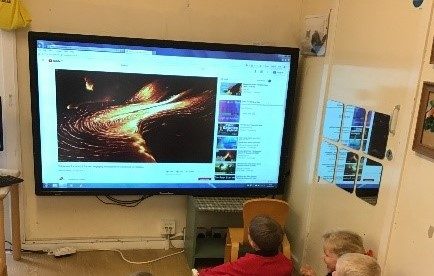 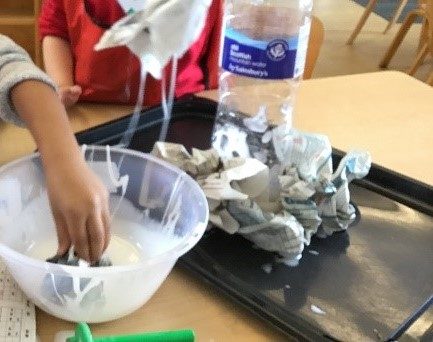 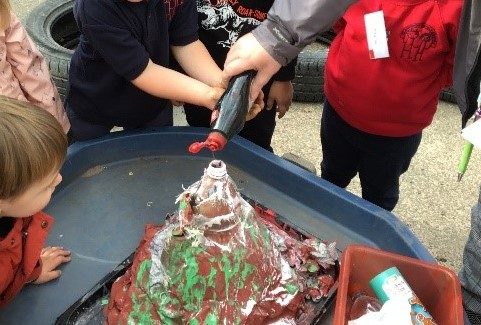 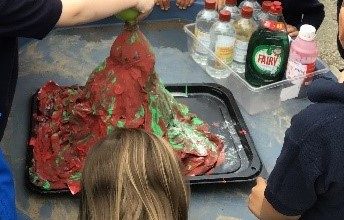 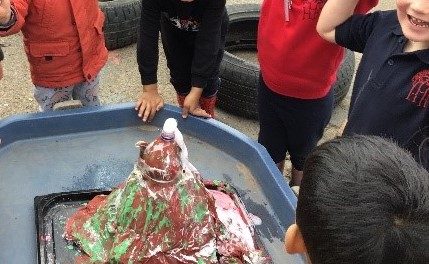 Our recent interest in dinosaurs led to us developing our Discovery area into a dinosaur cave and Jurassic World. 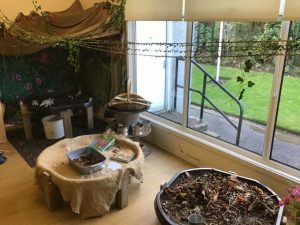 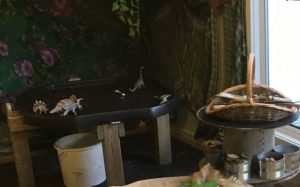 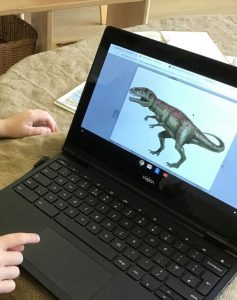 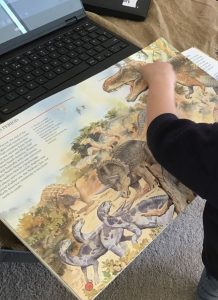 We researched all about dinosaurs using books and Chrombooks. 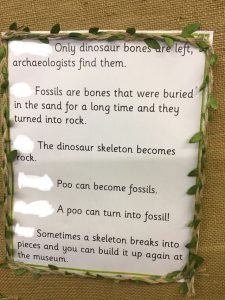 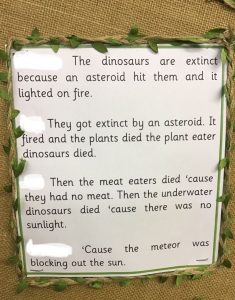