It was Achaleven Primary’s turn to organised Sports Day this year for their school along with Barcaldine, Kilchrenan, Lismore and Strath of Appin schools. Appin kindly offered their facilities for the day. As we are a collection of schools we decided on a collection of colours for our theme – a rainbow! The pupils from Achaleven designed all the games and an active warm-up to get everyone ready. Although there was a bit of rain it didn’t dampen spirits and lots of fun was had and friendships made. You can’t have a rainbow without a little rain!! END_OF_DOCUMENT_TOKEN_TO_BE_REPLACED

Three accomplishments over the last few weeks for Barcaldine Primary School
Big Pedal
It has been a hat-trick for Barcaldine Primary School children in the Big Pedal race. We came joint first in the UK in the Small Primary Classes 5-day Challenge category, for the third consecutive year. We have taken part in the Big Pedal’s virtual cycle around Britain for several years now and the children are always very enthusiastic about using the Sustran’s cycle path to cycle to school.
END_OF_DOCUMENT_TOKEN_TO_BE_REPLACED

Over a 5 week period the children, who had been split into two separate age categories (P1-3 & P6-7), did the same games each week. In the final week, each game earned the children points for their achievements.

Our P1-3 children received third place in the competition.

Here the children are with Active Schools co-ordinator Gillian Walker showing off their medals.

The children of Barcaldine Primary School decided to do something a little different for our recent Christmas celebrations.
Their first job was to organise a school enterprise project. The children named themselves The BPS Elves and made wreaths and Christmas decoration from natural materials along with the glitter and sparkling ribbon! The children sold to their families, staff members and the local community and made an impressive £100 profit.

END_OF_DOCUMENT_TOKEN_TO_BE_REPLACED

Anyone interested in the workshop and outdoor & woodland learning is invited to come along at 4.30pm to have a chance not only to make lanterns but discover what the OWL group can do to help promote outdoor learning.

END_OF_DOCUMENT_TOKEN_TO_BE_REPLACED

There is an interesting article in the Spring/Summer 2016 edition of The Nature of Scotland, produced by Scottish Natural Heritage (SNH), about how people of different parts of Argyll were given Gaelic animal nicknames. The article is in English and Gaelic.

Pupils and staff of Barcaldine Primary School have been making use of the Sustrans cycle track, on a daily basis, as part of the Big Pedal fortnight. Today the local pre-5s, and parents, joined us for a long cycle and a picnic in the sun. The children were such confident cyclists that poor Mrs.Watson, who was supervising come of the younger children, had to run all the way to keep up! We are looking forward to another week of cycling, tricyling and scootering next week. END_OF_DOCUMENT_TOKEN_TO_BE_REPLACED

Gravity-defying structures, precious egg-bundles and musical mayhem were the order of the day on Tuesday when Kilchrenan and Barcaldine Primaries joined Achaleven for a celebration of science and technology as part of British Science Week.

Teamwork was required to figure out how to protect their prized eggs from damage whilst being dropped from great heights, whilst some amazing feats of architecture were created from spaghetti and marshmallows!
END_OF_DOCUMENT_TOKEN_TO_BE_REPLACED

We are extremely pleased that 2 of our 4 pupils got recognition for the entries into the annual Road Safety Calendar Competition.

Connor Coombes won 1st place in his P4 category and Abi MacCorquodale received a Highly Commended in her P5 year group. June Graham, A&B Road Safety Officer popped in to hand over their pictures with certificates and a £25 voucher for Connor to spend at Amazon. Well done to both of you

The cool angels from Barcaldine Primary School did God’s list of jobs at their nativity performance on Tuesday evening. A church full of family and friends joined in singing carols and taking part in a Christmas quiz and enjoyed a very entertaining evening. They especially enjoyed the creative use of giant cut out shepherds and kings on wheels to complete the scene. Our silver collection raised £74.80 for Text Santa.

Last week pupils from Barcaldine Primary School were in Sutherland’s Grove setting up their Sgoil na Coilltean (School in the Woods). While they were surveying the woodland with Rory MacLean (Forestry Commission Scotland) for trees that could be felled, they were invited to assist with the Health and Safety operations for the felling of the Oban Christmas tree with Rory and Argyll and Bute Council.

END_OF_DOCUMENT_TOKEN_TO_BE_REPLACED

Barcaldine Primary School have won a total of 11 firsts, 11 seconds and 9 third prizes at two local horticultural shows at Benderloch and Connel, over the past weekends. They put on fine displays of vegetables, flowers, baking, arts and crafts. The pupils are delighted to be the first primary school to win the Duncan MacPherson Trophy for a selection of mixed vegetables. Many thanks to Marion Fisher for all her hard work gardening with us.

Oban Phoenix Cinema was invaded on Wednesday morning by Barcaldine Primary and Ardchattan Primary pupils who (courtesy of Renewables Now who donated a gift voucher) were booked in to see a film. The children enjoyed watching Rio 2 on the bright orange beanbags whilst munching on popcorn and crisps and slurping on juice!! After the film the Barcaldine children and staff went along to Palava for a spot of lunch. This was a great get together for us as we are sad to have Miss MacLellan our head teacher leave us for pastures new!! Our new acting head Mrs Julie Watson joined us too so now we know who will be greeting us after the summer holidays!!

Stramash visited us again last week however this time we got to stay in our own playground. We were joined by Achaleven primary School pupils and Rob from Stramash delivered a PE session with all the children. We certainly had a beautiful day for it and we actually had to take shelter because it was so hot.

Barcaldine Primary School participated in the Sunday Mail’s Centenary Fund Onesie Day fundraising event. The children all came into school wearing their onsies!! We had a variety of animals like a bear, frog, rabbit and cheetah as well as angry bird and batman. The children raised £50 on the day. The Centenary Fund raises money for 17 different charities and their target this year was to reach 1 million pounds.

The children of Barcaldine Primary School recently had the Generation Science team visit them to do a workshop. The Marvellous Magnets workshop was thoroughly enjoyed by all the children. We were transported into the mysterious world of magnets and we had fun being the scientist and being able to learn about magnetic attraction and repulsion as well and fields and poles. We explored how magnetic forces have an effect on our world like the magnetic Poles and the Northern lights.

Last week the children from Barcaldine Primary School had two excursions with Stramash. On Tuesday the children enjoyed a hiking adventure and went along to Ben Lora in Benderloch. The weather wasn’t kind to us but we managed to reach the viewpoint without too much mud on our wellies. On Thursday we were taken along to Loch Creran where we went canoeing. The children had a ball and we even found a starfish! Thanks very much to Stramash for two amazing days.

The North Lorn Primary Schools – Lismore, Strath of Appin, Ardchattan, Barcaldine along with Achaleven and Kilchrenan from further afield, held their own Commonwealth Games on Lismore on Thursday 5th June. Calmac very kindly ran two special ferries to accommodate the 70 visiting children together with staff and parents. The Games began with an Opening Ceremony where each school representing a different Commonwealth country paraded with a flag and a banner before performing a dance or song from their chosen nation.

END_OF_DOCUMENT_TOKEN_TO_BE_REPLACED 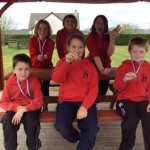 Barcaldine Primary School sent six children along to the annual OLI Interschool’s Orienteering competition on Friday morning. Dunstaffnage in Dunbeg was the location and we were very thankful for the lovely dry weather, it makes all the difference when it is dry!!! One of our six was unable to take part in the orienteering competition as he had a sports injury but he was photographer and supporter for the rest of the troops all day long. The other five impressively came back to school with a medal each. END_OF_DOCUMENT_TOKEN_TO_BE_REPLACED

Barcaldine Primary School recently had a visit from an ‘Eco Investigator from Zoolab’.

Anthony from Zoolab descended upon us with a huge big box in tow to discuss with us our environment and what creatures and animals require from their environment to survive. The children got to touch, feel and handle the various animals but there were a few we didn’t dare touch!! Some of the animals had to stay inside their boxes but we did get a chance to see them when they appeared from their hiding place! END_OF_DOCUMENT_TOKEN_TO_BE_REPLACED