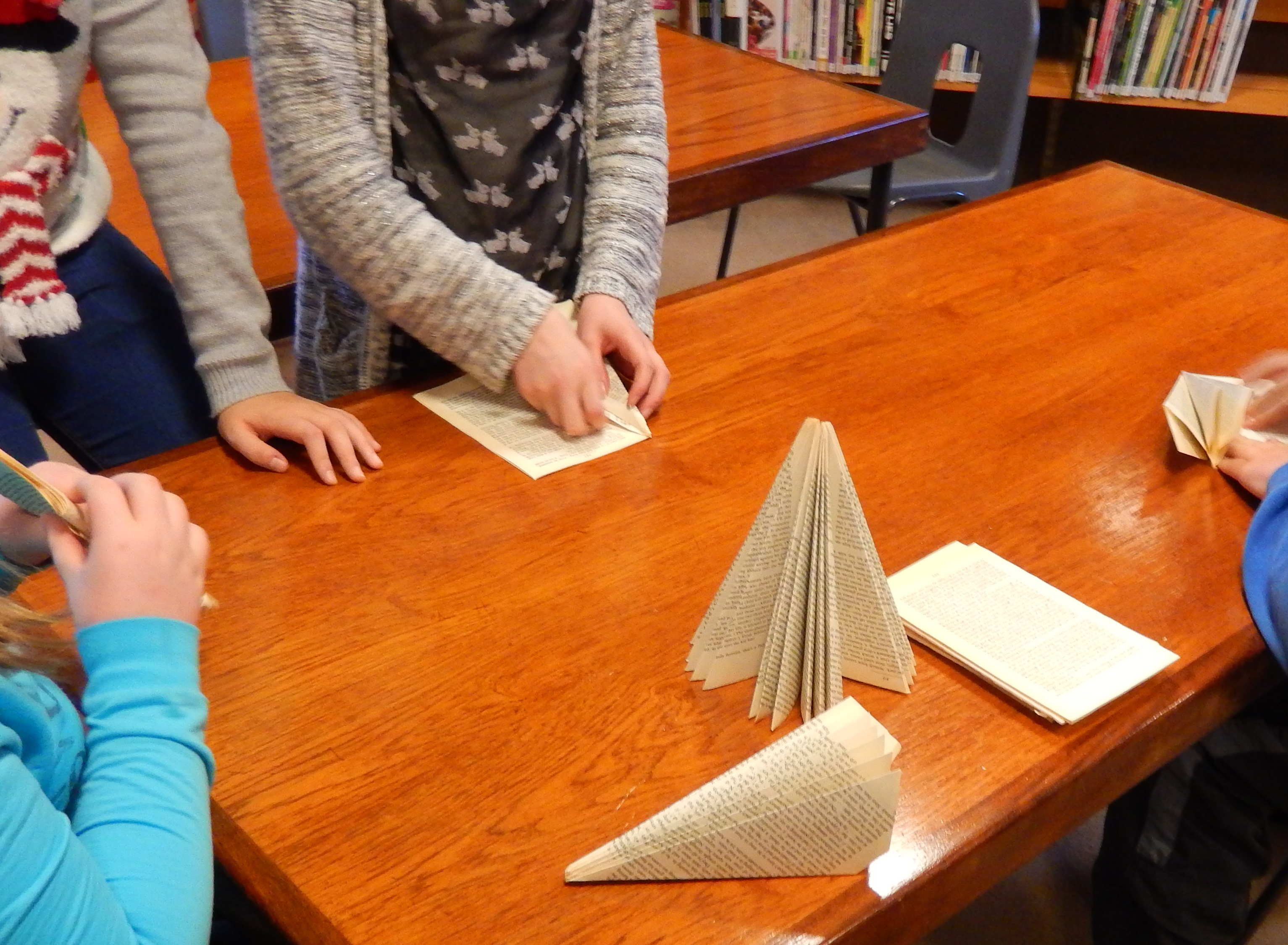 ‘Last week, the first signs of Christmas started appearing in the school. The 1st December heralded the start of decorations appearing in classrooms, canteen, offices and library. During the early part of the week, an idea shared through School Librarians’ Network was put into practise as Mrs Sinclair and some lunchtime regulars recycled old withdrawn paperbacks into Christmas trees. Actually, what happened was Mrs Sinclair was recycling the paperbacks and the pupils spotted her and wanted a go. 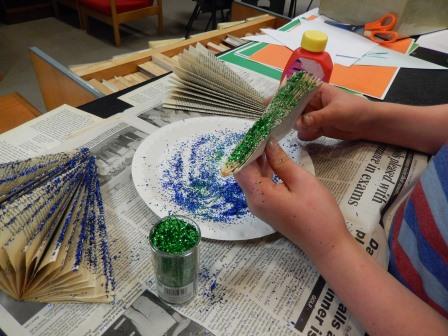 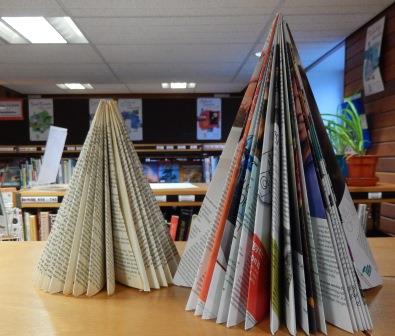 During the course of the week more decorations were made. It became apparent that old yellowed books made for rather nice sophisticated decorations and paper chains,  stars and dangly concertina ones followed. An old magazine was also turned into a slightly taller tree too. 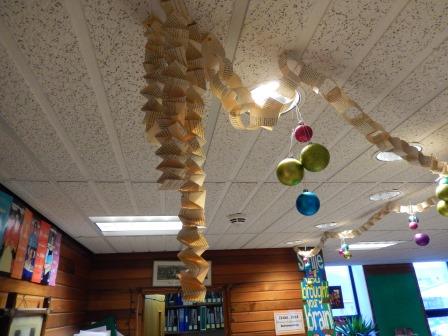 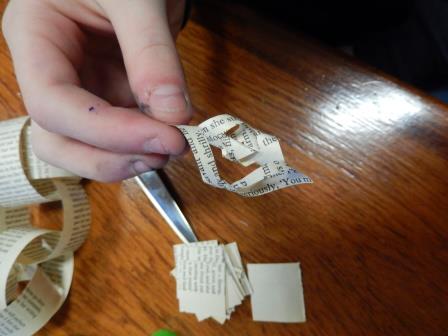 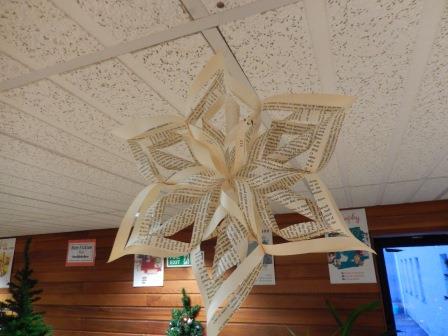 ‘Hot Chocolate Thursday’ turned away from Middle Earth and Lord of the Rings Monopoly and a decoration session was enjoyed by those who participated. 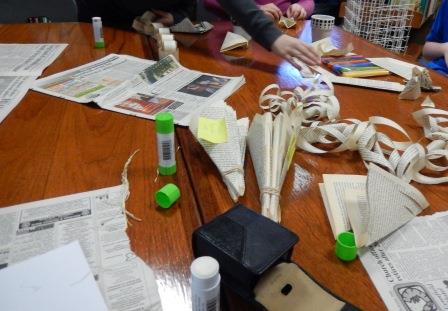 Now, with just over a week to go until the end of term, the library is decorated and the trees are up. 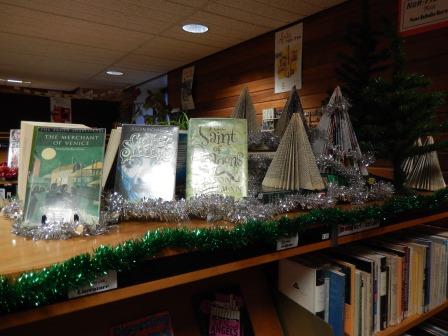 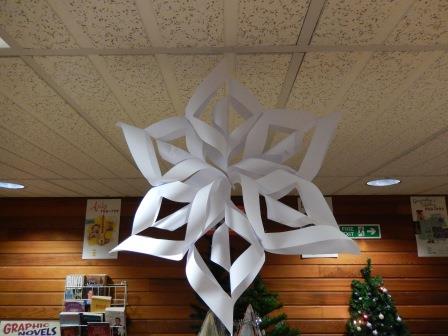 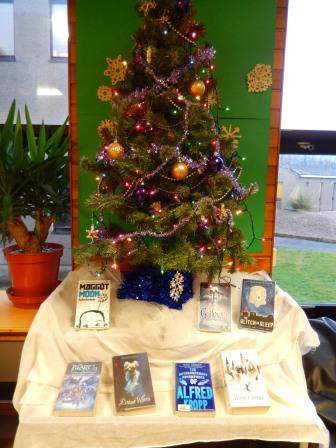