The annual Poetry Picnic took place yesterday, Thursday 3rd October and was attended by around 20 pupils over the course of the lunch break. This is now the 11th year we have been celebrating National Poetry Day. The Poetry Picnic idea didn’t really start until 2006, but we did have a ‘Poetry Feast’ back in 2004 when the theme was Food.

In the run up to NPD, during library periods, pupils in S1 and 2 did some keyword brainstorming around this year’s theme of water then wrote a few lines of ‘poetry’ which were then used to create tag clouds. The lines of poetry also informed the Cento (group poem) which produced on the day, although this will still be a work in progress with more lines hopefully being added before the end of term next week. 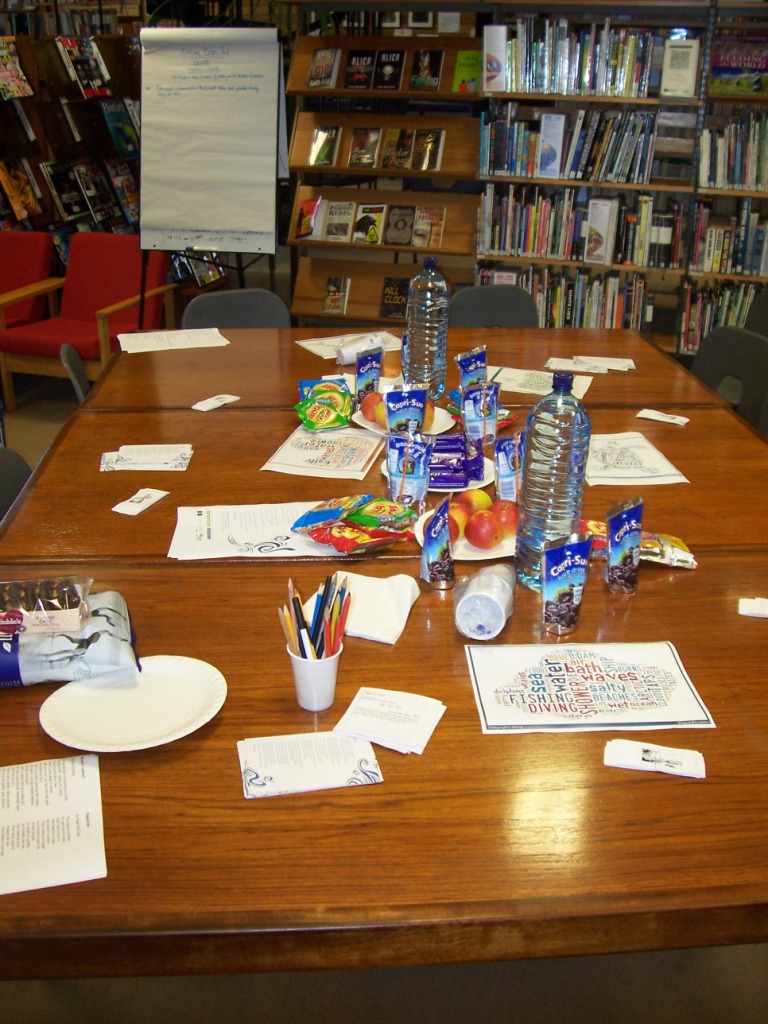 The Lower library was rearranged so that pupils could all sit around a large table, indulging in snacks as well as having the space to play the poetry pairs game (downloaded from the National Poetry Day website) and attempt to fit the poetry postcards, from The Scottish Poetry Library, together into a pattern – a postcard jigsaw!

Pupils also took turns in reading out some of the poems from the postcards as well as those from the pairs game. One pupil fortuitously grabbed a book off the poetry display (The Upside-Down Frown  : Shape Poetry by Andrew Peters, Wayland 1999) and happened to turn to a watery themed poem… totally unplanned as far as we were aware.

In the afternoon, the last S1 class of the week, spent about 15 minutes at the end of their library period playing the poetry pairs game and looking at the postcards.

We could write lines of poetry (S3) 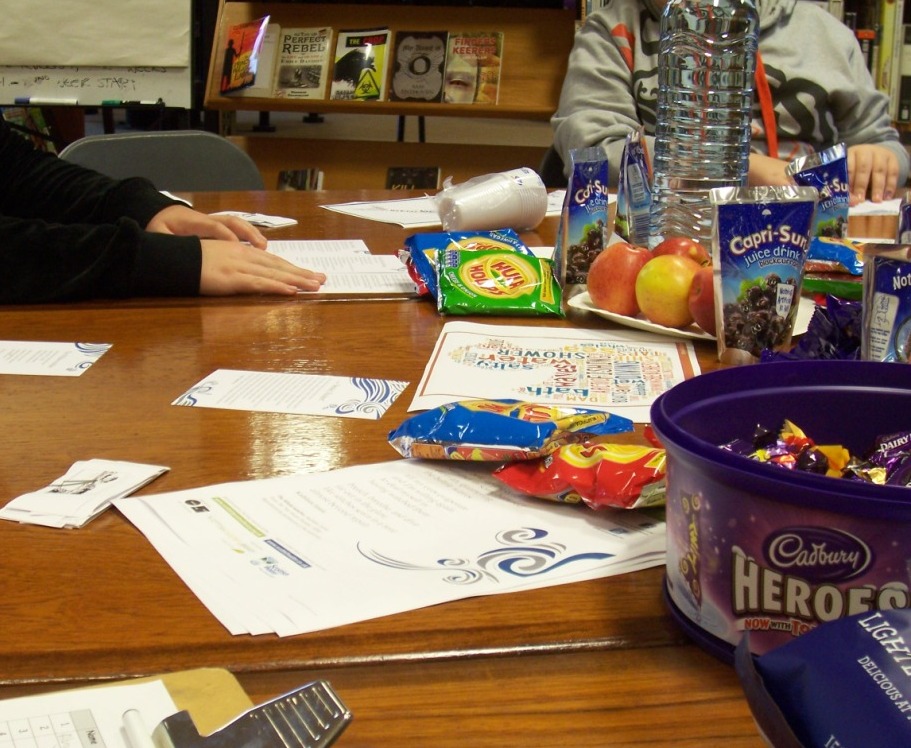