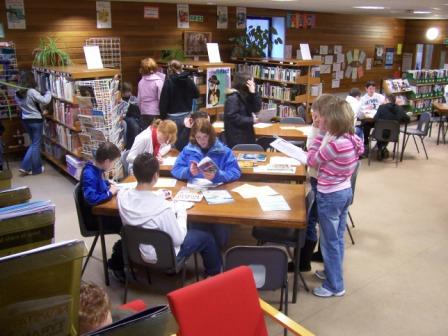 Since the February break, S1 pupils in History have been carrying out investigations into ancient civilisations. Prior to starting their research, pupils did a one period information skills course, which introduced them to some of the resources available in the library and to the internet hotlist on The Ancient World. They were also shown the planning process which would enable them to produce a good investigation.

Four classes have been coming to the library twice a week to carry out their research. The pupils

have used the library very effectively, showing a good working knowledge of how to find information both in the library and on the internet. The extensive collection of books on this vast topic have been well used, as have the books borrowed from The Orkney Library. The pupils are encouraged to spend 1 – 2 periods using the book resources only, not going anywhere near the internet. This means that by the time they come to search the vastness of the information superhighway, they will have some understanding of the topic they are researching and the keywords they will need to use.

The current info skills and subsequent investigation is a far cry from 15 or so years ago when the pupils only investigated Romans, Greece or Egypt. Pupils are given a fairly wide remit in terms of the topics they choose to research include: Ancient Rome, Vikings, Ancient Greece (with one pupil focussing on Sparta), Ancient Egypt, Aztec, Inca, Maya and Ancient China. Several pupils are also looking at the history of the Australian Aborigines, New Zealand Maori and Canadian Inuit.

It is a real delight to see the pupils getting on with their work independentaly with little input from myself or the History Teachers. Part of the success of this particular department / library liaison is down to the fact that over the years, the info skills booklet has been tweeked and developed until it is now at the stage that it provides an effective short course / introduction to the research and that the teachers have been supportive of the role the library has in such work. 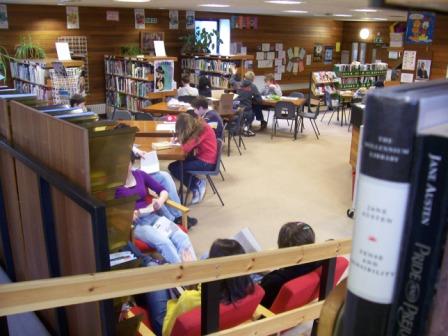