Welcome to the final blog of session 2018/19.  There have been a number of activities over the last month which has kept both pupils and staff very busy.

Sports day took place for S1-3 pupils. It was a bit different to our usual day this year with activities such as Football, Netball/Basketball, Dodgeball, Softball and Dance all being included. Fantastic effort by all who competed and helped their teams!  We hope to be able to go back to our usual sports day athletics activities next year.

The annual trip to York took place again recently with up to 40 pupils taking part in what was once again a very successful trip. Amongst other things there was a bus tour, visits to York Minster, Flamingo Land, York Dungeon and a ghost walk. Plenty to keep everyone busy!

This year we had around 30 pupils achieve their Caritas award which involved pupils volunteered to serve their local communities particularly in local parishes. This was recognised in a ceremony in the Hydro in Glasgow with many of the Bishops in Scotland present and this year with Depute First Minister John Swinney as guest speaker. Congratulation to all our pupils! 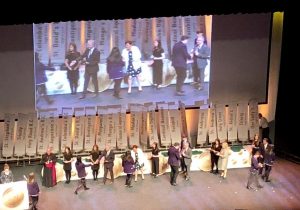 We have recently got a new chaplain in the school as Fr McPhail has moved on at the monument to take care of a Parish in Airdrie. We welcomed Fr Owen Ness to the school and were delighted that he had the opportunity to say Mass for all our S1/2/3 pupils so early after starting, to celebrate Ascension Thursday.

Both S1 and senior pupils have been involved in fundraising for St Andrew’s Hospice. S1 pupils took part in their annual walk up Tinto Hill while some of our senior pupils had a bit further to walk as they took on Ben Nevis. Well done to all the staff and pupils who took part and thanks to all of you who have supported them with sponsorship to raise money for a very worthy cause. 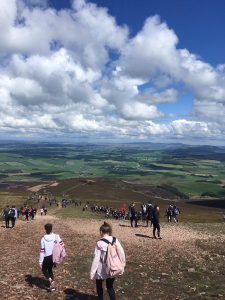 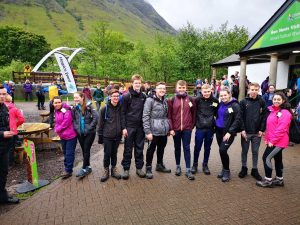 We are now in the process of getting a new sports pitch which will really enhance the outdoor facilities we have in the school. The decision was made for the pitch to be named after former pupil Billy McNeill who sadly passed away recently. We were delighted to get a bit of publicity with this when we were joined by Billy’s wife and daughter to mark the start of this project. The plan is for the pitch to be completed before the end of the year.  Many thanks to the parent Council who have been campaigning to get these facilities upgraded long before I arrived in the school. 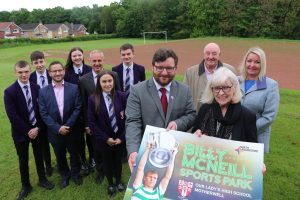 As we get to the end of the year we also get to the end of the transition programme for our P7 pupils who will be starting with is in August. It was lovely to welcome so many of the pupils along with their families to our Welcome Mass that took place before they joined us for two transition days where they followed their timetables that will be in place in August. They were very successful days wand we look forward to the pupils joining us in August.

Over 30 pupils and staff enjoyed a very emotional trip to the battlefields in Belgium and France recently. Part of their trip involved visiting graves and memorials of some of their own relatives. The pupils. They all took part in the ceremony at the men in gate and three of the pupils had the opportunity to lay the wreath for Our Lady’s HS as part of that ceremony. 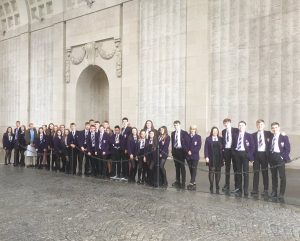 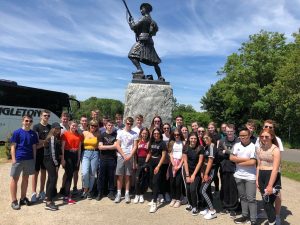 The S6 prom took place recently at Hamilton Race Course and it was a very successful event. The pupils had put a lot of preparation into this event both beforehand and on the day of the Prom. The high number of staff attending is a great testament to the year group. Well done everyone! 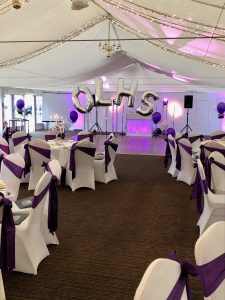 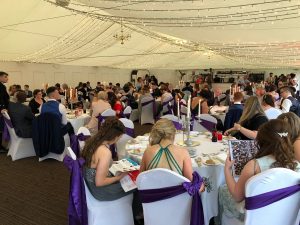 Last week we had 4 excellent performances of the school show ‘Back to the 80s’. The pupils were fantastic and the work and effort put into preparing for this from them as well as the staff has been second to none. It was yet another opportunity to showcase the wonderful talent we have in the school. 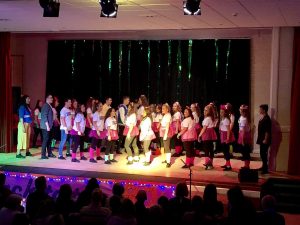 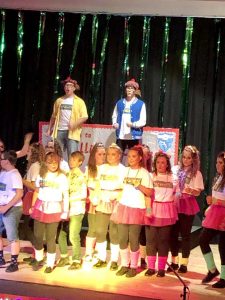 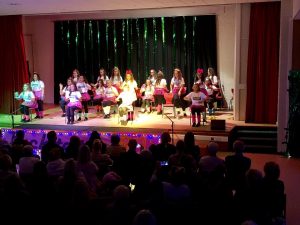 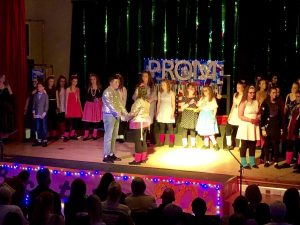 We enjoyed our final evening of the year with our Junior Awards Ceremony where we recognised many pupils in S1 – 3 for their outstanding work over the last year.  We were delighted to be joined my Mr Raymond Lunny (former pupil and Assistant Head Teacher in OLHS) and his wife Mary to present the awards to the pupils.  It was a great evening with a fantastic turnout from family and friends as well as staff.  Congratulations to all those pupils receiving awards!

We have a number of staff leaving us at the end of the month and some starting with us in August.
Mrs Elaine Miller (PT English) is retiring. Many thanks to Mrs Miller for 22  years in Our Lady’s.

Mr Joe Allan (PT Technical) is also retiring and we also thank him for 19 years service to the school.

Ms Shirras Moir (Geography) is returning to her hometown of St Andrew’s and so will be leaving us at the end of the month.

Mr Danny Hale (Maths) is moving to a post in St. Ninian’s HS in Kirkintilloch.

Mr Alan Shepherd (Chemistry/Science) finishes with after a year covering for Ms Walmsley in the Science department, moving to St Ambrose HS.

Mrs Nadia Mulrooney has been appointed as PT Technical (presently in Chryston HS).

Ms Nicole McCormack will join the English department as a probationer.

Mr Laurence Cavanagh will join the English to cover a vacancy.

Mr Hugh McNeill will join the Technical department to cover a vacancy.

The app has been updated now with most of the important dates for 2019/20. Please download the app where you can access these dates as well as other updates. 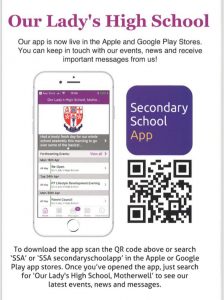 I would like to finish by thanking you all for your support of the school over the last year. Once again it has been a very successful and eventful year where, along with day to day teaching and learning, pupils are offered so many different opportunities to engage in other activities. For that I have to thank staff who are so keen to try and give the pupils the best experience they can here in Our Lady’s.

I wish you all a very happy summer with your families.