Congratulations go to the Go4SET team, Econix, supported by Mr Law, who won the North Lanarkshire competition recently with their eco-friendly Sports Centre. They now move on to the final in Edinburgh in June. Well done!  Our Go4SET teams have been getting mentored by Liberty Steel in Motherwell and we are very grateful for their support.

And another group of pupils were recently accompanied by Mrs Steinert to Dumfries House in Ayrshire to take part in the Textile Go4SET.  This group are lucky to be mentored by a very successful textile company, Scott and Ffye. 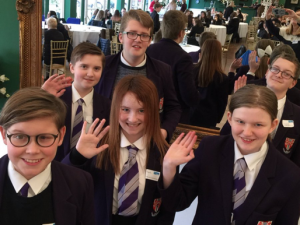 The Annual Education Mass took place in the Cathedral on Wednesday 31st January. This was a lovely celebration of Catholic Education led by Bishop Toal. There was a great turnout from Our Lady’s High School staff and pupils as well as from all the other schools across the diocese. 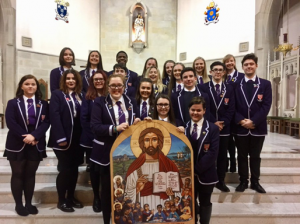 S4 Parents’ Evening took place recently and staff were delighted to meet parents to discuss next steps for pupils at this crucial time with SQA exams not far away now. 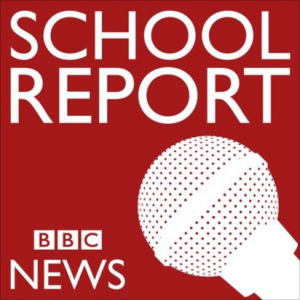 A group of pupils have come together to form the BBC School Reporters team and are working on a report about former pupils of Our Lady’s HS who have gone on to have successful or interesting jobs. If you would be interested in sharing your story, please get in touch with the school (Ms McFadyen in the school library).

Our Careers Advisor Ruth Fulton brought a group of her colleagues into the school recently to work with small groups of our S2 pupils as part of the S2 Skills Development Day. This was an opportunity for all pupils to get involved in a workshop engage in a discussion with a careers advisor.

We have a great transition programme here in Our Lady’s that helps to ease that transition for our young as they move from Primary to High School. Part of that programme involves a visit from our P6 pupils who followed a timetable in the school for the day. By all accounts, it was a great day that helped the pupils on that first step in their transition to Our Lady’s in 18 months.

Another part of that transition programme is an information session for parents of P7 pupils. There are 4 sessions organised and parents can opt into any one of these. The first one took place recently and involved a presentation and then a tour of the school by S6 pupils. The dates for the next sessions are Monday 26th February at 2pm, Tuesday 20th March at 7pm and Wednesday 28th March at 2pm. 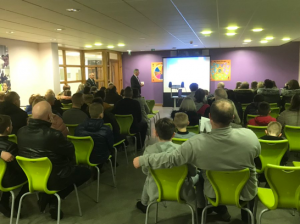 We had a sunny, if not cold day, for a whole school assembly on the Friday before the long weekend. This was an opportunity to go over some of the basics – eg. uniform, phones, behaviour at interval/lunchtime, on the buses and in the community.

At a recent meeting of Principal Teachers we had a presentation from Scottish Credit and Qualifications Framework (SCQF) and as such we are now part of the School Ambassador Programme. What we have commited to do is raise the awareness of the SCQF Framework with all staff, pupils and parents, increasing their understanding of what this is. 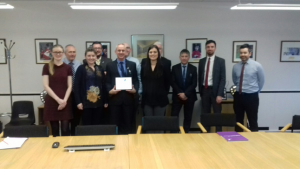