We recently marked Holocaust Memorial Day with S1 pupils. The afternoon involved a number of reflective activities. The pupils were very moved the stories they heard and entered fully into the activities. 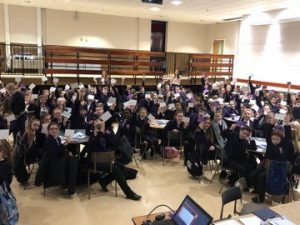 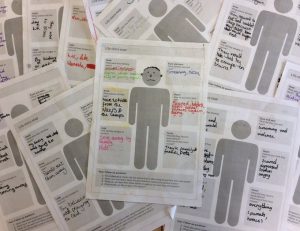 The science department recently set of to Disneyland Paris with a group of nearly 40 pupils and had a great time. Follow up activities to the trip in the school are also planned! 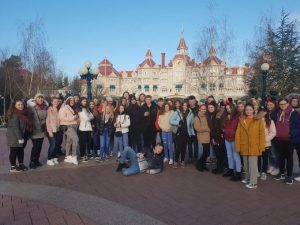 Thanks to all the parents of S4 pupils who managed along to the recent Parents’ Evening. This is an important time for the pupils as they move into the final stretch before SQA exams. The S5/6 pupils have now completed their prelim exams and they too are preparing themselves for the exams which begin very soon after the Easter holidays. The first exam takes place on Thursday 25th April and so pupils’ last day before study leave begins will be Wednesday 24th April.

The first of our P7 Information evenings took place recently where parents were given further information about the school followed by a tour. There are two more sessions planned for those who couldn’t make that particular date – details are below. We also had the pleasure of welcoming all the P6 pupils to the school for the first part of their transition programme. They spent the day in the school following a timetable and getting a real taste of what it is like to be in a secondary school.

In schools football, the U16s were narrowly defeated 2-1 by Braidhurst. U13s beat Chryston HS in a penalty shoot out after a hard fought 2-2 draw. Girls had a great performance recently in a tournament with a 2-0 win, 2-2 draw, 3-0 loss and 1-1 draw.  and an unfortunate loss for the U15s, beaten 6-1 by St Margaret’s. It is great to have so many teams taking part and thanks have to go to the members of staff who give up their time to take teams. 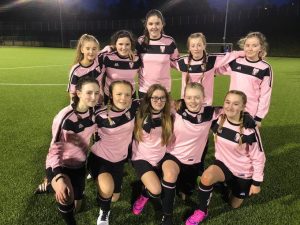 As S4/5/6 pupils get to this time of year some of them may be thinking about moving on from school. We now have a new Twitter account, Our Lady’s DYW (@OLHSDYW), which pupils and parents should follow. DYW stands for Developing the Young Workforce. This twitter account posts a range of opportunities that are available for pupils.

There is some work that is going to take place in the school soon. First of all, one set of pupil toilets in the school will be getting upgraded very soon. The other set have been done more recently are still in good condition. Also, plans are underway for the completion of a 3G pitch which is going to make a huge difference to the school. I have to thank the Parent Council who have been campaigning over the years for these developments to take place. We are delighted that they will now be happening and are very grateful to North Lanarkshire Council for these upgrades.