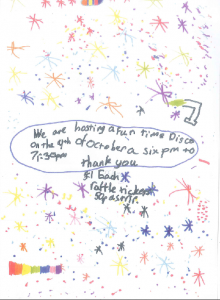 by the Fundraising Pupil Group

The P7s made a great job running the Summer Disco, well done. Thanks to the PFA who helped.

Here are some pics from last night’s disco, which we hope everyone enjoyed. The P7s did a great job; as did all parents who helped out and contributed to the fabulous spread of grub and a great raffle, thanks again. Declan hit the jackpot and won the star prize: a sleeping bag.

Brydekirk pupils had a super time at their Halloween party last night. There were lots of treats, dancing and games. The competition winners were: 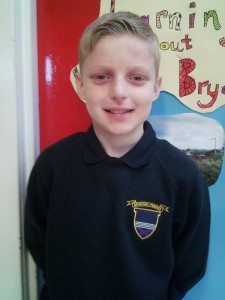 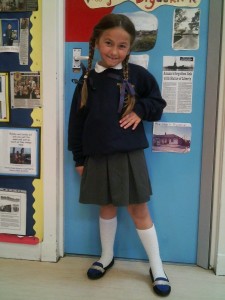 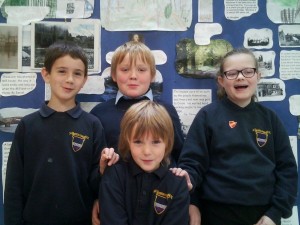 To celebrate Mr Archibald rediscovering the cameras, hurray, here are some pics from the leaving disco:

All had a fun time at our Halloween Disco last night with dancing and some games.

Well done to all who took part with some cracking costumes on display. The P7s deserve a mention for organising some of the night, well done.

The proceeds raised will go towards the P7 residential trip later this year.

We are having a  disco for all pupils and some invited P7s from other local schools, on the 1st of November at:

It’s £2 to get in which includes some grub (treacle donuts and bobbing for apples) and there will be food and drinks to buy. Dress code is fancy dress where we will have a competition for best costume.

Any donations of baking, treats or prizes most welcome.

On the last day of term, the P7s organised a disco. The whole school and P7s from other schools were invited and we had a great night. The disco was organised to raise funds for the P7s residential trip and in the end they nearly raised £175. On behalf of the P7s and all of those that attended, we’d like to thank everyone that donated to the tuck shop and raffle prizes, you were very generous. Also thanks to the members of the PFA who helped on the night – Mrs Clark and Mrs Alexander on the tuck shop, Mrs McBain on the door, Mrs Hunter on the raffle and Mrs Henderson on the raffle and making an excellent job of sorting out the money. Mrs Alexander also deserves another mention as she was very generous with donations to the tuck shop, thanks again.

Thanks also to Mrs Turnbull for helping run and support the night and well done to all of those who attended and had fun.

Hope everyone has a nice Easter break.

On the 30th of March 2012 Brydekirk Primary had a disco. It was to raise money so we could buy instruments. The disco was up in the hall. We did a huge plan on all the stuff we needed do, get or make like: organisation, communication, refreshments, equipment and information. We decided to have our disco at 7:30-9:30. After we planned the disco we got ready for it so we designed posters, flyers, decorations and entry fees. We moved the stuff up to the hall and then we got lights, stamps, music and food. Everyone was SUPER exited. We got letters so our parents could give us permission to go to the disco. The disco was very fun and the theme was school of rock. Lots of other schools came. There was a raffle and you won Easter eggs because it was the Easter holidays. you could buy food and drink. I was really tired afterwards.