What I have achieved 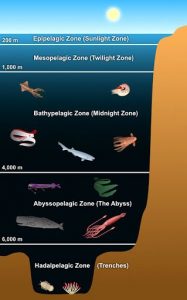 makes it nice and bright. The  sunlit zone is about 200m deep. The animals in the sunlit zone you might find are seals, sea turtles, sharks, sea lion.

The second zone is the Twilight zone The Twilight zone is a bit dark but not the darkest in the ocean. you can get sea animal like lobster, star fish, and angler fish , and you might find octopuses as well.

The third zone is the midnight zone were  there is a giant spider crab, Atlantic wolfish pair, fangtooth fish and six gill shark. There is no light in the midnight zone.  You might get different types of jellyfish which glow up in the water due to bioluminescence.

The next zone is abyssal zone were it is very dark and cold. You get types of fish in the abyssal zone like , spiny fish ,  dragon fish,  and dumbo octopus.

The last zone is the trench zone  and is the deepest part of the ocean and the darkest part of the ocean.   People say that it is the most scariest zone on earth but really it is not that scary. The animal you might see down there are  giant tubeworms and lots of different types of star fish and  eels.

Islay And Jura Dolphins is a swimming club were you learn how to swim and youse swimming techniques .  At the the deep end it is 2 meter deep and in the shallow end is 1 meter deep. At dolphins for a warm up we do 2 lengths of front crawl  2 lengths of breath strock 2 lengths or back crawl and 2 lengths of butterfly.

When there is about half an hour left we get out the pool and go the the deep end and practice are dives into the pool. After that when there is about 15 mints left we do races. Last week I did IM agents Ben, IM is were you do one length of every stroak. 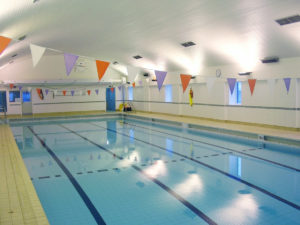