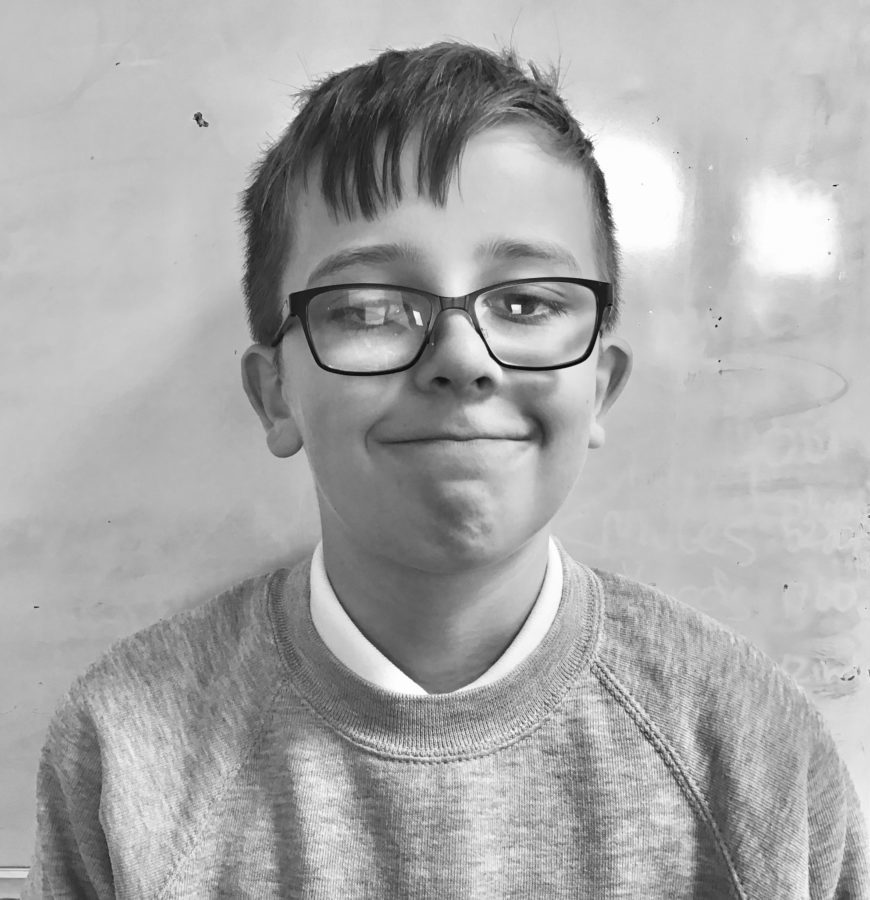 The Port Ellen Primary School Community was extremely saddened to learn of the sudden death of Drew Brown on the 13th September.  Drew was a much loved pupil at Port Ellen from Nursery until he left at the end of primary 7 in June this year.  He had only been at Islay high School for a few weeks when this tragic event happened.  Our thoughts and prayers go out to his family.

Drew joined us at Port Ellen Nursery in 2011 at the age of 3 .  He took a while to adjust but quickly grew into the school and everyone in the school soon realised we had a real character.  One of his earliest reports said – Drew responds to a firm voice when he is up to nonsense!!

Drew Brown was part of a class of 13. They just moved to Islay High. He was a good friend to his classmates, kind, sympathetic but he was also very good with younger children. His popularity earned him status of the School House Captain for Orsay – a job he took very seriously. He ran clubs from P5 and was an excellent leader.

It was clear from very early in his nursery days that Drew had a particular flair for number – he excelled, he was quick, could see problems very quickly and work them out at speed. This year (P7) he participated in the Scottish Maths Challenge and achieved a bronze award for his efforts. He was really proud of himself as it was not an easy task .

He also had very good digital skills and this was also identified at the age of 3. He could reset the computer or do something/ hack files and we still don’t know how he managed it!! In P7 he decided to do Robotics and coding for Endeavour and took great interest in subjects like this.

Drew always had a very good relationship with the staff and his mischievous sense of humour endeared them all although there were times they didn’t know what he was going to surprise them with next, he always seemed just that one step ahead. We have talked a lot about Drew over the last week about his antics and the nonsense he could get up to and not only has this brought a smile to all our faces, it has helped us to support and comfort one another at such a sad time. Drew’s personality struck a chord with everyone.

Who could forget the Pantomime in December- Drew was Bolt , the jester . He had the audience in the palm of his hands and there wasn’t a dry eye in the house – tears of laughter. His timing was impeccable and he spoke so clearly . He brought the house down. Some people came back the next night for seconds just like Drew did at lunch time

He loved good food, when he went to high school Mrs Holyoake just couldn’t find anyone who was so keen on seconds and who would sit and blether to her for virtually the whole of the lunch hour – often with his dinner hall partner in crime, Dearbhla . Although Dearbhla would be still eating her normal quota while Drew was often on his second lot of seconds!!

He enjoyed a laugh and often you could hear his laughter and see his excitement. He attended the leaver’s assembly in June – with some anxiety, however as always Drew quickly settled and enjoyed the videos. Drew’s was a very encouraging message telling everyone to go for it , never give up summing up his can do attitude to life . He wanted to be the same as everyone – that was his goal and at the end of P7 he achieved this, he was completely independent.

The tradition in Port Ellen is to write messages on everyone’s school jumper. Drew and I shared many conversations about Rangers – both fans so it really appealed to his sense of humour when I wrote on his good friend Scott Hope’s jumper ( Celtic fan) – Scott you’re Simply the Best!! That was right up Drew’s street.

On Thursday we started our remembrance / quiet area for Drew and planted an apple tree. Every day staff and children walk past the tree, they will remember Drew . Some days it will fill us with grief as we have had to say goodbye to a dear and good boy but it will also fill us with happiness when we remember the memories he has left behind. Ones that will always put a smile on our faces.

Remembering someone like that can’t be engineered, Drew’s personality, his uniqueness and resilience has left a legacy and he has touched all of our hearts.

Along with the other primary 7s, Drew left Port Ellen primary school during the Coronavirus lockdown.  We still managed to hold a leavers assembly though, and celebrate their move to High School.  Below is the Drew’s video for the leavers 2020.

Drew was a wonderful student, a shining light who will continue to bring a smile to our faces when we think of him, and he will be greatly missed.