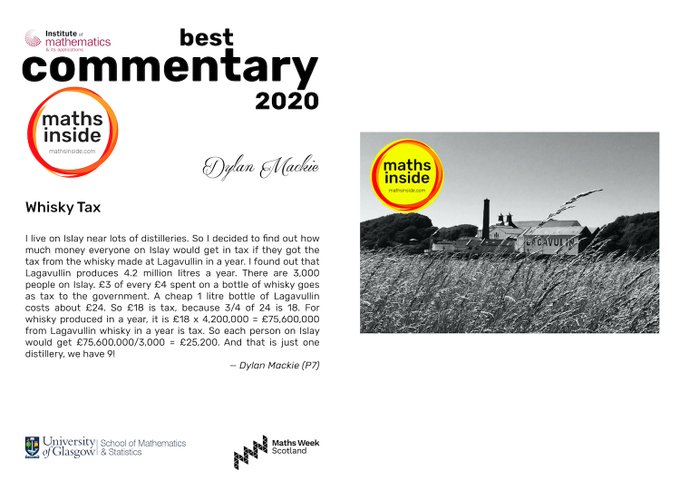 Maths Inside is a competition that our school entered. We entered the competition and some people in the class won a prize.  There were three categories, Oot An’ Aboot, In The Home and Complete The Pattern.  The

Dylan McDonald’s entry was what the length was between his hair and Katies. Teddy Denby’s entry was how high he could jump. Elena Miteva

In the school P2/3/4 read a book called The Perfect Square and P5/6/7 did lots of things like: The Scottish maths Challenge, The Maths Inside Challenge and some other maths games.