Primary three have had a busy week of learning.

Our IDL (Inter Disciplinary Learning) about space fed through our learning this week. The class learned about why the Earth, Moon and Sun are important to us and how they work. This led us nicely into our Maths and Science work, looking at the seasons and the months of the year. The class also continued to practise their time work. We created planets using mixed media and are going to assemble a model next week.

In Art, we created pointillism poppies which are now beautifully displayed on our wall. 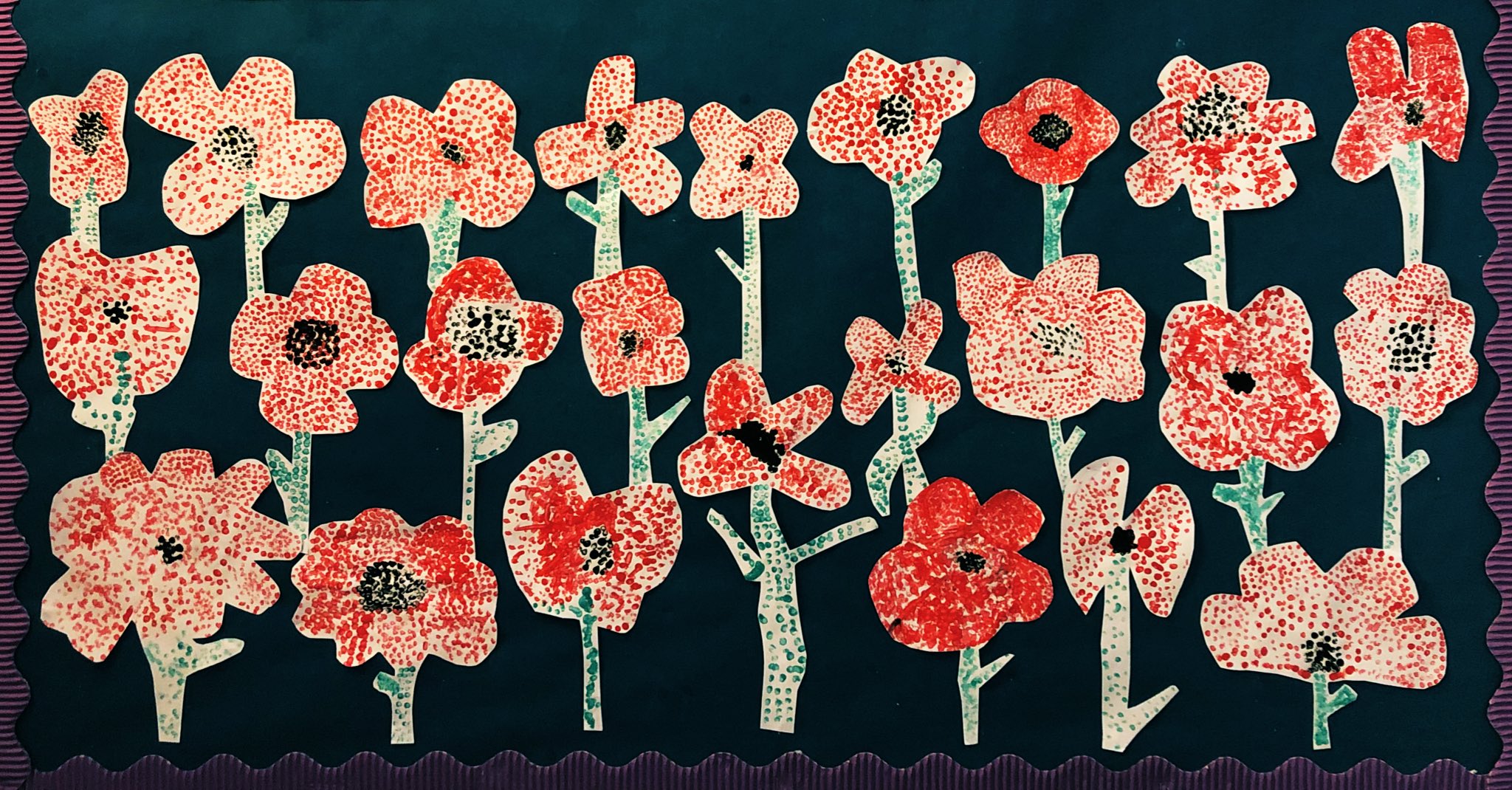 The class were very respectful during the minutes silence and their understanding of Rememberence Day.

I – I really enjoyed making the pointilism poppies.

C – I loved making the planets in art.

L – I really enjoyed our French this week.

This week in P2 the phonics focus has been: u-e, i-e and o-e. Our common words were: go, he and baby. We have started learning the songs to our Nativity, we are enjoying being able to sing in class again.  P2 learned how to stay safe during bonfire night and completed the SSPCA #FireworkSafety quiz! Please see below for the children’s learning reflection comments. Remember to, Be Safe. Be Kind. Be Smart. This 5th November!

Josh – I enjoyed talking ‘all about me’. I spoke clearly and I kind of looked at my audience. I used card to help me remember.

Willow – I like the star song we are learning. We are going to do a Nativity!

Oliver – I like building stuff. I am building towers!

Louis – We learned the u-e sound, brute has the u-e sound. We were singing, there is a great big star in the star tonight!

Kyra – We learned the split digraph u-e. The magic ‘e’ turns the ‘u’ into an oo sound!

Caleb – I did a class talk. I looked at my audience sometimes and I spoke clearly!

Jack – We are learning about materials. The paper towel and the cloth were absorbent. They sook up the water.  The plastic sheet was not absorbent.

Ella – We learned the split digraph i-e. Nice has the i-e sound!

Alexander – We were doing number talks. We did doubles and near doubles. I said five plus five equals ten. So I said it was a double!

Grace – I enjoyed the ‘All About Me’ talk. I enjoyed telling everyone the interesting fact about my hip!

Elyas – I liked making ten using number sentences in number talks. We were doing 4+6+4. You can make ten with six plus four, and then add the four to the ten to make fourteen!

Lily – I like doing the Nativity. We are learning songs. I like the great big star song!

Sebastian – I liked singing. It was really fun because I like singing because it is cool. I like the star song!

Nathan – I like playing with the big bricks. I am building a big tower!

Arianna – I liked reading. I like ‘Sam Sat’ because his mum tells him to sit so he does not fall. Sam falls off his skateboard then he gets a bandage on his head!

Please find below the link to Primary 1’s Window into Learning for this term:

This week P2 have been busy making bonds to 10 using the whole-part model and bar model. In literacy, the children have been learning the spelling pattern for oi and a-e words, along with the common words make, what and wash. The children all agree that their highlight of the week was dressing up for a spooky morning of fun! 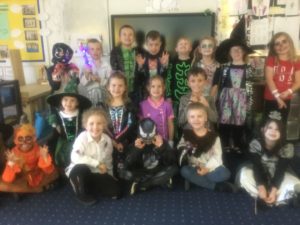 Good afternoon. P1 have been very busy this week. In Literacy we have learned the sounds ‘l’ and ‘h’ and the red word so. We made lambs, played roll and read, practised our letter formation with playdough and sorted objects beginning with these sounds.

In Maths this week we have been learning about 2D shapes and 3D objects. We have explored the properties of these shapes and why they are 2D or 3D. We sorted 3D objects into different categories such as will stack or will roll, played I spy the 3D object, created 2D shape pictures and played Shape Monsters on the computers.

P1 thoroughly enjoyed our Halloween fun day on Friday. We made 2D witches, did a skeleton dance, tried to pin a spider on a web and lots more. Here are a few of the children’s highlights:

“I enjoyed painting a house.”

“It was fun dressing up as Cinderella.”

“I enjoyed dressing up as a witch.”

“I liked playing with the cars on the floor.”

“I enjoyed dressing up and playing Scratch with our buddies.”

“My highlight was seeing our buddies and playing a game with them yesterday.”

“I had so much fun on Halloween day like drawing the witch and colouring it and dancing.”

“I liked cutting out the shapes on Halloween.”

“I enjoyed making a birthday card and the monster dancing.”

“I liked seeing all the costumes.”

“I Enjoyed the Lego and making rockets.”