At Port Ellen Primary School, we have houses sort of like a clan. Our clans are Orsay, Texa and Nave.

Every year we normally vote for one captain and two vice captains, after we have voted, the chosen people would run that house and make it better.

We decided to change the system this year so that everyone could have a shot of leadership, most of us wanted the change but some of us were not on board with the change so we had a vote. The majority of the school voted for change so we changed our system and now we alternate. 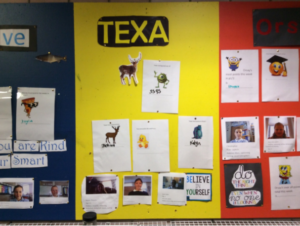