This year we received an Education Scotland CLPL grant to train staff in digital skills; for part of the project we have been learning computer science and technology to do with robotics.  A grant from the DigitalXtra fund has also  allowed us to purchase robotics equipment from early years up for the cluster, and has enabled the children to learn computer science outcomes in a meaningful way though programming their own robots.  This has been a really engaging way for pupils and teachers to engage with what can be quite tricky computer science concepts.

In Early years we used coda-pillars, Dash and Dot, Rugged Robot, Beebot and Spheros to show our understanding of computational thinking by coding the robots to follow an algorithm.

We learned all our computational thinking concepts using Barefoot Computing online, a fabulous and flexible resource. 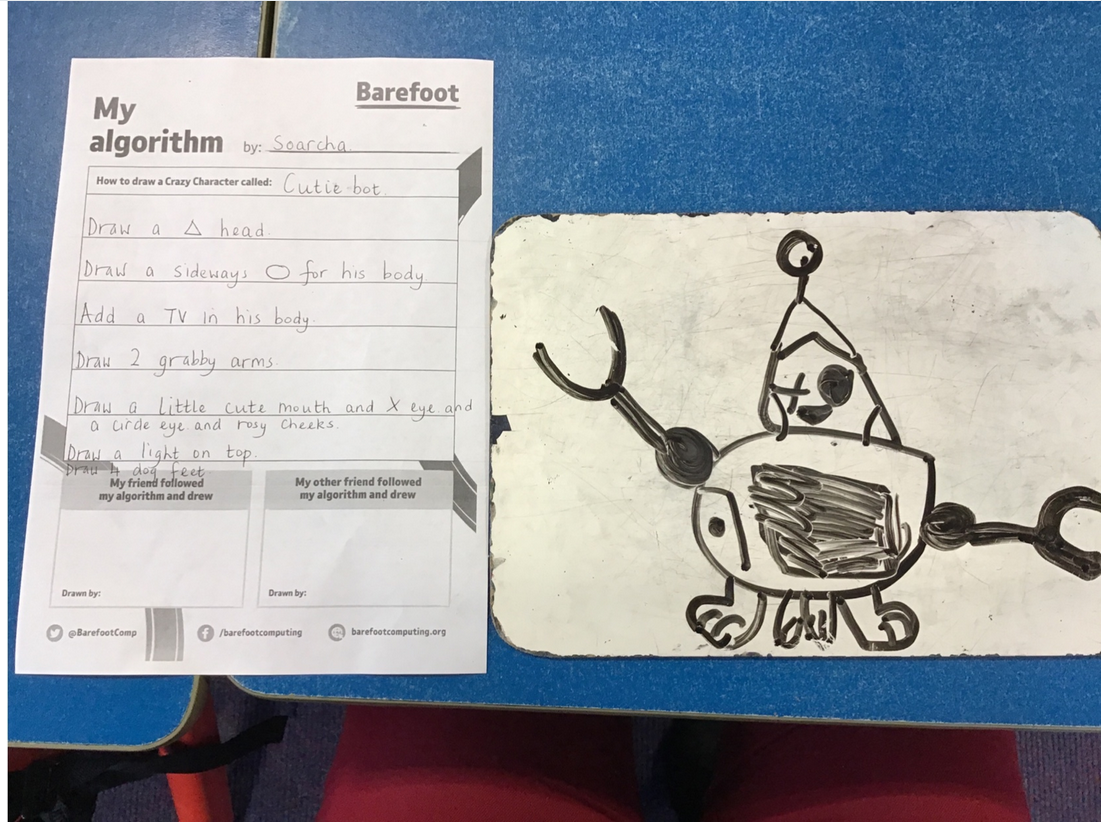 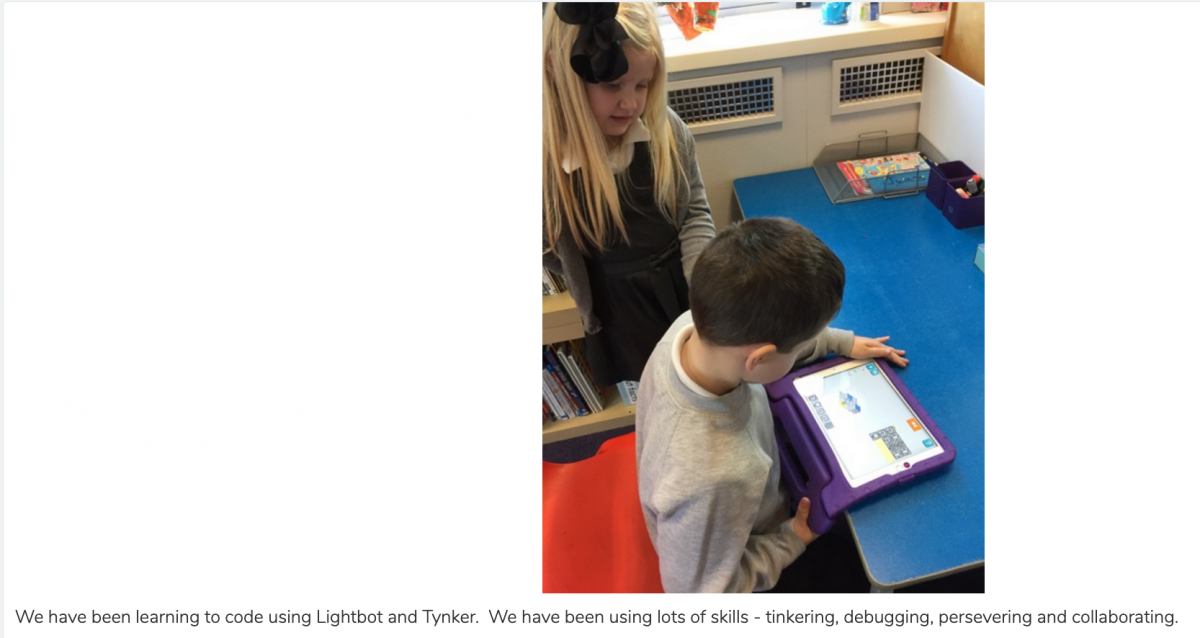 We found there were lots of online resources that worked well even down to Early years and we made good use of them- lots of tinkering going on!

We made maps for the robots to move around and made them flash and play music as well as they followed the algorithms.

We then came up with our own designs for robots using engineering design principles and built them out of junk. 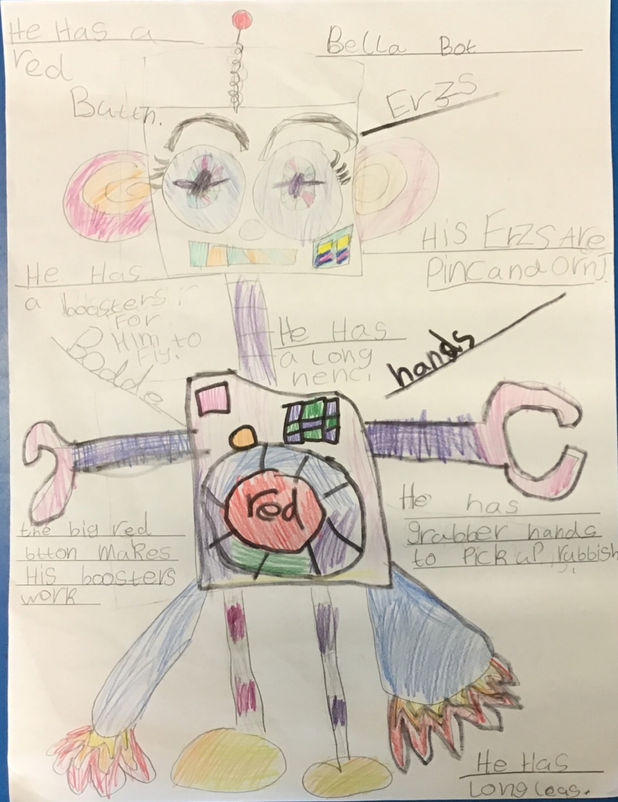 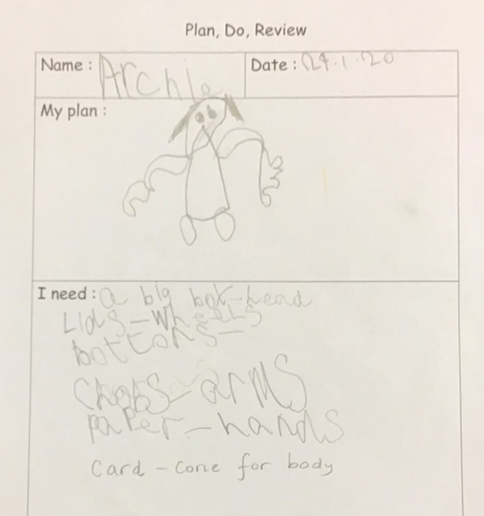 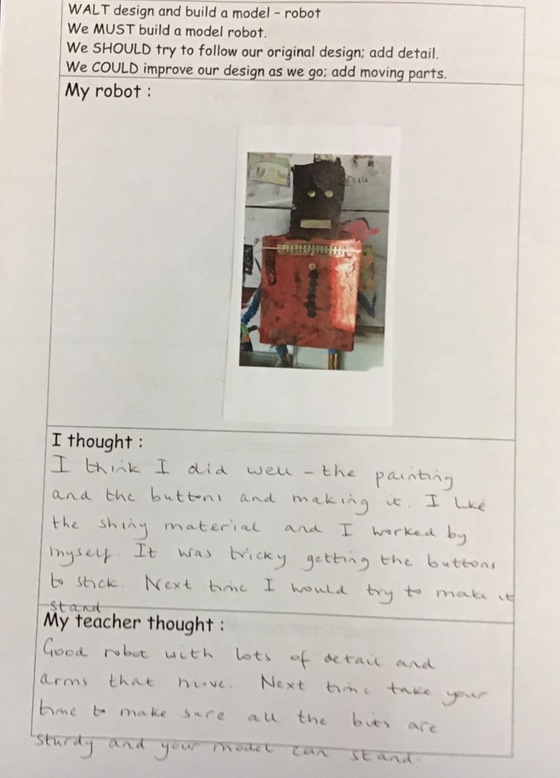 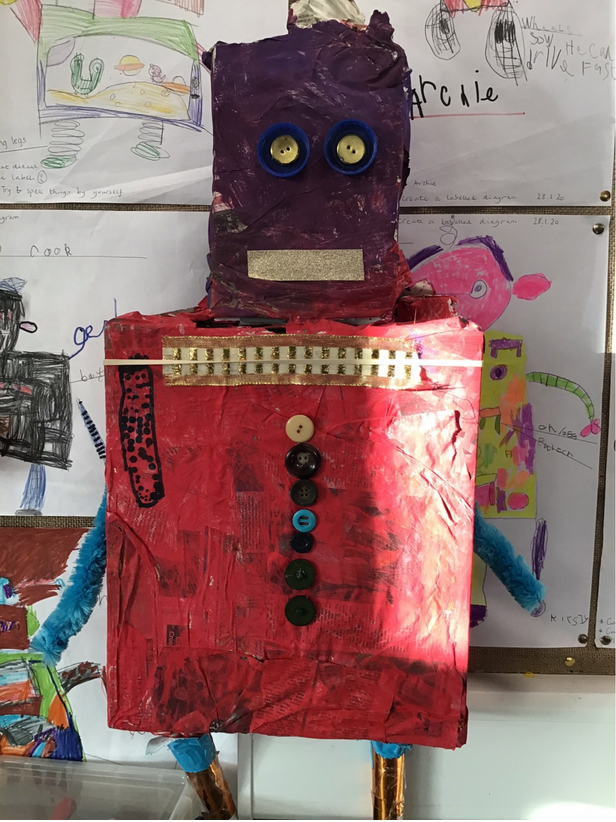 We think the robots looked fantastic!

Primary 3/4/5 have also been learning about robots and designing their own.  They learned about computational thinking and applied their skills making jam sandwiches and in Scratch.  They experimented with different robots like Spheros and Dash and dot.  With help from P67 they learned how to program Microbits to record temperatures and used this as a data handling high quality maths assessment.

First they designed their robots using engineering and iteration.

They then chose to program their microbits as part of their final robot design.  The builds were very imaginative.

With more experience of coding through Scratch and hour of code, P67 were able to take on more challenge.  They learned to use blocks rather than tracks to code the Spheros and were able to use them in maths to learn about angles in polygons by programming them to draw shapes using conditionals and loops, also programming games.  They then learned how to program Microbits. 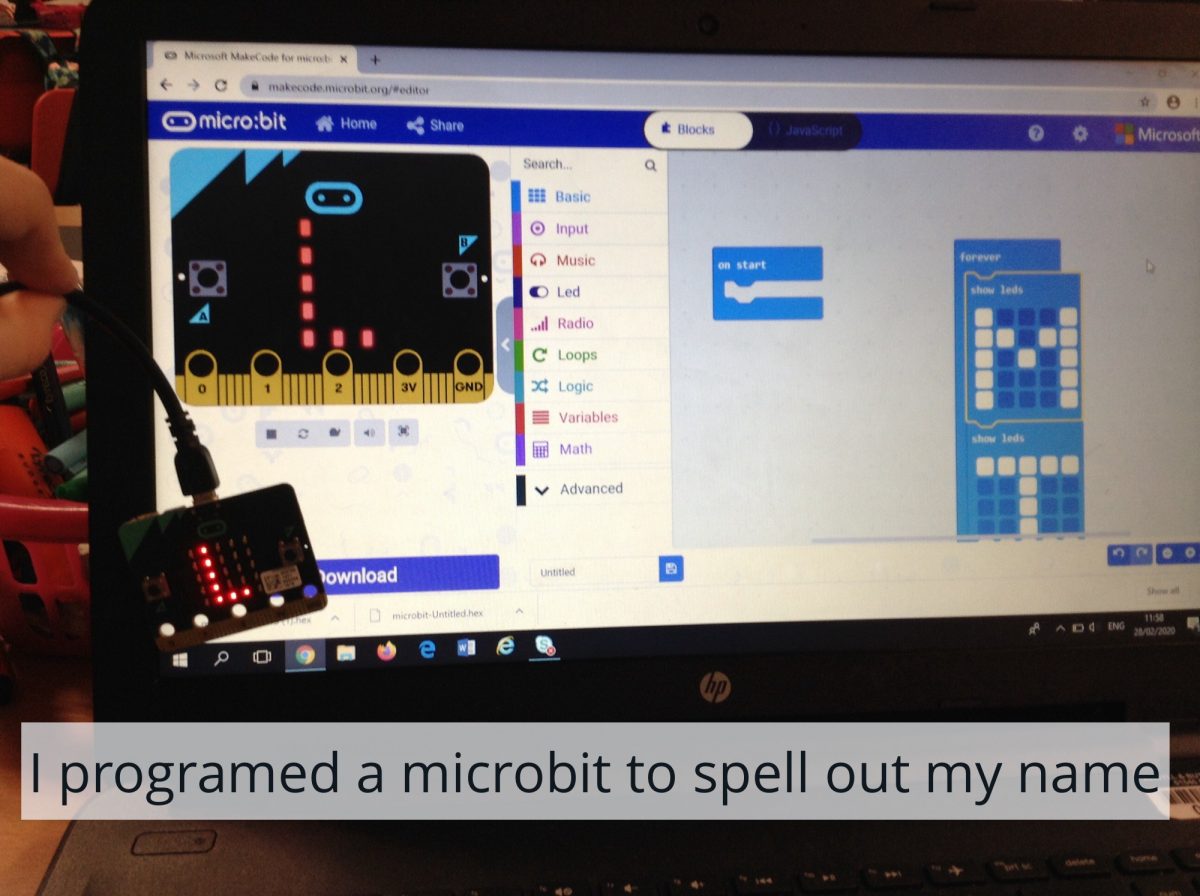 Their final challenge was to look at Robotics holistically and design a robot to solve one of the world’s/Islay’s problems by using the sustainable development goals as a framework.  I adapted a Sway I found to structure their learning and used the great new tools on the new Microbit website which include programming based around the SDGs.

The children then used a design sheet to plan their robots. 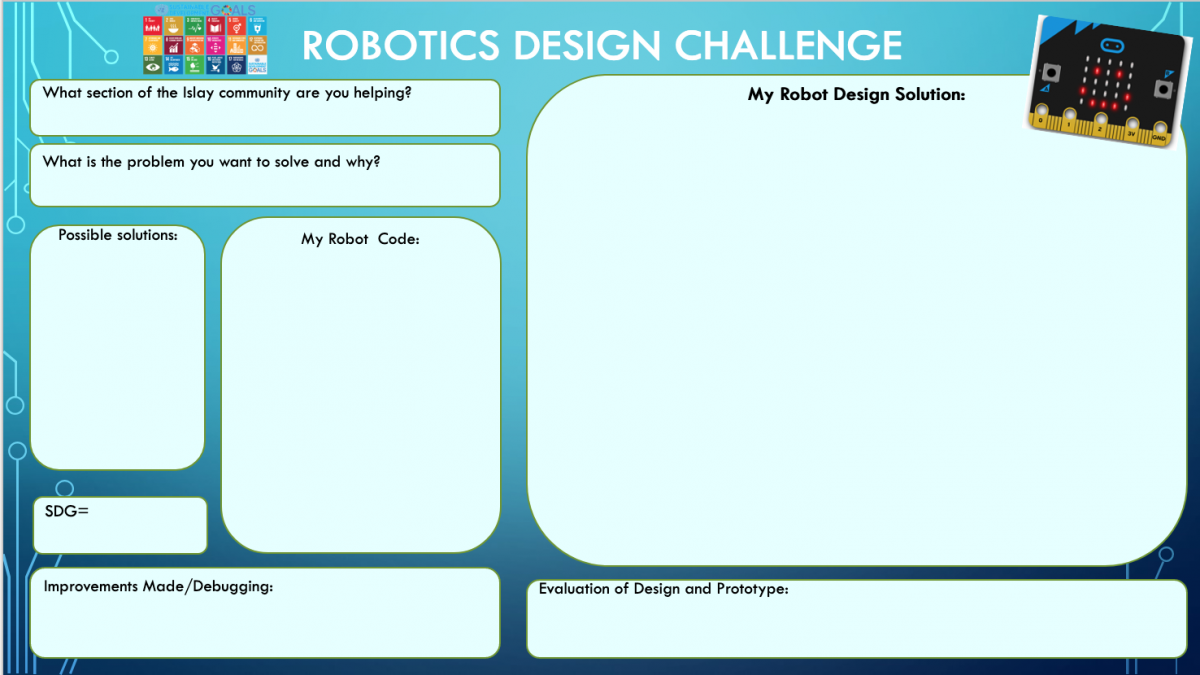 For the elderly of Islay we had robots that were pedometers designed to help them keep fit and robots that made an alarm if the temperature got too cold to warn you it was icy out.  For children we had a robot that timed you washing your hands to prevent Coronavirus by playing Happy Birthday and one that timed you brushing your teeth.  For Farmers a child programmed a microbit to light up when dark, that could be fixed onto black Cows so they were easy to spot if on the road at night (cows are often free range on Islay!).  Another light sensitive device was to warn dolphins of underwater turbines at night.

The schools designs were then all shared with parents at an open afternoon in Science week, where children had to explain, demonstrate and discuss their new found digital skills.  It was clear lots of new digital skills were learned by everyone.