Schools from all over Islay and Jura went to Stirling, Scotland from Tuesday 24th of September to Friday the 27th of September. The trip was for socializing so that when students go up to high school they know other people. A lot of people who went on the trips favourite 3 activities were bowling, Stirling castle and the Dundee science centre.

On our last night at Stirling when group 2 was playing bowling Robyn Logan came 1st with 113 points, Orla Campbell came 2nd 106 points and Morgan McFarlane came 3rd with 104 points. On our 2nd day when the schools got put into groups they headed off to Stirling castle some groups found out some untold secrets about the room he slept in to the room he prayed in. Only half of 1 group out of 6 groups got shown the secret rooms. A lot of the students found the castle one of the most interesting. They also really loved teh magnificent Kelpies.  Then sadly on our last full day all students and teachers took a bus trip to Dundee and went the Dundee science centre to learn about chemistry and other little games around the ground floor. There were games like memory games, illusions, face changing games and more. There was also a medieval time workshop that had a few fun and experimental activities. Later they did chemistry such as explosions, bangs, fires and a few others things which were mind blowing.

“Blair Drummond safari park because of the exotic animals. “

Also Morgan McFarlane had an opinion or 2 on her favourite activity such as;

“The science centre was brilliant because there was a lot of fire, and I like fire! “

And finally we have Orla Campbell who had some strong points about her experience but she said;

“Probably the science centre was my favourite because there was so much to do and the chemistry workshop we done was outstanding! “

That’s all the opinions we have to let you know about just now, but my conclusion on the trip is that it is worth going on and I would recommend it if you get the opportunity. 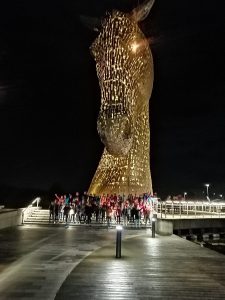