On the twenty ninth of March Port Ellen Primary School Primary 4/5  performed a assembly for World War One. Katyn was paper 3, 6 and 9 and Harmoni was narrator five .The main character was Archie (who was Scott) the play was called Archies War. 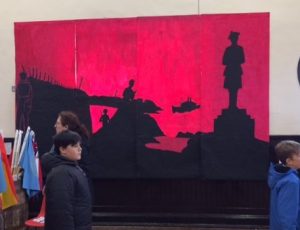