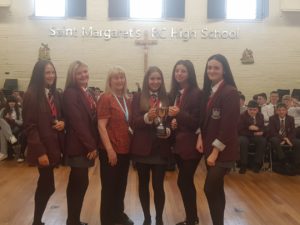 This afternoon or S3/4 netball team were presented with their medals and trophy from winning the North Lanarkshire League.  Previously the girls reached the semi-finals in the Scottish cup this year. 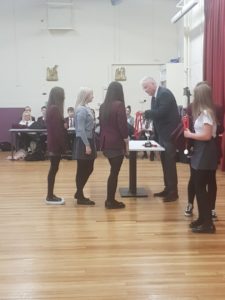