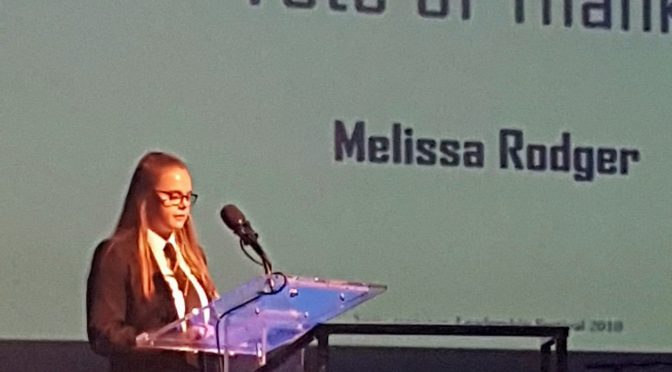 The awards keep coming for Braidhurst high S4 pupil Melissa Rodger, who recently received the Pupils Leading Learning award at the North Lanarkshire Excellence and Equity Awards ceremony, held in the Civic Theatre. Melissa was also given the honour of the vote of thanks to close the event.

In front of many stakeholders in education she thanked all who attended from the host Heather Reid OBE, Isabelle Boyd CBE to Sir John Jones who gave an inspirational setting the scene seminar.

It has been a busy year for this Braidhurst High School student as she has had to, balance the success of receiving several awards, including the Princess Diana Award which is given to young citizens who have had a positive impact in the lives of young people, to her work in meeting the Scottish Governments desire to encourage the uptake of Science, Engineering, Technology, Mathematics (STEM), and keeping up with her school work for the SQA exams.

Well done to this very hard working and committed student. 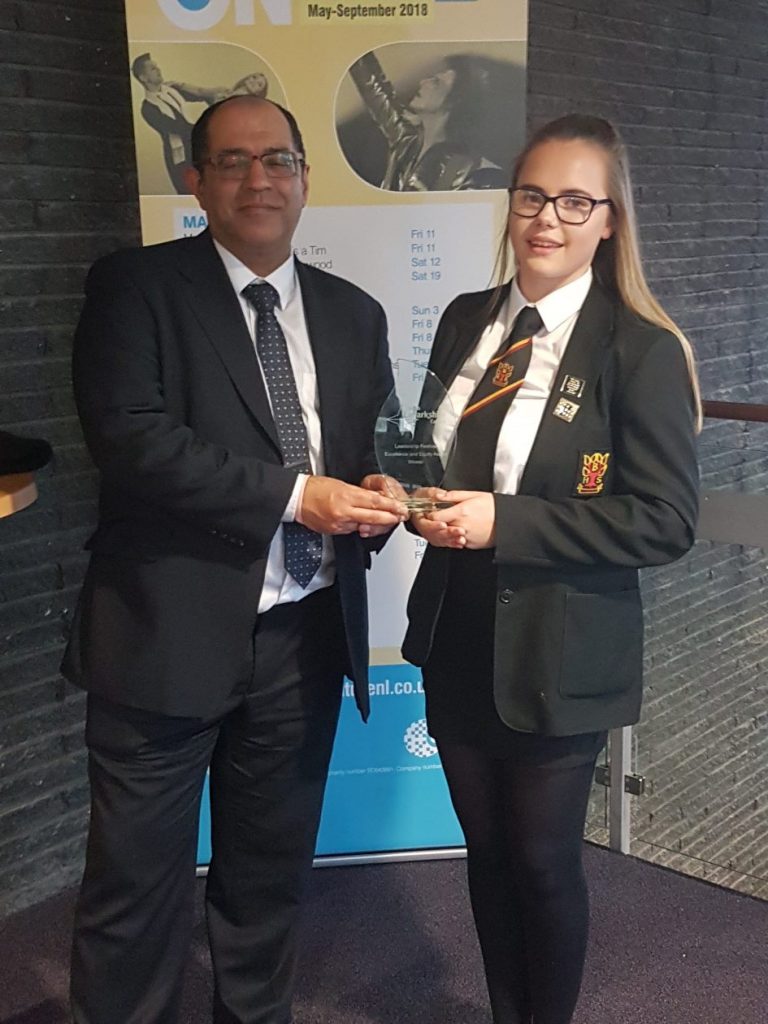 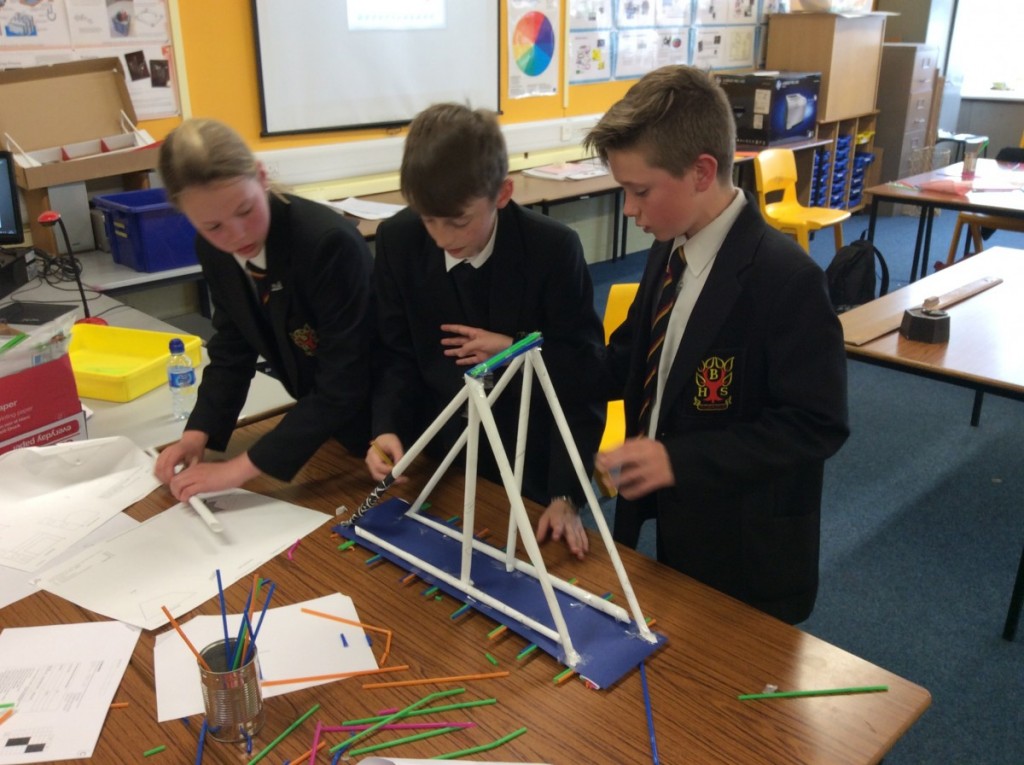 All pupils from S1 recently took part in the Outdoor Classroom – a three day, school wide IDL project. Part of this time was spent in the technical department where the pupils had to use problem solving strategies while working as part of a team to build a free standing ‘Tower’ from plastic straws and a then a paper ‘Bridge’, which was tested to destruction.

Many of the pupils demonstrated creativity, team work and leadership and communication skills with Skye, Josh, Leia and Adam from 1AL3 coming out on top with a score of 95 points – well done!

See the pictures from the event below. 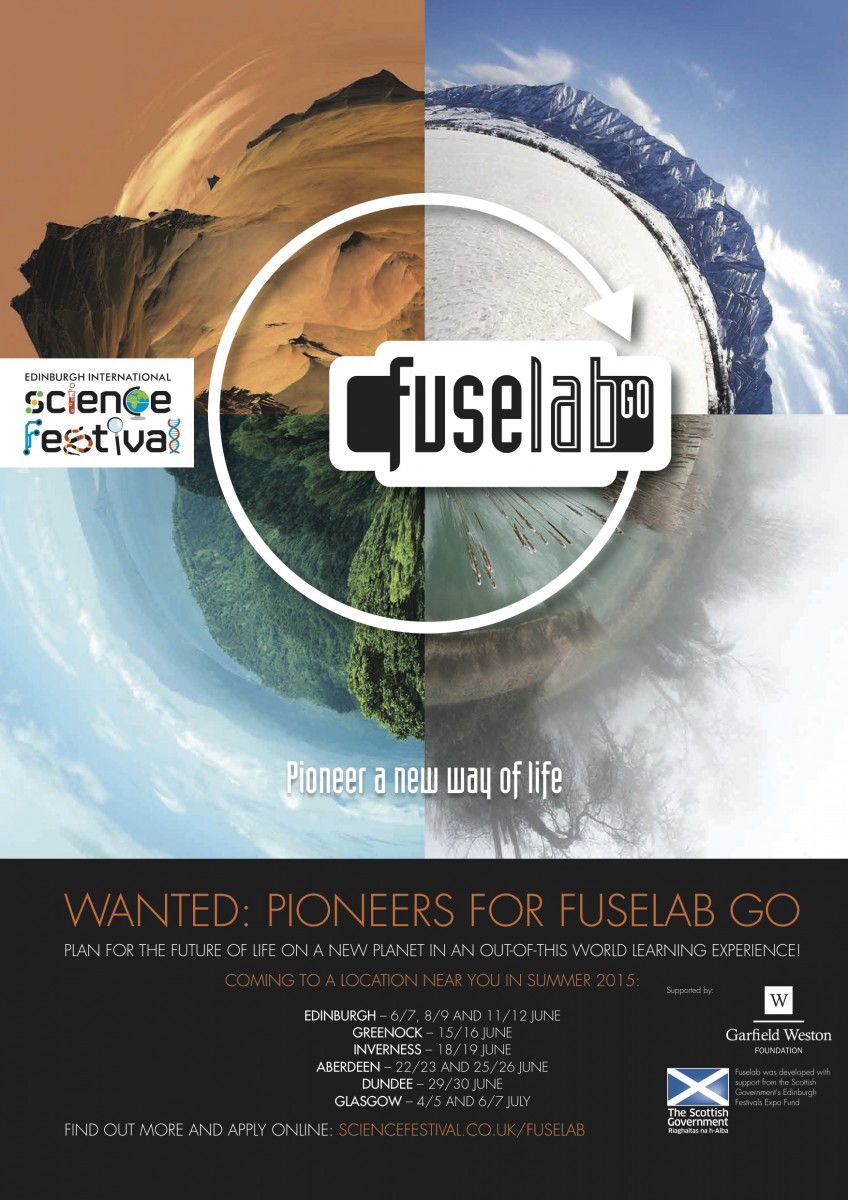 Please see Mrs Clarke ASAP if you are interested 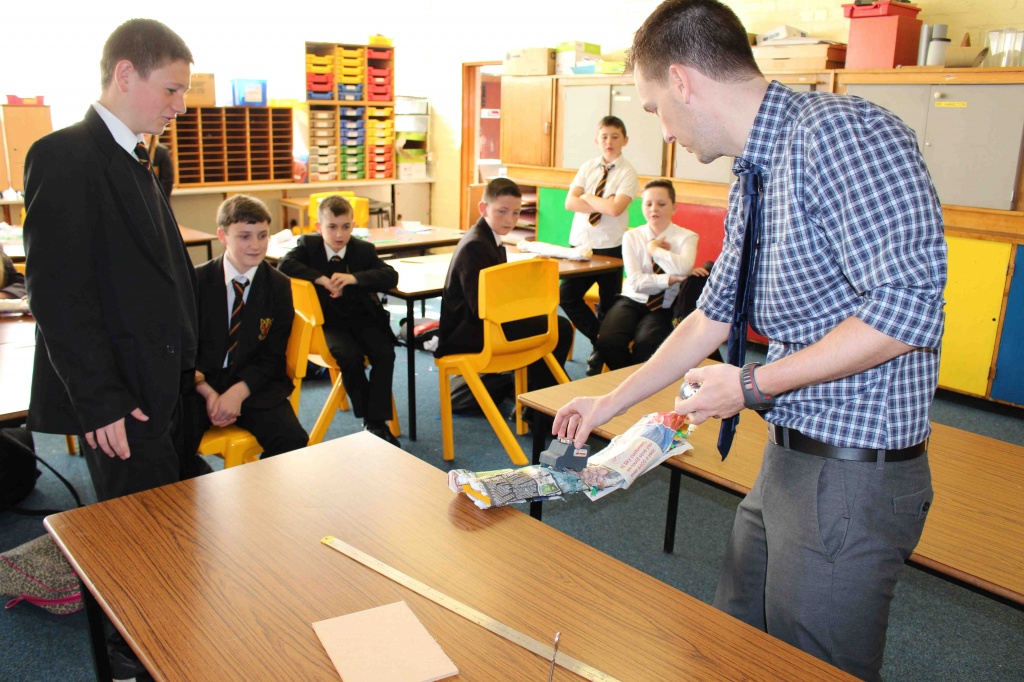 First year pupils enjoyed an active and thought-provoking two days with the Outdoor Classroom Project. The school’s technical and Physical Education departments created a series of challenges from bridge-building to orienteering to test and improve the problem-solving and decision-making skills of pupils. Groups showed excellent team work and determination to complete all of the tasks to the best of their abilities. The pupils will now aim to transfer the skills learned in all areas of the project as they progress into second year. 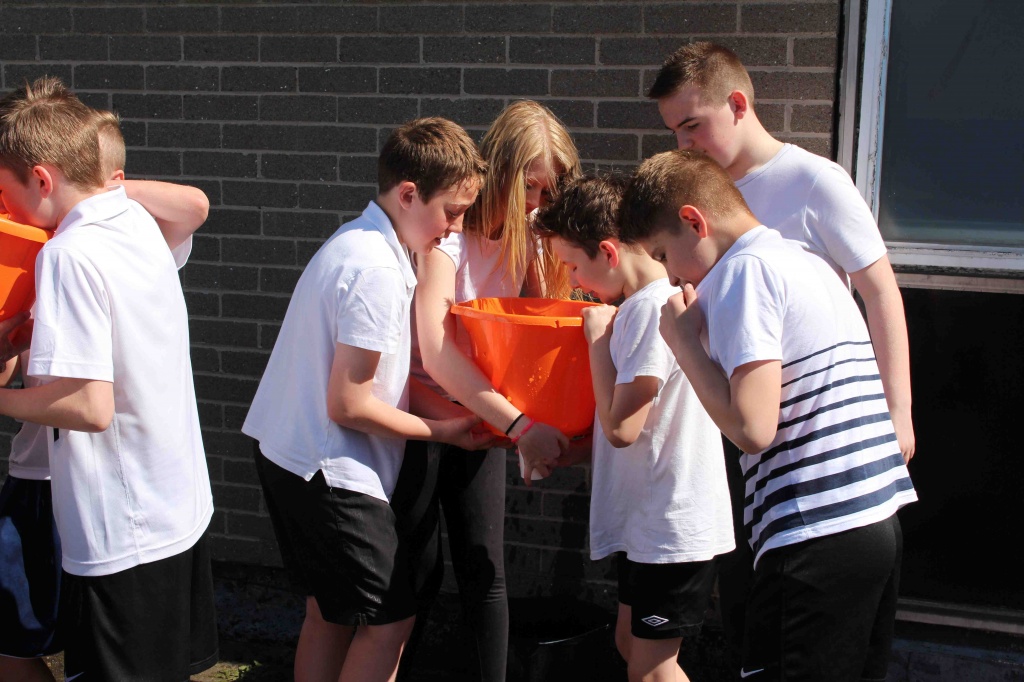