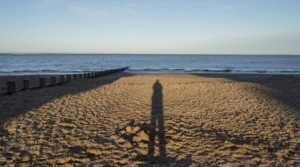 For the past two weeks, Scran has hosted three young students from the Istituto Pavoniano Artigianelli per le Arte Grafiche in Trento, Italy, as part of a course organised by our colleagues at the University of Edinburgh. As first-time visitors to Scotland, they were given an assignment to photograph Edinburgh and Glasgow from their own, personal point of view. While they naturally gravitated to some of the better-known landmarks of the cities, such as Edinburgh Castle and Arthur’s Seat, they also found time to visit Portobello, the Botanic Gardens and anonymous streets in the capital, and they were particularly drawn to our squirrels, which they said are rarely seen in Italian cities! The photographs that they compiled show their individual viewpoints, and they each captured some striking and unusual images. You can see the best of their various images of Scotland at http://www.scran.ac.uk/database/results.php?id_proj=1128