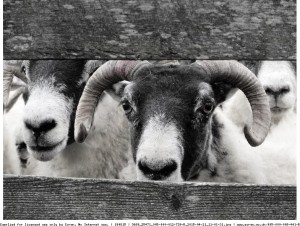 Our photography competition attracted a lot of entries, and the judges deliberated long and hard over the outcome. The theme was What Scotland Means to Me, and we received a variety of interpretations, from images of Munros and monuments to the odd bottle of Irn Bru.

The overall winner, was Rona Stewart’s picture of three rams looking through a fence. The judges said “Rona’s photo is a fantastic composition. It’s sharp, beautifully-framed and captures her Highland heritage.” 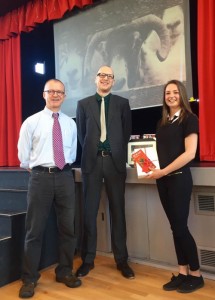 Rona won an iPad for herself and 10 iPads for Kingussie High School, where she is currently studying. She was presented with her prize at an assembly on a sunny morning in Kingussie. She is pictured here with Head of Art & Design, David Douglas, and Andrew James of Scran.

We also travelled to Dunbarney Primary School near Perth to present Angus Johnston with his prize. Judges commented on his picture, of two boys jumping into Portsoy harbour, 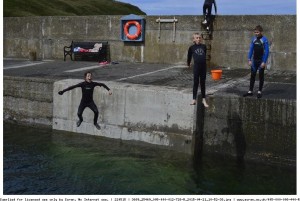 “…it captures a picture of enjoyment and also it is filled with light just waiting for a photographer to come along and capture the inspiring photo.” Angus is pictured receiving  his prize from Jackie Sangster. 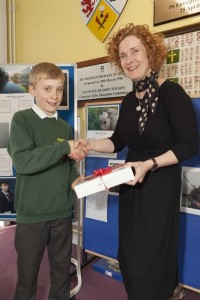 Isobel Mair School for children with additional support needs was the winner in its category. The winning image, of a path leading through a Scottish forest, was selected by the judges for its sense of “calmness” and a feeling that “you could really be there in the photograph.” The picture was a joint effort, taken by pupils from the school’s Tiree class, and the class was presented with their prizes by Neil Fraser. 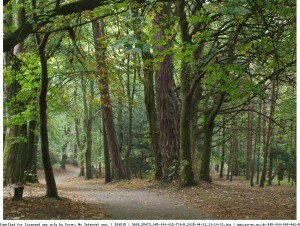 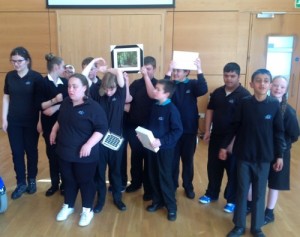