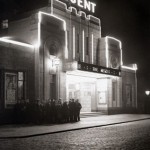 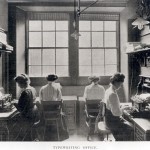 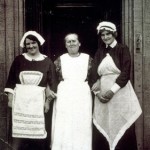 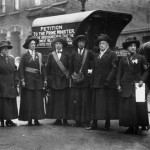 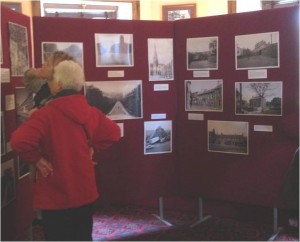 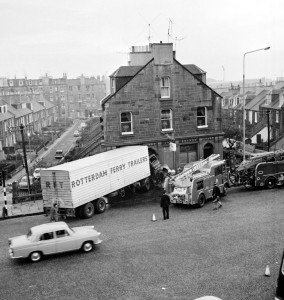 The Open Door, is a vibrant social centre in the capital’s Morningside. It runs a successful cafe and offers day services and art and creative writing groups for older people, people with mental health issues and other vulnerable people. The Good Neighbours Club meets here every Tuesday. 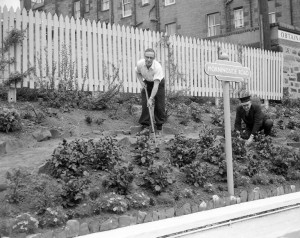 Scran was invited to join the group to present a slideshow showcasing local content from the Scran website. Eighteenth-century maps and early photographs from our RCAHMS collections took us back to a time when Morningside was simply described as ‘a row of thatched cottages, a line of trees and a blacksmith’s forge’. Photographs from our Scotsman collections led us through 20th-century Morningside where we encountered steam trains and trams and the sad demise of Morningside Road Station. Shops on Morningside Road, schools, cinemas and public houses all featured. The session stirred some interesting chat about school days, wartime evacuation and local dance halls.

It was exciting to discover that The Open Door’s premises are situated adjacent to the former site of the railway station and exiting the building via a side door brought us bang up to date as we were privy to views of the deserted old station platform and the former ticket office, now the home of a chartered accountants and a newsagents.

Scran is a rich source of material for reminiscence practice. Our 20th century social history collections include The Scotsman Publications Ltd, Hulton Getty and the Scottish Life Archive. There’s also audio and video material available. Reminiscence Kits on Scran offer curated collections of images on themes such as Tenement Life, Stars of the Movies and Man on the Moon.

For more images of Morningside through history have a look at our Pathfinder: Looking Back at Morningside, Edinburgh.