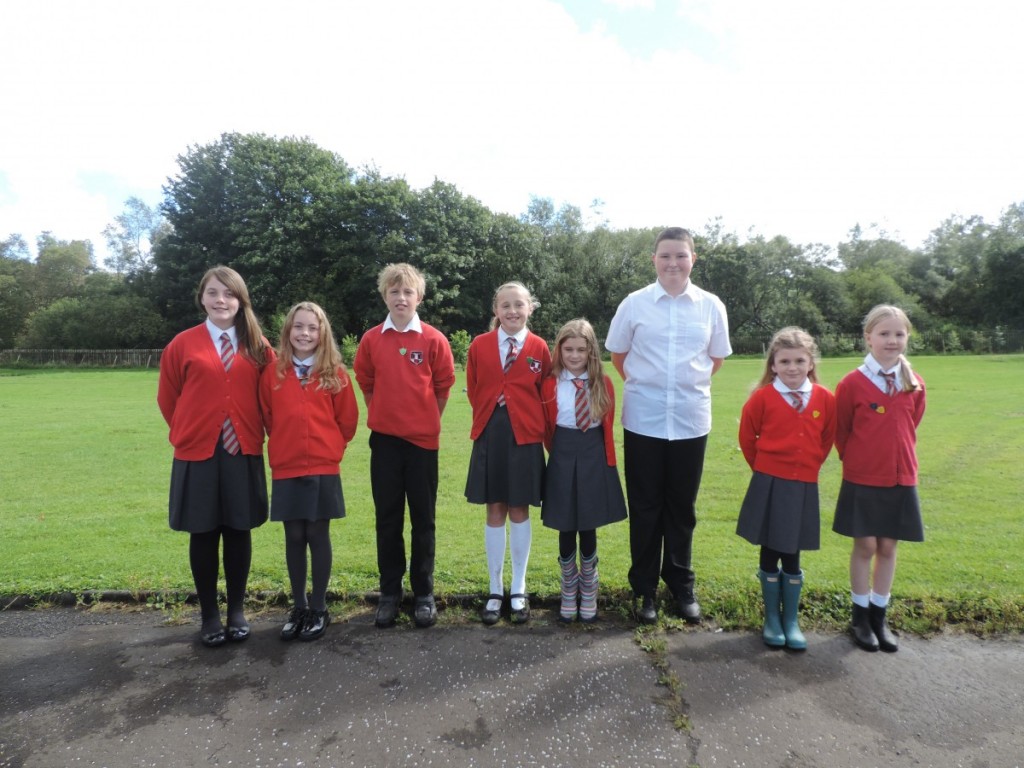 The Primary 7 pupils (and some very eager Primary 6 pupils) presented to their  to their peers at the school assembly on Friday afternoon in order to be voted ‘House Captain’.  Each pupil cast their vote in the privacy of their own classroom and the results were as follows: